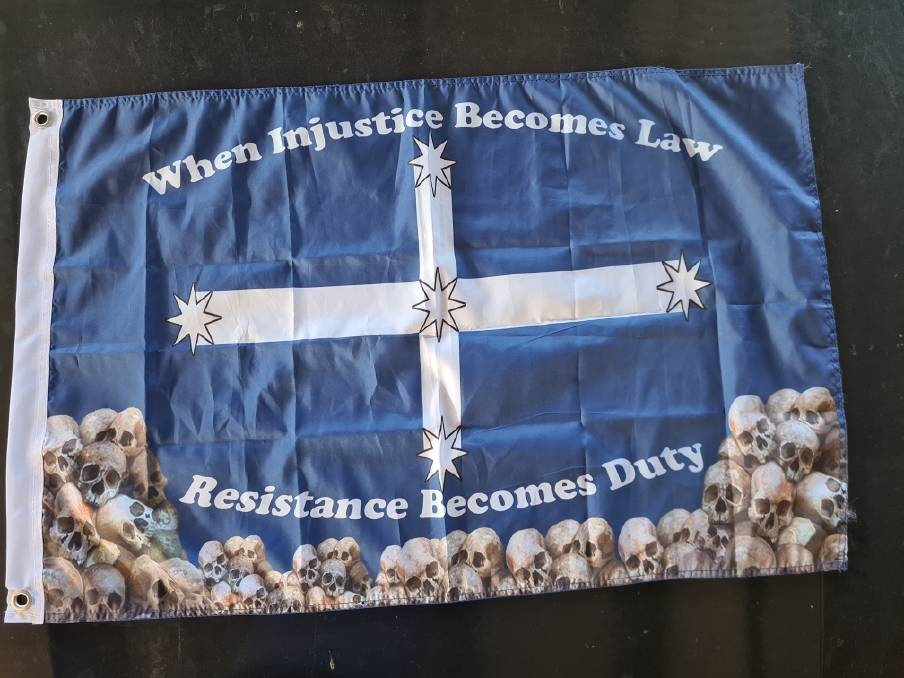 These flags are now flying at the gates of properties throughout the Riverina.

If lawmakers can't agree and the regulator stays mum, a courtroom will be where the status of floodplain harvesting is determined.

A COURT will likely decide the fate of water captured in major rain events by northern NSW floodplain harvesters.

Last month's disallowance of a specific floodplain harvesting regulation was a blow to hopes of a civil outcome managed by lawmakers.

Since the regulation's disallowance on September 22 Horne Legal, acting for Southern Riverina Irrigators, has asked NRAR to rule whether floodplain harvesting is legal or not.

The NRAR board called an extraordinary general meeting last Thursday (October 1) to consider its position in light of the disallowance motion.

On October 2 it advised Horne Legal director Tim Horne that NRAR would not immediately be making public its position on floodplain harvesting.

NRAR chief regulatory officer Grant Barnes wrote to Mr Horne: "The board determined to not make a public statement at this time. I'm advised one may be forthcoming subsequent to further deliberations."

Mr Horne wrote to NRAR on September 29 spelling out SRI's concerns and suggesting the government's bid to licence floodplain harvesters by July 2021 was doomed.

"As of today, it remains unclear what volume of water will be licenced and what will be the conditions of the licences," he wrote.

He said any resolution would be "highly contentious and will likely delay the licencing process beyond July 2021. As such, we are very doubtful that this 25-year long process will be completed within nine months."

That the state regulator has no firm position on the legality of floodplain harvesting helps no-one says independent MLC Justin Field, who proposed the disallowance motion.

He reckons NRAR's lack of a definitive position is letting down both sides of the floodplain harvesting argument and as regulator NRAR must be seen to regulate, and in doing so uphold the law.

She said dams on irrigation properties regularly stored water from different sources and in big rain events, rainfall runoff and overland flows could be indistinguishable.

Ms Miller said as things stood irrigators were in an impossible situation and they eagerly awaited advice from NRAR, the EPA and the Department of Planning, Industry and Environment on what irrigators should do.

Without a clear position from NRAR irrigators in the Northern Basin are left in a precarious legal position should it rain.

Do they catch the water and risk retrospective prosecution once NRAR determines its position, or do they let it go?

Do structures on their farms even allow them to reject the water? If they don't and the water is trapped, are they allowed to use that water to grow crops or must it be left to evaporate?

Only NRAR can answer those questions.

Mr Horne suggested to the regulator, in writing: "the most appropriate course of action is for NRAR to demand that landowners decommission all illegal works, or alternatively all structures built since 1994 that do not have an appropriate approval."

"Once new FPH licensees have a fixed volume of water they can legally extract, they will be at liberty to apply for and build structures for floodplain harvesting under the watchful eye of the department," Mr Horne wrote to NRAR.

He said this meant floodplain harvesters would then know their licence volumes and conditions and the chance of over extraction would be diminished.

NRAR is being watched closely.

Water meter and structure removal in the Southern Basin could be where the 'argument' goes next.

There are militant farmers along the Murray quite prepared to break the law in protest at Northern irrigators accessing free water.

The bottom of the flags are cluttered with skulls, representing farmers forced out of farming by water policy, says SRI chairman Chris Brooks. 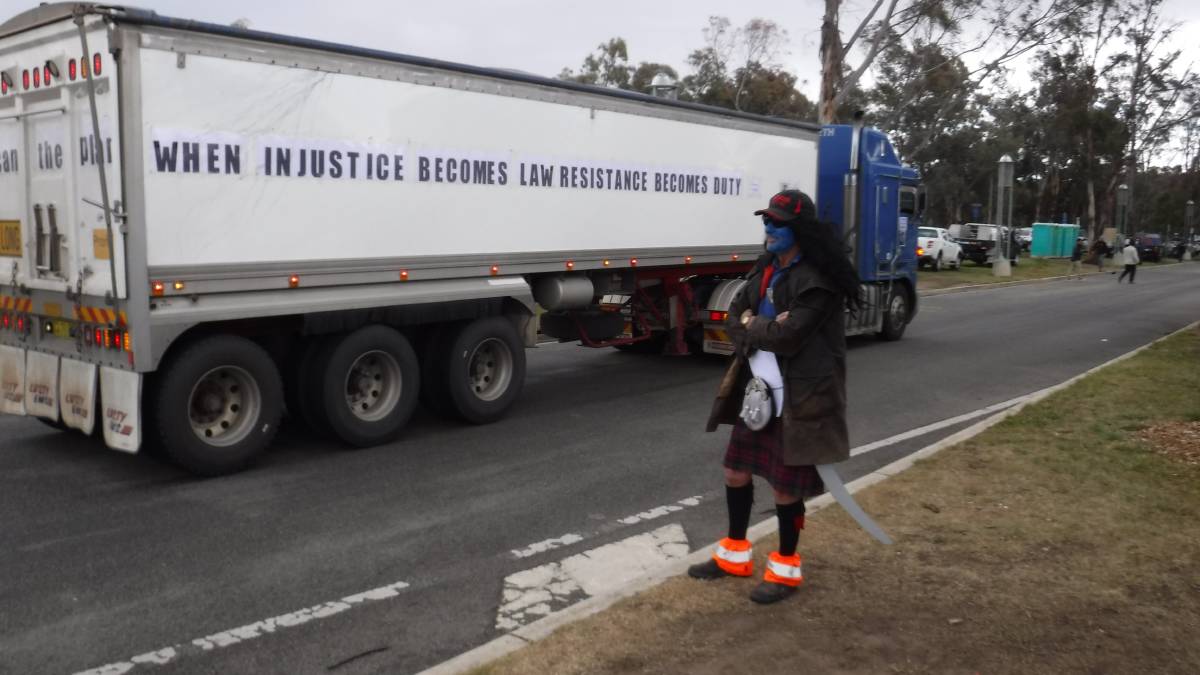 A file photo from the 'Can the Plan' rally in Canberra last year.

The statement in relation to water policy in NSW was first seen on the side of a truck last year at the 'Can the Plan' rally at parliament house in Canberra.

More than 10 months later, resolution seems farther away than ever.

On Tuesday morning Mr Horne said he would be "writing to all and sundry today to see if we can get some kind of determination".

He said northern floodplain harvesters were in a fix and tensions were at an all-time high among irrigators in the state's south.

"If the government is going to delay the rules relating to the Northern Basin, then it must call off rules everywhere," he said.

Mr Horne said some levee banks in the Northern Basin had been built in good faith and with federal government money.

Nevertheless if the Darling River could not contribute its historical average of 39-per-cent share of water to South Australia, Murray irrigators in southern NSW and northern Victoria would be forced to "underwrite increased takes in the North", he said.