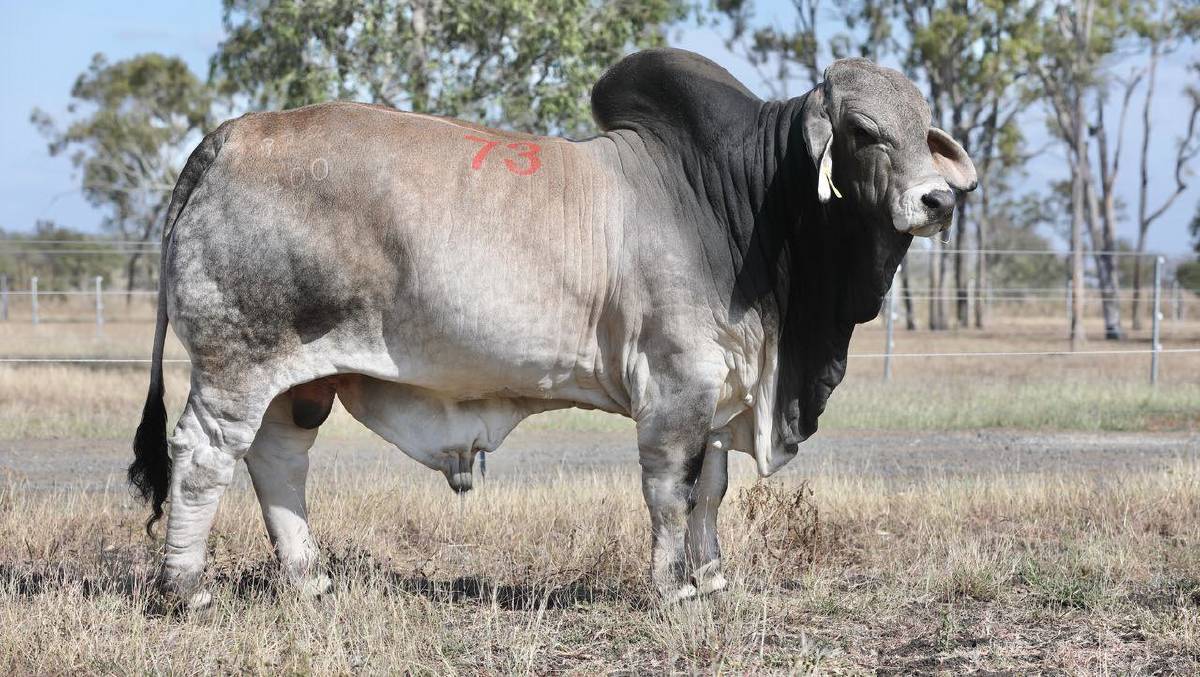 The date has been set for the 2021 Sire Shootout event.

Hidden seedstock gems were unearthed during ACM's inaugural Sire Shootout and the pre-sale exposure has been credited with boosting the price tag on some bulls to record levels.

Of the 82 sires entered in the virtual showcase held in July many of them went on to break breed and sale benchmarks across the country.

A total of 66 bulls sold at public auctions and averaged $24,303 for a gross of $1.604 million while all of the private treaty sires were either sold or retained for in herd use.

ACM is pleased to announced the competition will return on July 6-8 in 2021 with GDL returning as major sponsors along with platinum sponsors Riverina.

GDL's Harvey Weyman-Jones said they saw it as a very useful opportunity to help buyers and sellers to promote and buy the best quality cattle.

"There were buyers who enjoyed looking at the three nights of displays of the bulls and it created interest with studs that they hadn't previously considered," he said.

"From the breeders point of view I know that many breeders received phone calls from potential buyers either that night or the days following the competitions.

"Also there were some breeders sitting back that didn't enter the competition for this first year because they weren't sure of the benefit of it and I'm certain that it will be a lot more strongly supported next year.

"It's impossible to say what they missed out on because it's all hypothetical but the general belief is this is a very cost effective way of marketing your top stud bulls and from there it will flow down to all the other bulls in your catalogue."

Buyers at sales across the country were quick to tell ACM reporters their interest in many bulls began when they followed the Sire Shootout competition.

The top price sire, Nicneil Sugar Daddy, had success in two virtual competitions - winning interbreed bull of The Land's 2020 Beef Battle and finishing top six in Sire Shootout - which was when he caught the attention of his new owners.

Ooline Brahmans, Goovigen, Cambil Brahmans, Proserpine, and Rosetta Grazing, Collinsville, were under no illusions that Sugar Daddy would be cheap and joined forces to take home the 25-month-old son of NCC Sugarwood.

Overall Sire Shootout winner KBV Penfold from Marty Rowlands and Stephen Lean, KBV Simmentals, Murphys Creek, was bound for Western Australia after his new owners saw him take out the competition and paid $24,000.

The platform also helped seal the deal on private sales too with the Limousin bull Morrisvale Quad Runner from James and Casey Morris, Narrikup, Western Australia secured for $10,000 not long after the event finished.

Both bulls sold for $8000 each along with a line of herd bulls to Clayton Curley of Cloncurry after he noticed them in the competition.

"We generally try to sell all privately but decided to take them to Rocky but I wasn't happy with them so we were going to take them to February All Breeds," Mr McEwan said.

"Clayton saw them on the Sire Shootout and wanted to know what was going on. I said we had a heap of herd bulls too. He bought them all unseen, he knows our cattle."

How the Sire Shootout winners sold 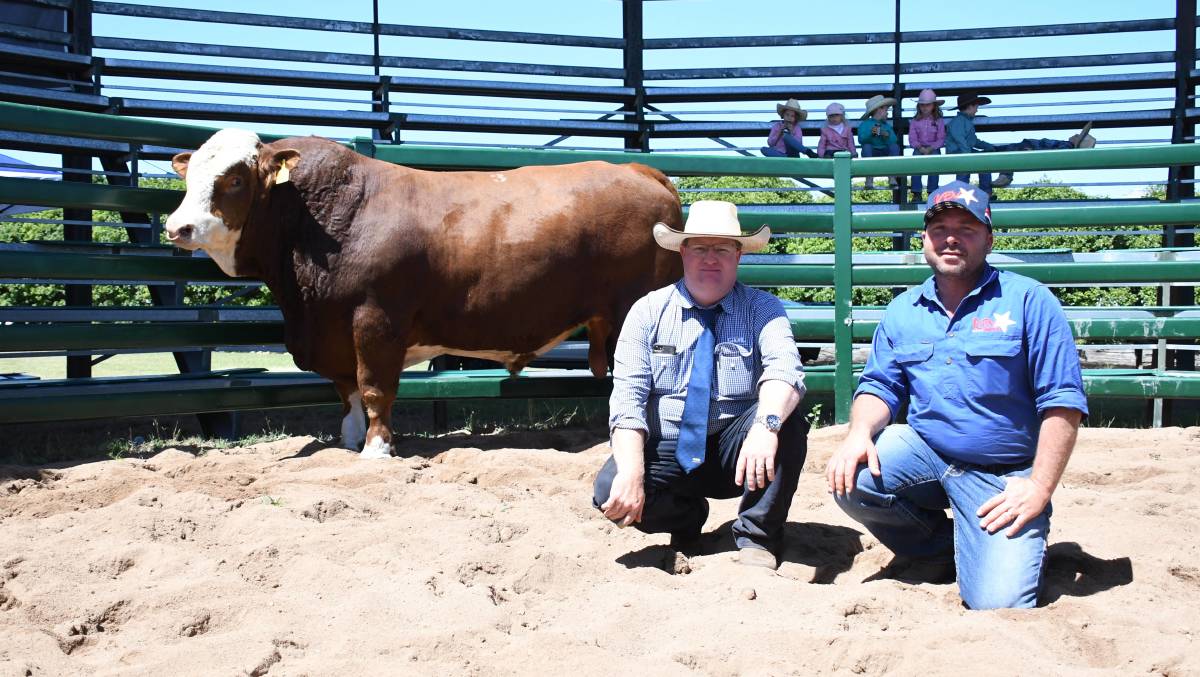 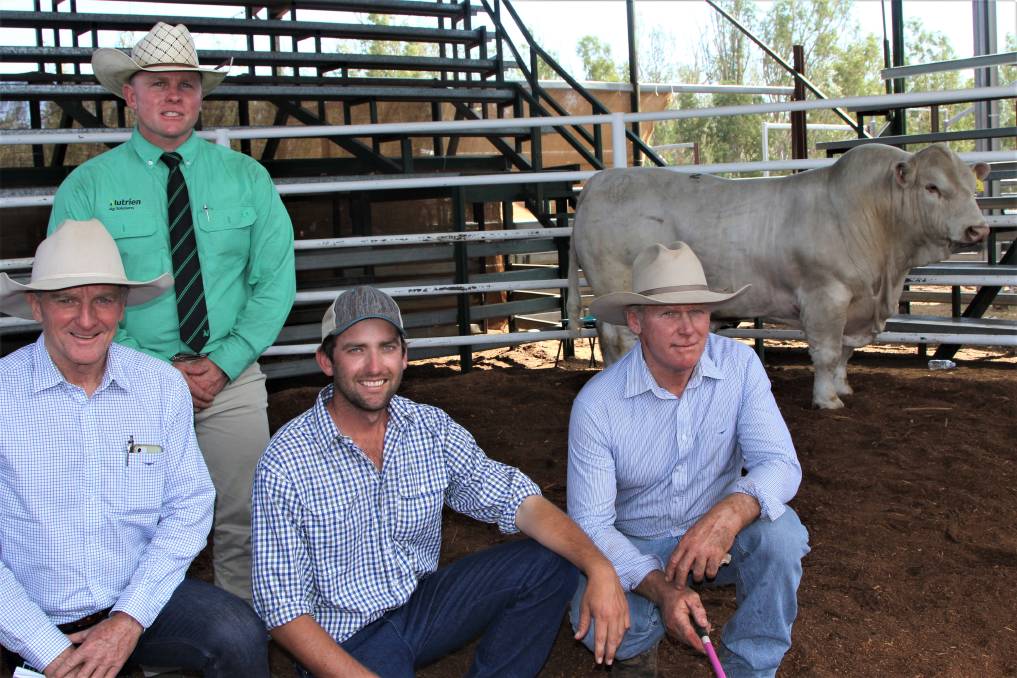 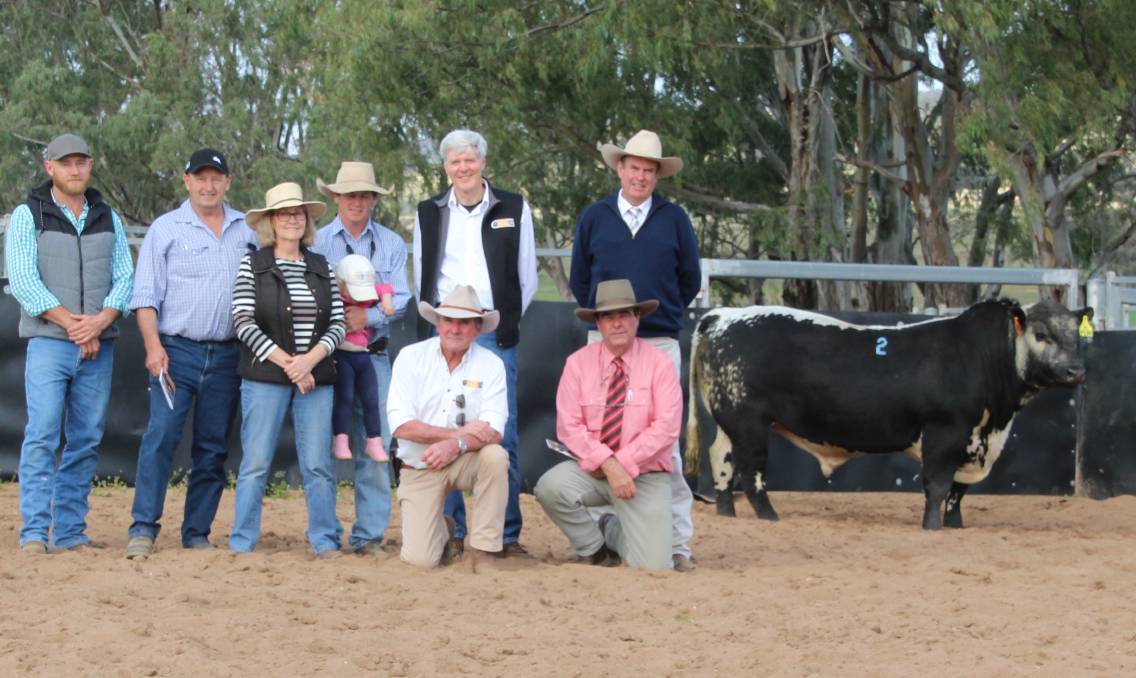 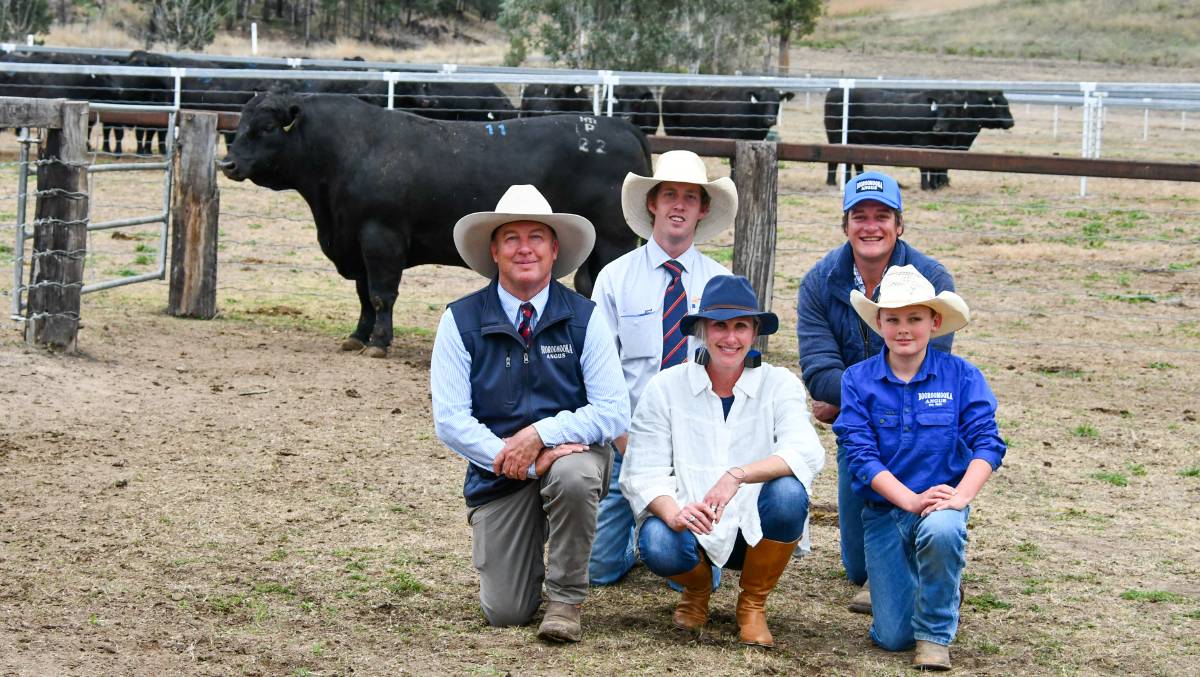 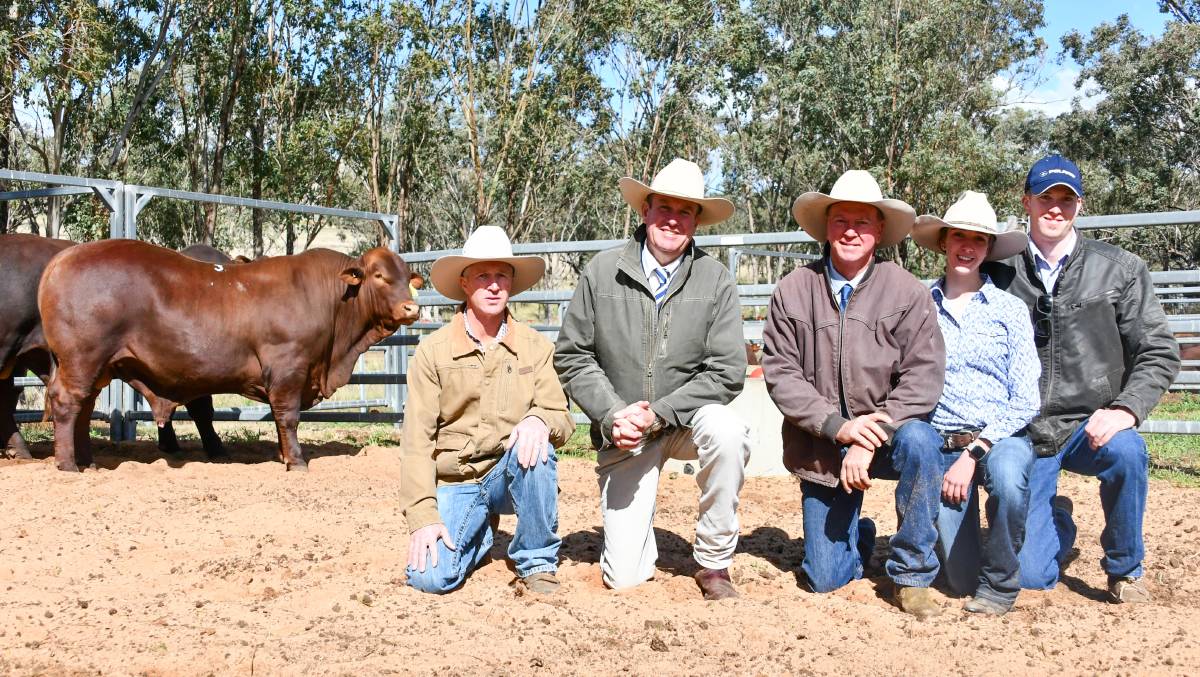 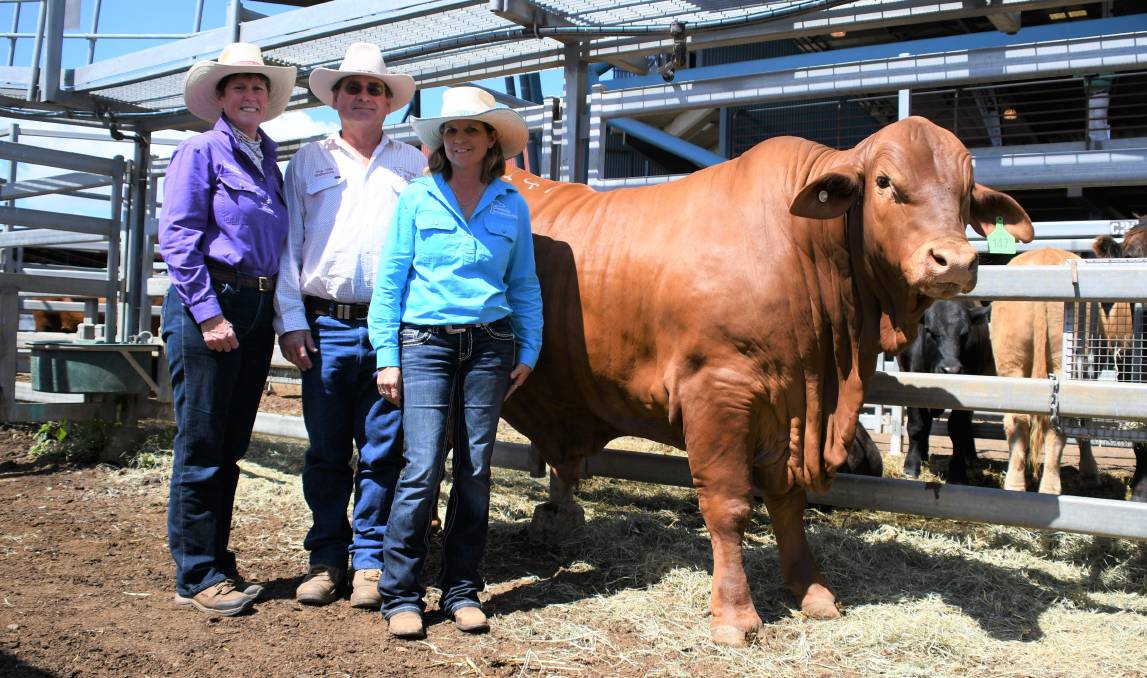 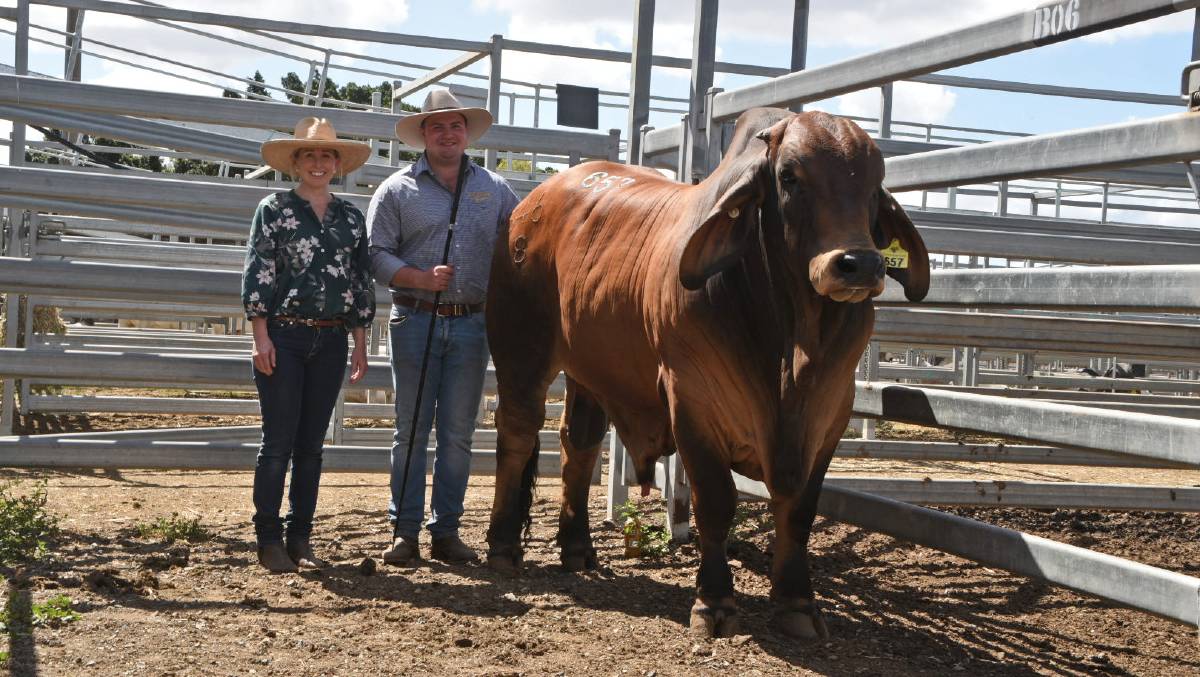 Nungar Plain B6 Nitro - For sale