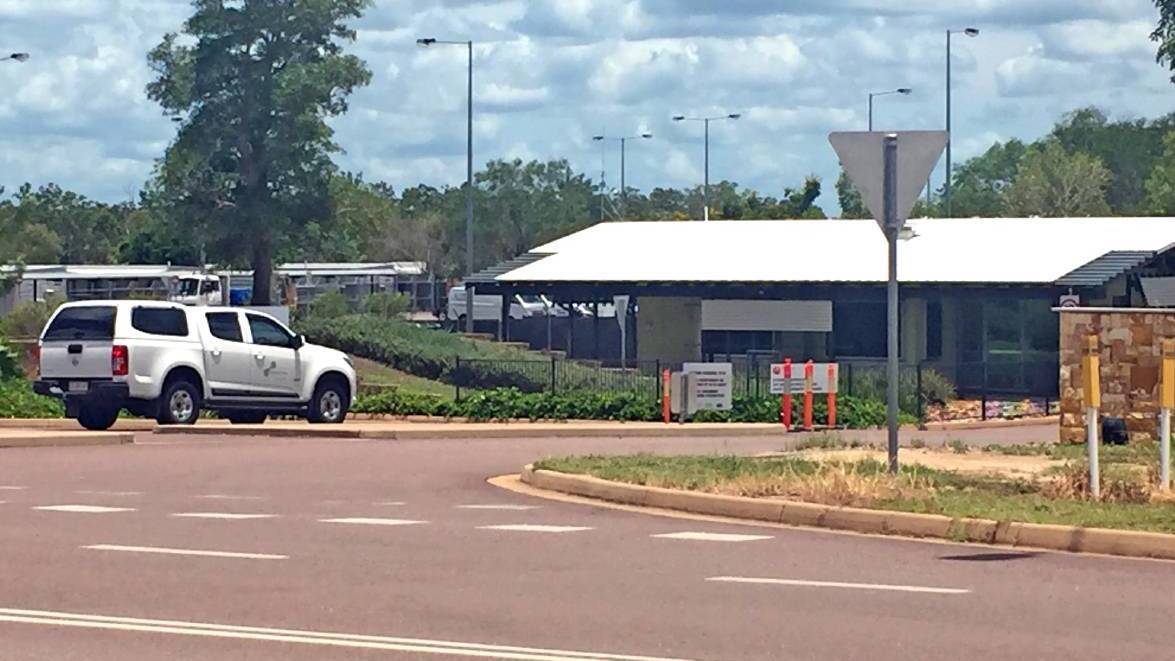 Instead of overseas pickers quarantining here at Howard Springs, they could do it on mango farms, Senator Sam McMahon says.

The Northern Territory's most valuable tree crop is only weeks away from ruin, it has been claimed.

The Northern Territory's most valuable tree crop is only weeks away from ruin, it has been claimed.

The NT Government has been warned the annual mango harvest, with most of the nation's mango trees located in the Katherine region, is facing a $50 million disaster.

Senator Sam McMahon has blamed the NT Government for the crisis, because of its refusal to lift quarantine restrictions for pickers travelling from overseas and interstate.

The Federal Government has also been accused of spending too long putting together a scheme to recruit Pacific Islanders for the harvest.

"The Chief Minister of the Northern Territory, Michael Gunner, is putting in jeopardy half of the NT's annual mango harvest by refusing to allow seasonal workers to quarantine on farms," Senator McMahon, a former Katherine vet, said.

She said the NT mango industry is at risk of having over $50 million of mangoes roting on the ground.

Annually, between 2000-2500 mango pickers from regions that include Timor-Leste, Fiji, Vanuatu and other Asian/Pacific nations, come to the NT to work, but this traditional workforce has been blocked by restricted movement across Australian and international borders because of the pandemic.

"So far we've only had one plane load of 162 workers from Vanuatu come in to the NT," Senator McMahon said.

"This was as part of a trial to see if it could be done safely and successfully, which we've proven. Given its success, the trial has now been extended to the rest of Australia."

Delays in Vanuatu have meant that the follow up plane of workers bound for the NT are not due to arrive until this weekend.

"If they are forced to spend 14 days in quarantine at Howard Springs approximately 50 per cent of the mango crop will have perished.

"Some of our NT mango producers have very good facilities that are suited for on farm quarantine. This would allow these workers to harvest the crop whilst undergoing quarantine, yet Mr Gunner is blocking this as an option," Senator McMahon claimed.

Producing approximately 40,000 tonnes of mangoes each year, NT farmers contribute more than 52 per cent of the combined national crop.

The decision not to allow quarantining at the farms was a collective decision of health experts, the government has claimed.

Minister for Agribusiness and Aquaculture Nicole Manison said: "It was the swift action of our government that has seen the Territory become the safest place in the country.

"Because we are the safest, we are also the first jurisdiction in the country to successfully welcome overseas seasonal workers - and we have another plane load arriving this weekend.

"We will do whatever we can to help our local farmers, except putting the lives of other Territorians at risk.

"Coronavirus is still a real threat and we still need to abide by the health advice and ensure the adequate quarantining of overseas arrivals.

"It is incredibly disappointing that Senator McMahon would ignore the health experts and put Territorians at risk. Her comments are anti-Territorian."