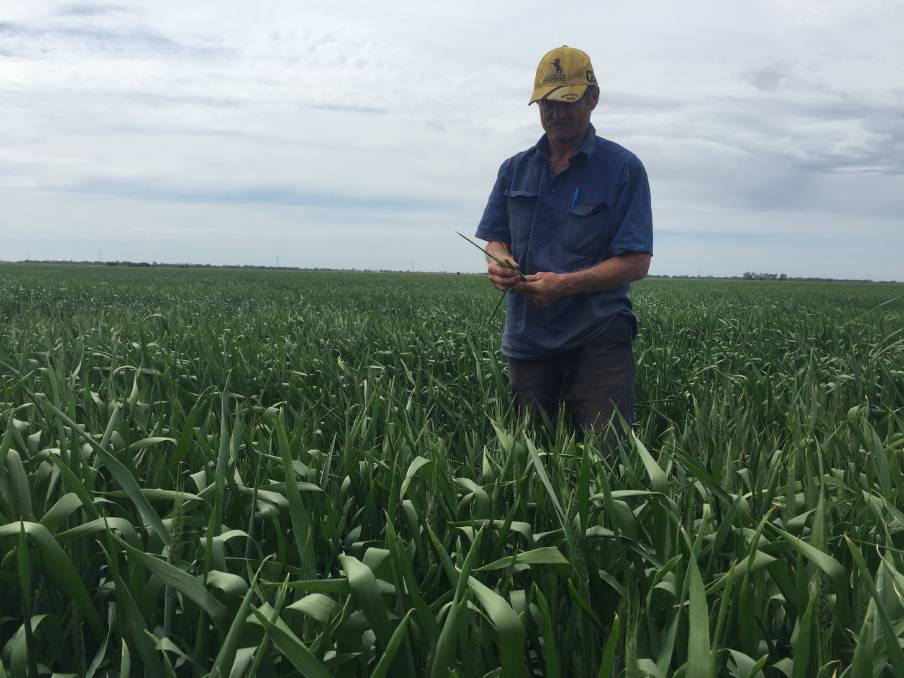 On an overcast day in September, Tim Strong checking the growth and yield prospects of his dryland crop of Scepter wheat sown in May after fallow in 2019.

Tim Strong is gearing up to plant 400ha rice this season, and will sow more if the water allocations on the Murray Irrigation Limited (MIL) system are increased.

On his 1200ha aggregation Willow Park east of Deniliquin set up for growing rice, Mr Strong has sown dryland wheat instead to maintain cash flow due to low water allocations.

"We were thinking about buying water but the economics didn't stack up," he said.

"We had planted dryland wheat which growing well so any water we had or could buy you had to look after those crops." 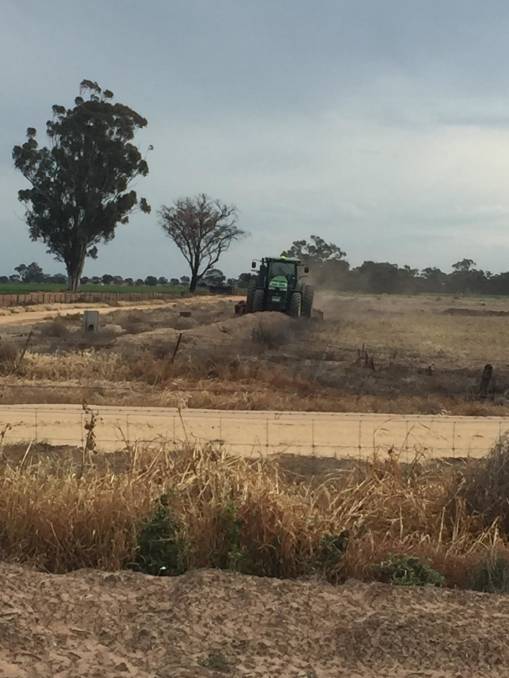 Preparing the banks for the 2020-21 rice season at Deniliquin. Preparing the banks for the 2020-21 rice season at Deniliquin.

But for this season, Mr Strong has confidence enough to have purchased some water which he carried over in anticipation of sowing rice.

"At the start of the season we thought there is a fair chance it will rain after two bad years so we bought some water which will give us the confidence to start preparing some rice country," he said.

"Sunrice were also offering a reasonable price, (above $400 at the time of interview) but it was enough to lock in an area with Sunrice."

Although it has less than last year's prices paid for rice when Mr Strong mentioned around $700 was paid for particular varieties, he felt it was sufficient to justify the buying in of water on a scarce market.

"There wasn't a lot available and we paid above $200meg but we have no allocation we thought at least we could play the water market because that water could be worth more than what we paid for it," he said.

"We have to play the water market more now which is terribly sad and unfortunately the water title is now separate from the land title and we are stuck if there is low allocation on our licence."

Mr Strong did admit tough decisions have to be made and unfortunately the drought has played a part but he further pointed out mismanagement of the system hasn't helped rice growers like him.

"The past couple of years have been very difficult but at least I was able to sow some dryland winter crops with a fair bit of success," he said.

But with current allocation at the time of writing at 26 percent of entitlements, Mr Strong is anticipating sowing close to 250ha rice, not all that much less than during the halcyon days when rice was a big industry across the southern Riverina. .

"In the normal years when there was good allocations of water we were growing between around 300 and 400ha rice," he said.

"We will be sowing the medium grain variety Reiziq."

In July 2020 according to a report in The Land, SunRice was promising to pay $475 a tonne for forward contracted Reiziq rice, in the first paddy pool since 2018.

When interviewed in September, Mr Strong said that initial pool was full although he did take a forward contract before it closed on 3 August.

Subsequently and in response to grower's strong interest, SunRice announced an estimated range of $390 to $450 per metric tonne for medium grain Reiziq in another pool.

With those indicative prices being offered and with possibility of more rain in the catchments, Mr Strong is eager to see rice once more become a serious business for the southern Riverina.

"I certainly see a bit more activity on neighbouring farms," he said.

"They have either purchased water or they are confident allocations will continue to be increased."