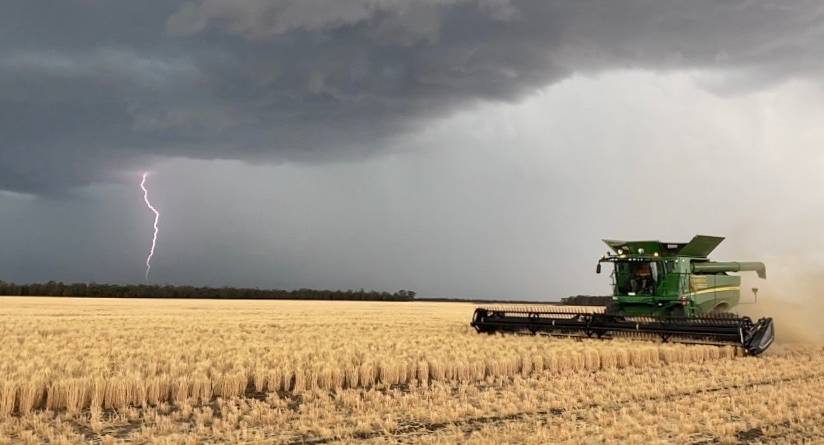 Big wet predicted for next weekend

With more wet weather predicted for the end of the week, the race is on to get some of the best crops in 10 years into the bin before they get damaged.

At Toobeah, west of Goodiwindi, Leigh Bourke's harvester was hard at work in barley as a storm circled nearby.

BB harvesting, based in Donald, Victoria, is slowly making its way down from the north to Victoria as the harvest progresses. 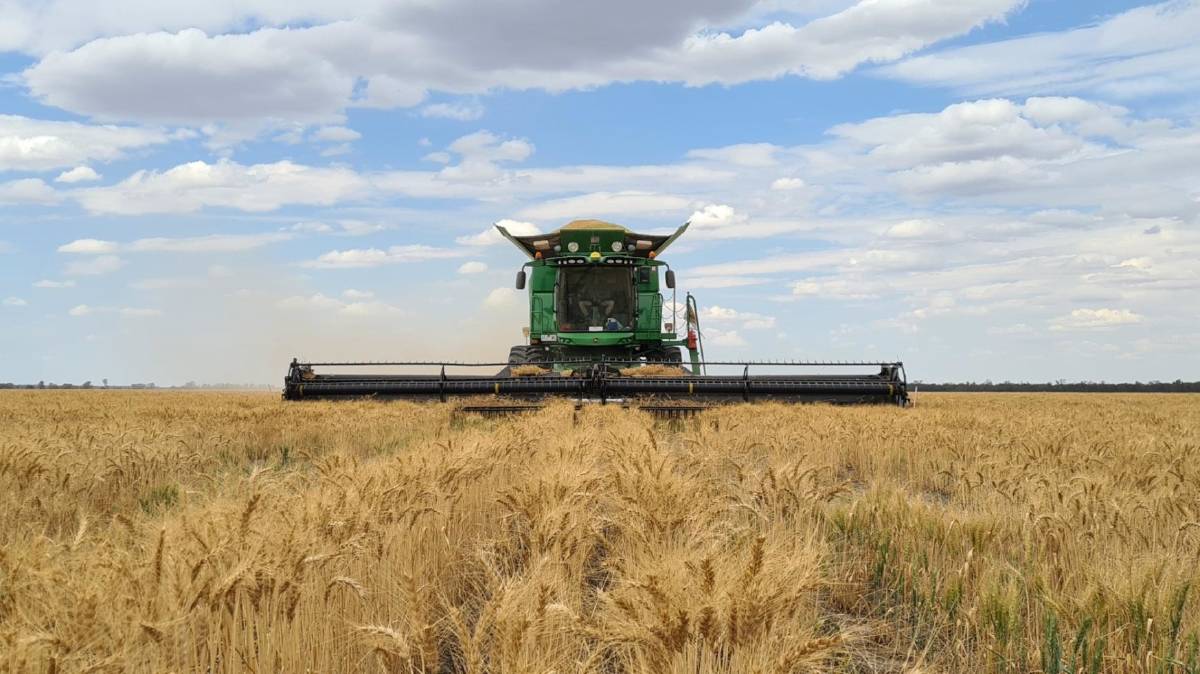 BB Harvesting getting the job done in northern NSW.

"That photo was taken at Toobeah, Queensland, "Leigh Bourke said. "We have three harvesters there harvesting barley at the time of the photo and harvesting wheat there now. 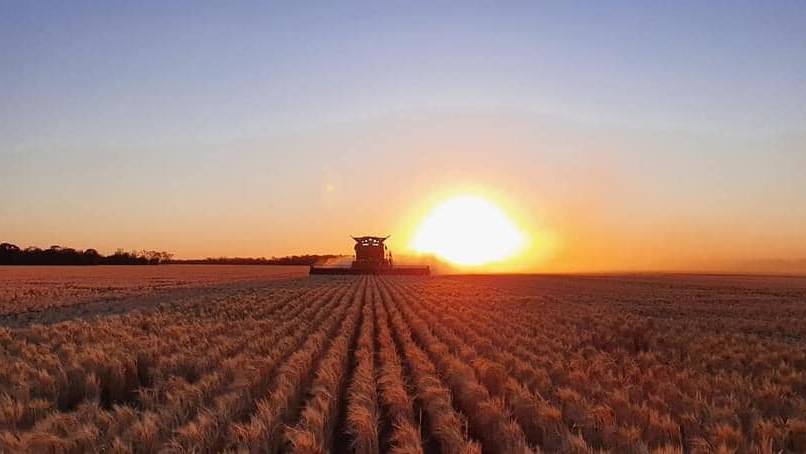 "We also have three machines at Nyngan harvesting oats at the moment."

It's great news that harvest contractors are finally back in business after three years of severe drought. 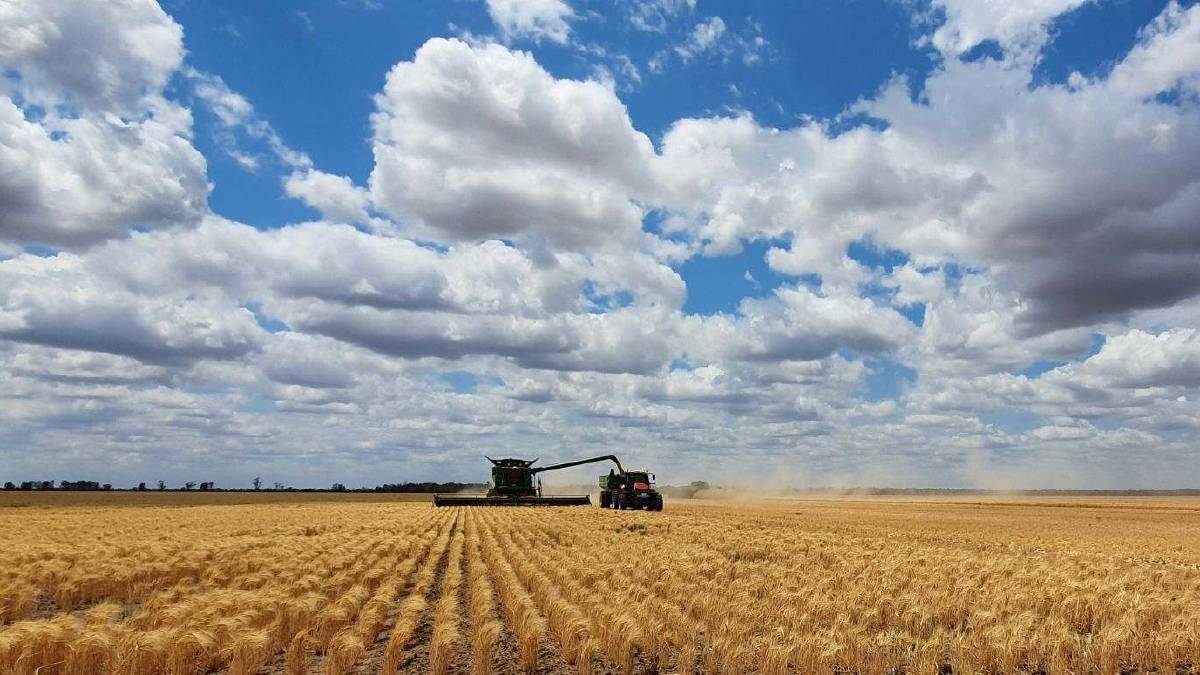 Rain fell across much of the grain belt on the weekend. Moree had almost 13mm yesterday, Narrabri had 8mm, and a storm at at Krui Plains dropped 32mm. The rain was lighter in the central-west with Dubbo scoring 4mm on Saturday, but heavier on the South-West Slopes and Riverina with Wagga Wagga recording 32mm, Corowa 16mm, Cootamundra 14mm and Deniliquin with 14mm. 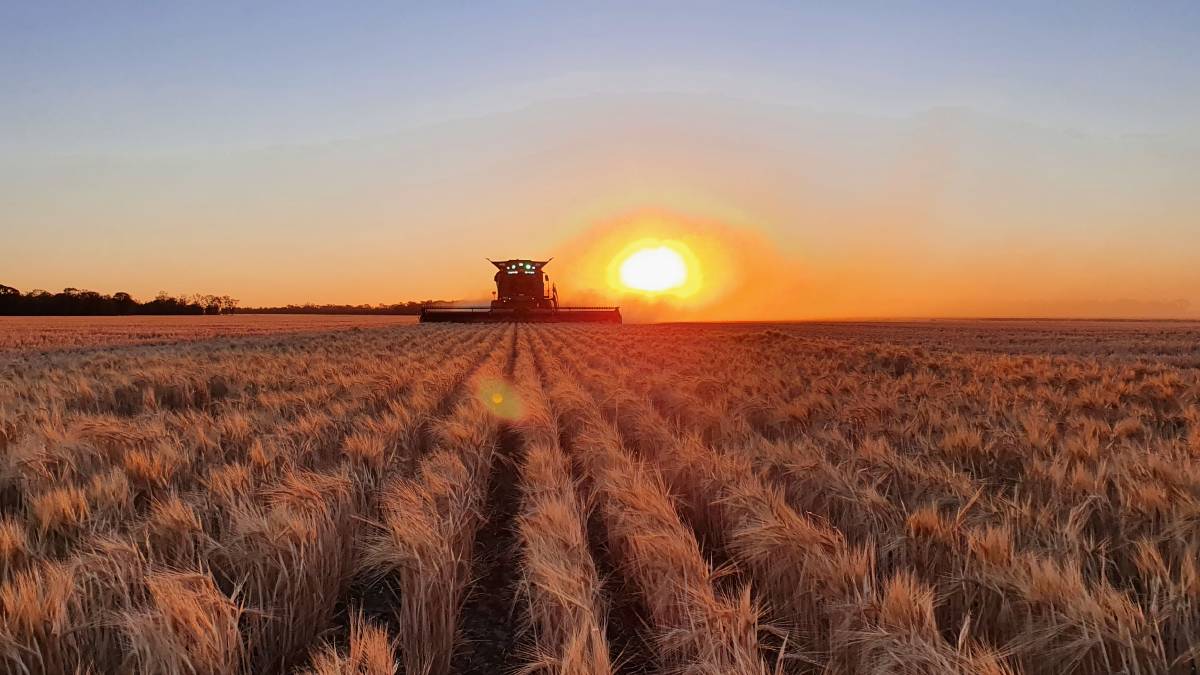 The forecast though is not looking good for the northern harvest this coming weekend with up to 25mm already predicted for this Saturday alone on the North-West Plains. The 8-day forecast based on current models shows 25-50mm through most of central areas of NSW - from the Victorian to Queensland borders by next Tuesday.