Wombramurra has been a name synonymous with stud cattle breeding for well over a century, most recently as the prefix of the former Black Simmental stud of Peter and Judy Howarth. Wombramurra has been a name synonymous with stud cattle breeding for well over a century, most recently as the prefix of the former Black Simmental stud of Peter and Judy Howarth.

Before that, it was a name internationally known as the Nundle home of the world's largest Devon stud, established and held for a century by the Payne family.

But now, the listing for sale of the property Wombramurra East signals the end of the Howarths' involvement with the station they bought in 1989 as Wombramurra, and from the cattle industry.

Chris Ward Property Sales at Tamworth has been engaged to market Wombramurra East, the 1030 hectare (2546 acre) aggregation that was home until its dispersal earlier this year of the Howarths' highly regarded Black Simmental stud. When the Howarths bought Wombramurra (then a spread of about 5600ha) from the Payne family in 1989, they took over with it the long-established Devon stud.

Adjoining country was later added, and the Devon herd morphed by inspired crossbreeding into the so-called Wombramurra Composite and later the Black Simmental, which was soon attracting national attention.

The Howarths began winding down their operation in 2007, when the bulk of the property (6162ha) was sold to the Sylvester family from the Hunter Valley.

That sale was then followed the next year by the sale of the 200ha homestead block.

This left them with a 291ha parcel of high country, to which in 2016 they added the adjoining Kelso property of 739ha, making up the aggregation which is now for sale as Wombramurra East. 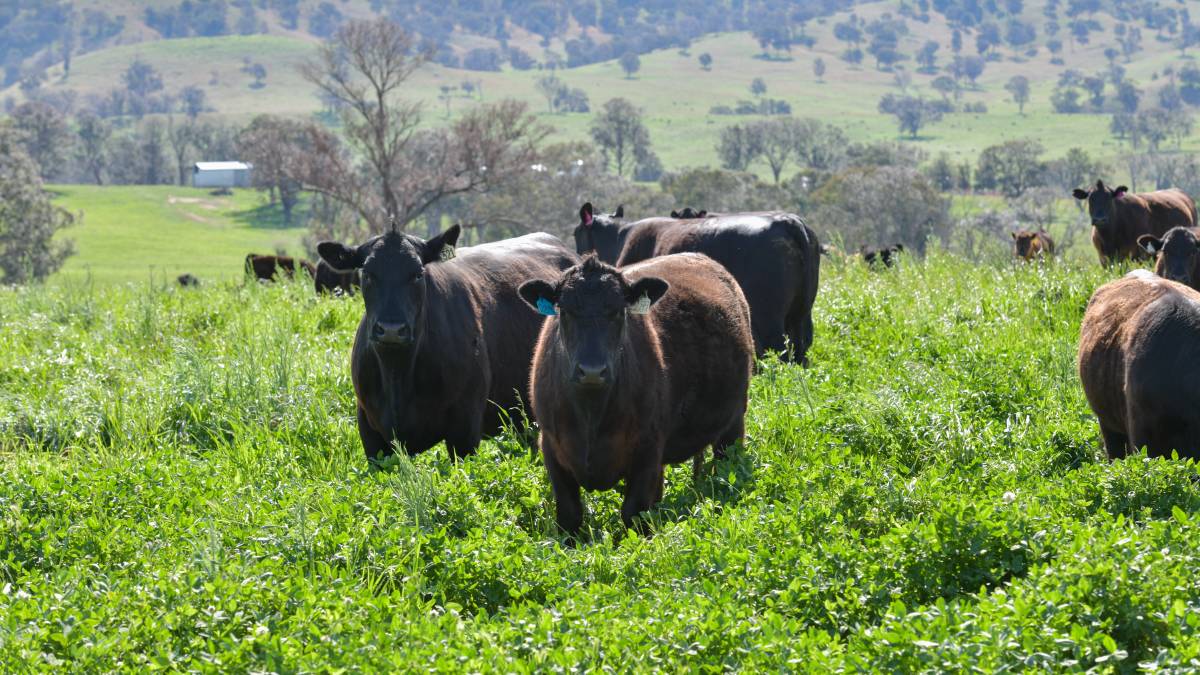 The country rises from alluvial flats bordering the Peel River and Nundle Creek to rolling, open, arable slopes of fertile basalt and loam soils and about 240ha of timbered grazing hills.

An improved pasture mix has been added to about 480ha of the existing native pastures, while a further 360ha of arable country offers improvement potential.

This supports a herd of some 650 mainly Angus breeders, which are run in large mobs moved strategically through the property's 85 main paddocks using cell grazing principles.

Average rainfall is 840mm and the property is watered by its river frontages and bores reticulating to 54 paddock troughs, plus dams.

A feature of Wombramurra East is its Blue Ecco homestead, architect-designed for sustainability by Alex Symes and winner of multiple awards since its completion in August last year.

Set on a rise with 360-degree views, the three-bedroom, timber-lined home is solar powered and has under-floor hydronic heating and a 107,000-litre in-ground water tank filled from the expansive roof.

Used by the owners on their frequent visits from Sydney, the homestead is complemented by a four-bedroom manager's residence and a one-bedroom cottage.

Wombramurra East is being offered for sale by tender, with offers closing on November 12, unless it is sold before.