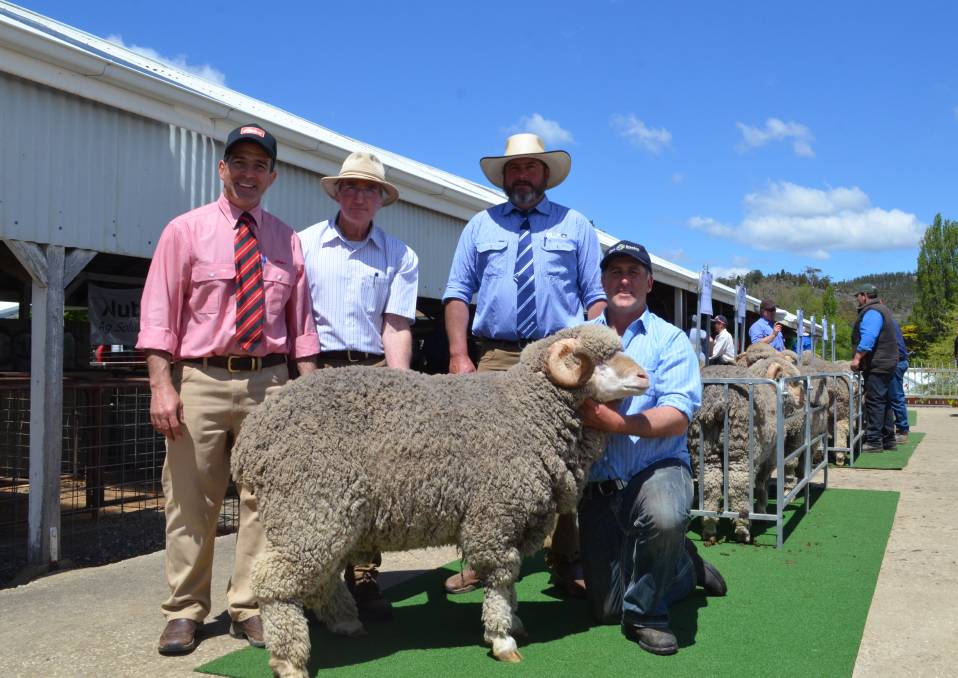 Mr Lynch said he is continually striving to lift the wool cut on his ewes while maintaining the stylish wool for which the Main Range sheep are renowned and his latest purchase will take his flock to another level of production.

"I have just marked 120pc lambs including maidens so their fertility is excellent," he said.

"And with my ewes cutting six to seven kgs I want to lift the quality so I can reduce the number of fleece lines at shearing.

"This ram has a nice, sweet and stylish wool on an uncomplicated frame.

"His fleece is long-stapled and freegrowing on a supple skin."

Mr Lynch further commented he sells his August/September drop wether weaners in December when weaned and last year they returned $130 when bought in a private sale to a client for the past seven years.

Studmaster Steve Tozer was ecstatic with his sale which he thought one of his best ever.

"It shows buyers are still looking for productive and bright soft handling wool on sound rams," he said.

The auction was conducted by Monaro Livestock and Property, Cooma with Will Dixon taking the bids.

Stephen Mackay said he liked the style of the wool and the constitution of his new sire.

"We have using Boudjah rams for the past five years and have seen a lift in our production," he said.

"When I look at rams I consider their size and wool but I also take in their micron and comfort factor and we get great advice from Michael."

Wandella Pastoral Co, Cullerin paid to $4750 in their draft of three which averaged $3750.

"It was an excellent sale, through the tough years Merino's just keep on delivering," he said.

The sale was settled by Nutrien Ag Solutions, Cooma with Rick Power taking the bids.