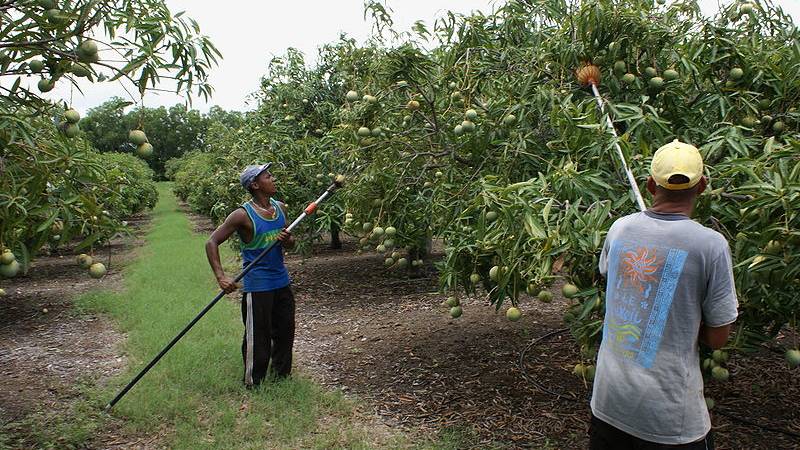 READY AND WAITING: The federal government says there are thousands of Pacific Island workers ready to come to Australia to work on farms, but the state government must get their act together. Photo: WikiCommons

There are thousands workers from the Pacific Islands are ready to work on Australian farms, but it is up to organise their quarantine arrangements before it's too late.

THERE are 22,000 workers from the Pacific Islands who have been pre-vetted and are on standby to come to Australian farms, but it is up to the state governments to approve them the federal Ag Minister says.

The agriculture sector in the grips of a pandemic-induced labour shortage and with harvest season already underway in some parts of the country, farmers are desperate to get more hands on deck.

Agriculture Minister David Littleproud is urging state governments to work with their health officials to approve the quarantine arrangements as a "matter of priority", before it's too late.

"The harvest has already begun and we know our farmers are still short, even after these jobs have been market tested with Australians," Mr Littleproud said.

"With 22,000 people on our doorstep ready to fill these shortages, we need action from the states now.

"We'll stamp the visas but It's now up to the states to adopt the National Ag Workers Code and to approve quarantine arrangements for seasonal and pacific workers."

A parliamentary inquiry recently heard the Seasonal Worker Program could be expanded tenfold with in the Pacific Island nations, to more than 100,000 workers annually.

The government is also trying to encourage Aussies to fill the labour gap - which has historically been challenging - with new measures in the budget, including $17.4-million package to help Aussies relocate to take up seasonal work, with individuals able to apply for $6000 grants.

That will be paired with tweaks to youth social benefits, which will allow young people who choose to work on farms faster access to Youth Allowance and ABSTUDY.

The government has also ruled out the idea of granting illegal workers amnesty to help easy the labour shortage.

The story 22,000 Pacific workers on standby but it's up to states to approve them first appeared on Farm Online.