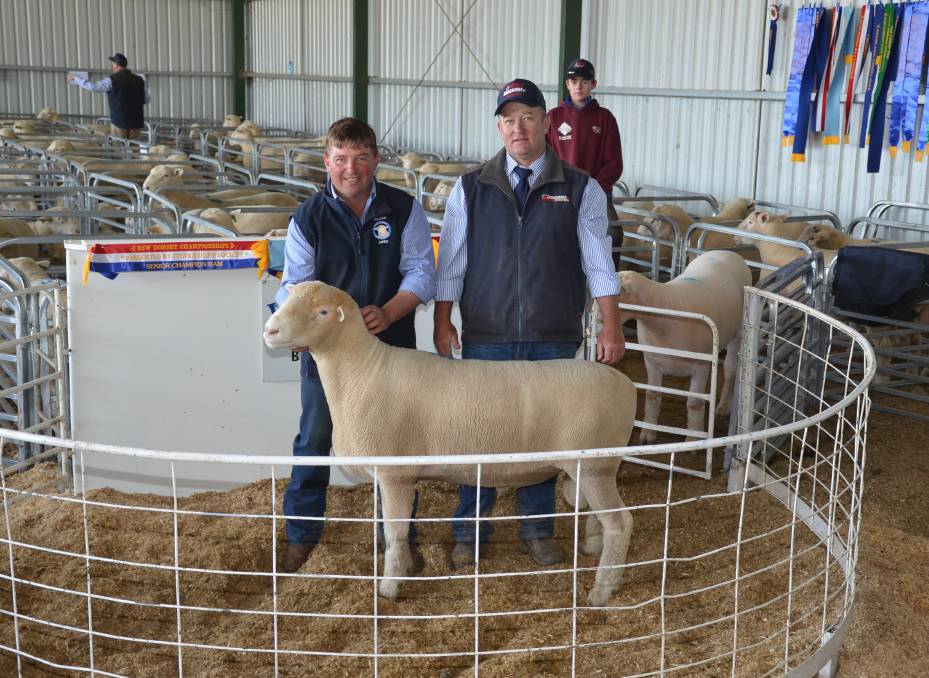 It was Hillden's second spring sale of 2020, having offered 25 rams in an inaugural online sale in September, which topped at $18,000, a record for the stud.

Hillden's James Frost said while the online sale had targeted stud interest, their 34th on property sale focused on their commercial clientele in the local area.

The top-priced ram, bought by agent Jock Duncombe on behalf of a client, was a ram Hillden had used in the stud themselves.

"We think a lot of the ram, he's never had any show preparation, he's done it all himself and he's just a really well balanced ram, with great structure and a lot of meat in him," Mr Frost said.

The ram was by Hillden 860-17, the reserve junior champion Australasian 2018 and sire of all three Hillden champions at the NSW Dorset Championships Cowra in 2019.

The second-highest priced ram was the next in the catalogue, bought for $3600 by David and Elaine Sainsbury of Rosewood Poll Dorset stud, Rye Park.

Mr Sainsbury said they were chasing the ram for his bloodlines, which go back to Tattykeel.

"He's got the length, which I was looking for, and also the style and the type, his stance, he's very heavily boned with a lot of depth in him," Mr Sainsbury said.