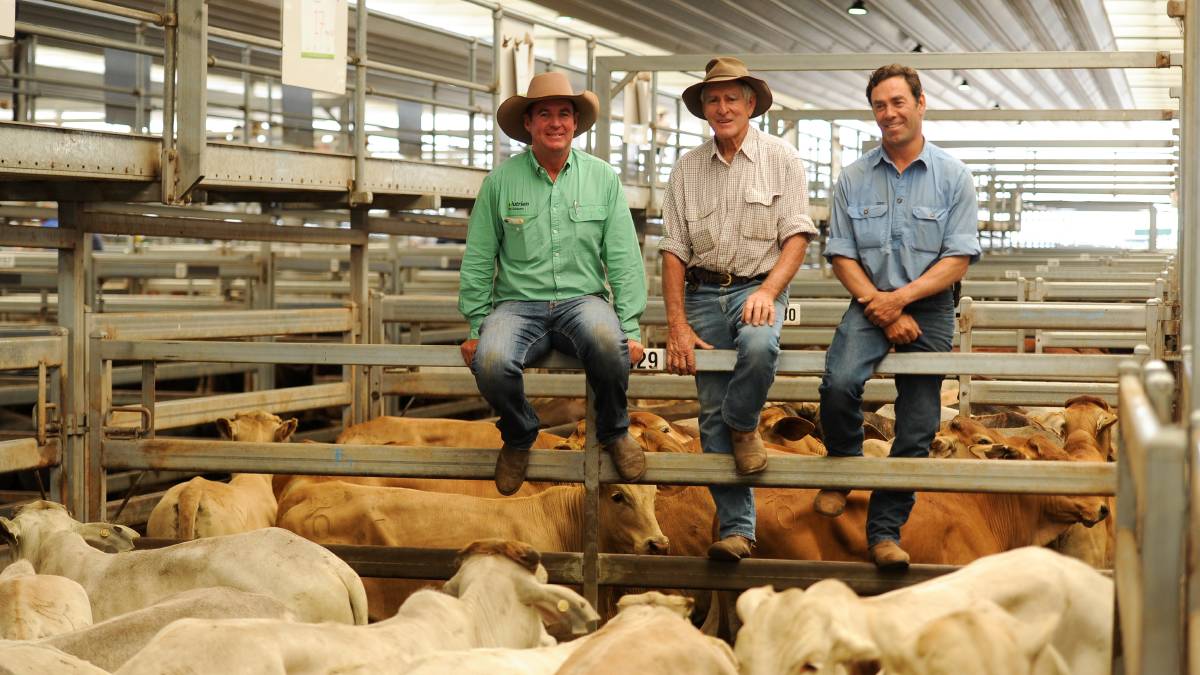 Prices too tempting for producers to be sitting on their hands.

Weaner cattle from parts of NSW and Queensland are hitting the market ahead of schedule, the prices too tempting for producers to be sitting on their hands.

Brian Unthank Wodonga agent Jim Hiscock said he expected there to be less than normal numbers for their January weaner sales with producers already jumping the gun due to the good season and prices.

"I have sold steers which would normally have been held for the January sales, but they were heavy enough and with good current prices vendors decided to sell," Mr Hiscock said, while adding that he still expected to have good drafts of well-bred weaners for sale in January "with very good weights".

Corcoran Parker Wodonga agent Justin Keane agreed, saying their normal new year weaner sales were on track, but he did expect the offering to be up to 50 kilograms heavier. Julie and Stephen Felton, Roseneath, Bendemeer sold 24 Angus heifers for $1800 a head and 20 at $1780. They would usually hold on to them as breeders, but opted to capitalise on the strong market. Photo: Lucy Kinbacher

Alternatively, in some parts of NSW and Queensland it has been a lack of rain which has led producers to offload their weaners.

Emma Fessey of AuctionsPlus Market Insights said the market for young cattle has exploded in recent months, with weaner steer and heifer listings in 2020 increasing by 33 per cent compared to 2019.

"With patchy and drying conditions across much of northern Queensland, many producers who rarely sell young cattle are attracted to the historically high prices and are selling heifers and steers earlier than normal," she said.

Also read: Impacts of the big sell-off felt by the market

Last week young cattle made up a substantial portion of the overall offering on AuctionsPlus, with nearly 18,000 head presented. Queensland dominated listings, offering 34pc of the total catalogue.

But, Queensland cattle are not only headed online.

Tamworth Regional Livestock Exchange attracted large lines of weaners from across the border at its 3400 head store sale on Monday, including 500 Charbray and Charolais infused grey Brahman steers from Dirranbandi which sold from $700 to $1180.

Darryl and Simon Smith of Quirindi purchased 40 head of the Dirranbandi steers.

Simon Rafferty, Nutrien Tamworth said there were no set rules anymore as to when people were turning off cattle.

"I think all the rules have been broken with the drought and the good season and the high prices. It's just week by week at the moment," he said.

Ian Morgan, Ian Morgan Livestock, Quirindi spoke to the Tamworth Livestock Selling Agents via the association's Facebook page and said a lot of their vendors that purchased back in May, June, July were selling now and were making some respectable margins.

Others, like Julie and Stephen Felton, Roseneath, Bendemeer, have decided to capitalise on the strong market by selling their heifers as weaners instead of holding on to them as breeders.

"You could have knocked me over with a feather, it's fantastic money," Mr Felton said.

"But you take the average over the last couple ... we needed this great sale to give us some more confidence."

Remnants of the drought are returning in the state's north-east corner, as rain fronts continue to pass to the south.

At Old Bonalbo, west of Casino, cattle breeder Darryl Amos has been pushed to sell steers prematurely due to a shortage of water.

Saleyard prices took the sting out of the early sale for Mr Amos who sold his steers into the Casino store sale for 393 cents a kilogram.