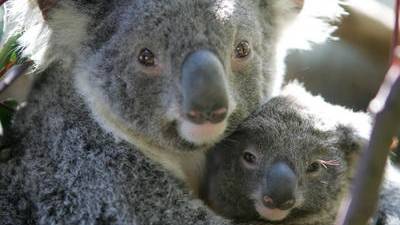 An emotional debate in the NSW Upper House on Thursday night has resulted in the clock being wound right back on new koala protection legislation, with the state's rural land holders now asked to refer to the old SEPP 44 when making decisions about farm maintenance.

The proposed Local Land Services Amendment Bill which would have released rural land holders from restrictions demanded by the new koala planning policy will now be referred to a parliamentary committee on planning and the environment headed by Greens senator Cate Faehrmann.

"Our farmers deserve certainty and they do not deserve to be held to ransom by a Greens-controlled inquiry," said a joint statement issued by the NSW Premier Gladys Berejiklian and her deputy John Barilaro who confirmed that in the new year government will develop a policy to protect koalas and the interests of farmers.

Thursday's night debate did not come without tears as North Coast MLC Catherine Cusak contentiously crossed the floor to join Labor, the Greens, the Animal Justice Party and independent Justin Field to prevent the approval of a modified Koala SEPP - by just one vote - and to send it to Ms Faehrmann's committee.

Ms Faehrmann then announced: "If not for the courage of Catherine Cusack, the koala would have been sacrificed for the sake of preserving an increasingly fractured Coalition."

Friday morning on Sydney talkback radio Mr Barilarlo, who previously threatened to cross the floor over this same issue, praised Ms Cusack for bringing it all to a head.

However, those who represent industry are saying Thursday night's bunfight has merely resulted in progress over the contentious issue being set back almost a year with basic concerns over farm maintenance and native vegetation management remaining unresolved.

Farmers will now go back to working under the old SEPP 44 with uncertain rules surrounding fence line clearing and other farm maintenance practices.

"In an after-the-buzzer announcement, the Premier and Deputy Premier have scrapped the new SEPP, reverted to the old SEPP, and agreed to sit down with farmers to develop a new policy to protect koalas and the interests of farmers - Something NSW Farmers has been requesting from the start," said NSW Farmers' President James Jackson.

"The Koala SEPP's overreach into agricultural land has caused farmers and regional communities a great deal of hurt and insecurity this year, so this decision leaves many wondering what has all this been in aid of?

"This year has demonstrated that one ill-conceived and poorly drafted planning instrument can instantly strip away farmers' property rights and destroy their business - this level of sovereign risk is not acceptable in a leading sub-national economy like NSW."

Forestry consultant and critic of the new Koala SEPP Steve Dobbyns said Thursday night's decision to revert to the old SEPP 44 on rural lands matters was a failure of government at the hands of an activist bureaucracy.

"For the last 12 months rural enterprise has been demonised as koala killers." he said. "Nothing has been gained. There has been no wins for farmers. Legislation has been reversed and we're back to the old SEPP.

There will be some relief for rural landholders in that core koala habitat will once again require breeding animals to be present, not just a previous sighting.

"Under that SEPP there are farmers who are no longer able to clear their fence lines," he said.

"It is similar with the old SEPP 44 under which councils still have the right to rezone areas as E-zones."