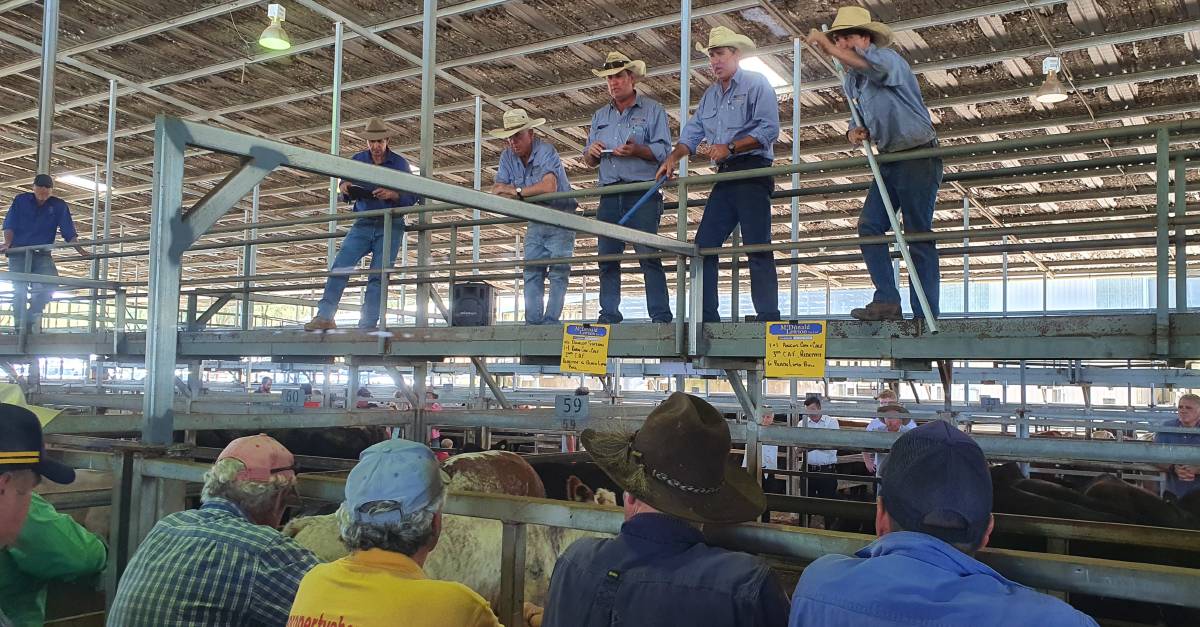 The sale was firm in all sections although PTIC females were 50c/kg to 80c/kg cheaper. - McDonald Lawson agent Bill Lawson

COWS with calves were the major section among the 400 head offering with two Poll Hereford units topping at $4125 during the Mudgee store cattle sale last Thursday.

These came from Robbie Holdaway, Binnawee, Mudgee, and had calves seven to eight months and were pregnancy-tested-in-calf selling to the Ridge family, Kalua, Geurie, who also paid $3950 a unit for a line of black baldies.

McDonald Lawson agent, Bill Lawson said the sale was firm in all sections, although PTIC females were 50c/kg to 80c/kg cheaper than the past sale.

The sale was conducted by Mudgee agents CS Livestock, Elders and McDonald Lawson.