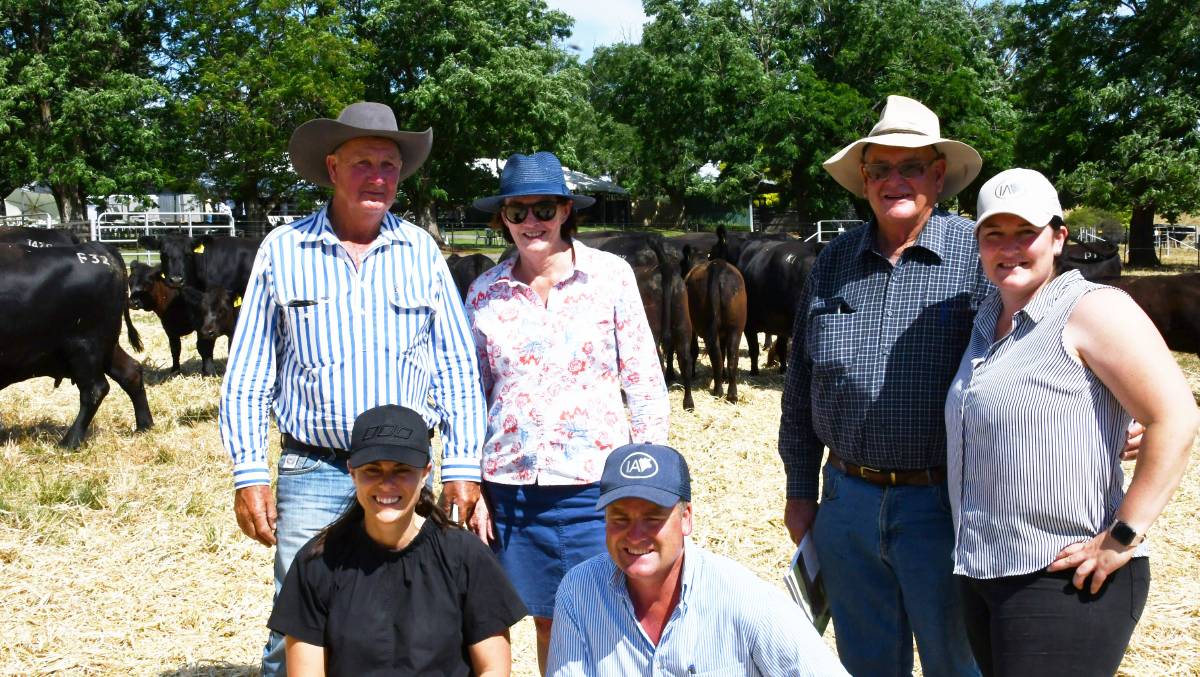 All eyes were on the sale ring at Irelands Angus last week as the stud pulled the curtain down for the final time as commercial buyers played hard ball with stud buyers taking home a large percentage of the females to bolster performance in large scale commercial herds.

The Irelands Angus female dispersal saw a flurry of online bidders over two days while a gallery of 50 attended on farm as all 342 lots cleared as commercial buyers set a strong pace with the stud world.

The sale was a court appointed receivers sale of the Irelands Family Trust.

She was Irelands Vicky H359, a daughter of Rennylea Edmund E11 out of the Irelands Vicky maternal line, balanced with a low birthweight figure of +1.5, growth upo to +85 for 600 day and positive carcase data, lead by a +11.5 eye muscle area.

Mr Heazelwood said he was after a cow with plenty of substance and a good data set behind her and she had that in spades and a maternal line we were chasing.

One of the biggest players on the day via the Elite Livestock platform was Robert Mackenzie, Macka's Angus Beef, Salt Ash, who played heavily at the top end securing nine Autumn drop females including the top Autumn drop cow and calf unit as well as the top AI cows for $12,000 apiece in a draft averaging $7389.

Mr Mackenxie then loaded up again on the second day securing eight Spring drop females to tops of $13,500, averaging $9877, before snapping up the feature stud sire lot in Peakes Reality for $23,000 and a second sire at $10,000. 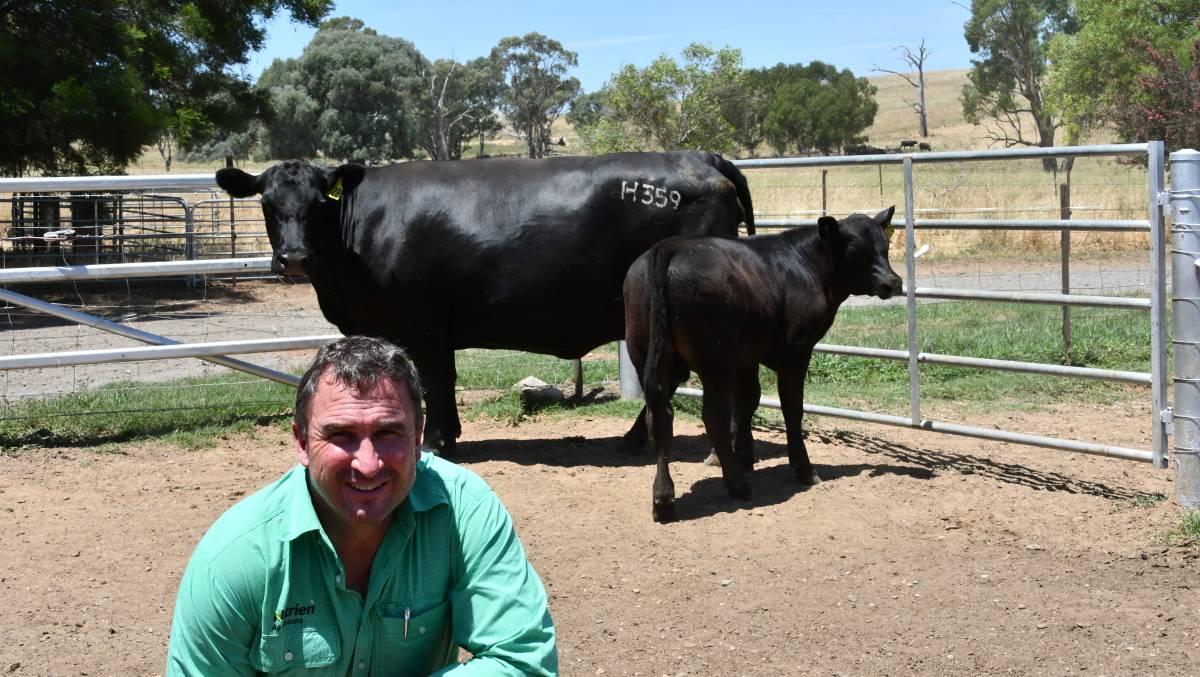 Mr Mackenzie runs 3500 Angus breeders on 14,000 acres from Salt Ash to Gloucester with a focus on producing high quality cattle for their own boxed beef branded products marketed overseas and domestically, as well as producing high performing powerhouse females for other breeders to benefit from.

"Our focus is on producing powerhouse females to upscale our high performing herd, with an aim to produce calves that backgrounders, feedlot and restockers can all benefit from the performance we are aiming to put in our cattle so everyone is profitable across the chain," he said.

"We bought bulls from across six studs this Spring for our herd, that all had a high maternal influence for our herd, with good data sets around IMF, Milk and growth," he said.

Mr Mackenzie said they bought from the sale with an intention to by the heart out of the herd and he believes he had achieved that and he looked forward to add the matrons to the 100 plus stud cows he already has running in his commercial herd.

Tim Baylis, Ray White Dorrigo, set the pace for most of the sale securing 48 females across most categories to average $4896, in a draft grossing $235.000.

Mr Baylis bought on behalf of Hysante Pty Ltd, Ebor, who said they were a top end commercial operation wanting to secure some high performing females to bolster their 1300 cow herd .

Mr Baylis said they produced weaners for the feature sales on the New England and the balance went to the feedlots and the reason they were chasing good cow lines like the Eclypta and Vicky lines, coupled with a lot by the Peakes Reality sire.

Ms Peeck said she was looking to start her own stud and wanted a strong base of cows and heifers that had pedigrees to give them a solid base.

John Ross, CJ Pendergast and Company, Benambra, Vic, had been a long time client at Irelands and wanted to add some pedigrees to their commercial herd and did so buying 14 Autumn cows averaging $4214, Six Spring cows at $4333 and a bull at $7000.

Rebecca Dalton, Hillston, is a commercial breeder that had been buying bulls for 12 years at Irelands and wanted some fertile females with good growth and landed 13 at $3827.

Peter and Alison Drwe and daughter Georgina, Newpark Enterprises, West Gippsland, Vic, bought six Autumn drop females at $4583, 16 Q heifers at $2688 and a bull at $10,000, to put a bit of youth in their stud and said it was the last time they could buy from Corey and his bloodlines.

Denis Hayward and Jan Griffiths, Everton, Vic, run 800 cows and secured six Sp[ring drop cows at $3917 and 25 Autumn females for $3950 to join his herd and to be used to breed a few bulls for himself.

Denis and Brenda Whiffen, Conbargo, came to irelands a few years back for Beef week and liked the cattle so thought they would come and grab some females to join their commercial herd and have a bgreak from the farm after the horrendous bushfires back in January.

The sale was conducted by Ray White with Michael Glasser, James Brown, Kevin Norris and Blake O'Reilly as auctioneers.