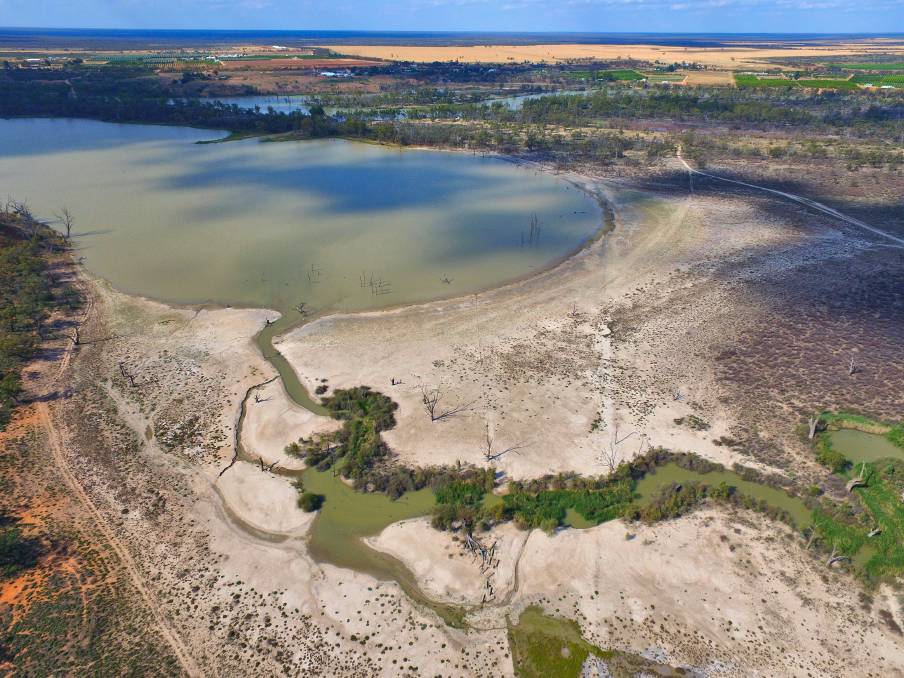 Accusations fly about a lack of government understanding of the impacts of the Murray-Darling Basin Plan, which some say needs to be reviewed and revised

Federal Water Minister Keith Pitt, in his December Murray-Darling Basin Ministerial Council (MinCo) media release - and in statements to the Victorian and New South Wales water ministers - shows he truly has little grasp of the practical feasibility of the Murray-Darling Basin Plan (MDBP), the massive impacts it is having on the southern connected basin or the fact that, in its current format, it is unviable, unachievable and doomed to fail.

Mr Pitt's basic knowledge of the Basin is severely limited when he claims (in his media release) "I could hear the groans go up in towns from Goondiwindi to Gawler at the suggestion of yet another review".

Get the map out Minister - Gawler is not even in the Murray-Darling Basin.

The minister has done nothing to address and alleviate the concerns of farmers and irrigators.

The 'Independent assessment of the social and economic conditions in the Basin' Sefton report sat on his desk for five months, as he claimed it deserved full attention to its detail. Yet he failed to instigate even one of its recommendations.

The Minister said there would be no more buy-backs, but - when pressed - stated he would not introduce legislation to ensure buy-backs did not occur .

He previously stated 450 gigalitres would only be recovered through off-farm projects.

Yet his department continues to advertise and advocate for on-farm projects, as seen with another six on-farm 'efficiency' projects in South Australia on his department's website.

To add insult to injury, any water recovered in SA is not delivered from that state - but will come from 2000 kilometres upstream in storages where it is stored by the Commonwealth Environmental Water Holder (CEWH).

The sheer stupidity of it all is that, due to thousands of natural constraints in the river systems, the 450GL cannot be delivered without causing massive flooding to private freehold landholders, public infrastructure and environmental degradation.

This is particularly in areas such as the Barmah Choke, where channel capacity has already reduced from 10,000ML/day to 7000ML/day in a relatively short period due to increased duration and frequency of overbank and full channel capacity flows.

The 450GL upwater should be abolished.

If recovered through on-farm water efficiency projects, it will yet again reduce the irrigators' consumptive pool in the already struggling Goulburn Murray Irrigation District - which is the food bowl of Victoria.

It is NSW and Victoria that are the 'donor' states, having contributed the biggest majority of environmental water for the Basin Plan - and consequently suffering very significant socio-economic impacts.

It is all very well for the Australian Capital Territory and SA to call for further water recovery and for more rapid progress, as these regions have contributed little in water savings - with SA being the main beneficiary of the pain and hardship caused by water recovery in Victoria and NSW.

The 450GL upwater was a last minute addition to the Basin Plan by then Minister Juia Gillard and used as a political step to retain the SA vote in Federal Parliament.

The 450GL and Constraints Strategy were enshrined in legislation under the Water Act prior to any investigation as to whether this volume of water could even be delivered.

It is imperative that the environmental objectives of the Basin Plan be immediately reviewed, as many of these - with the step-change in climate - are simply not feasible.

The objectives of flooding on a periodic basis, high level wetlands and forests and keeping the Murray Mouth open 95 per cent of the time can not be achieved.

The last time the Basin Plan target of 80,000GL/day reached the SA border was during the 2016 floods, when 203,000ML/day was flowing past Tocumwal and created millions of dollars worth of flood damage to roads, crops and property.

It is obvious that 450GL can not, and should not, be recovered due to deliverability and third-party impacts.

Victorian and NSW communities of the southern connected basin, the NSW Farmers Association and Victorian Farmers Federation are all calling for the 450GL to be taken off the table.

The ill-conceived Constraints Strategy, devised to deliver high volume flows, must also be removed - as 3000 private freehold landowners, along with Shire Council public infrastructure, stands to be impacted.

Get a grip Minister Pitt.

Your complete lack of understanding is blatantly obvious in your refusal to adapt a seriously flawed Basin Plan that must be immediately reviewed and revised.

The story A seriously flawed Water Minister in control of a doomed Basin Plan first appeared on Stock & Land.