It's taken 10 years of selective breeding to establish a bare breech base line at Bundemar stud. 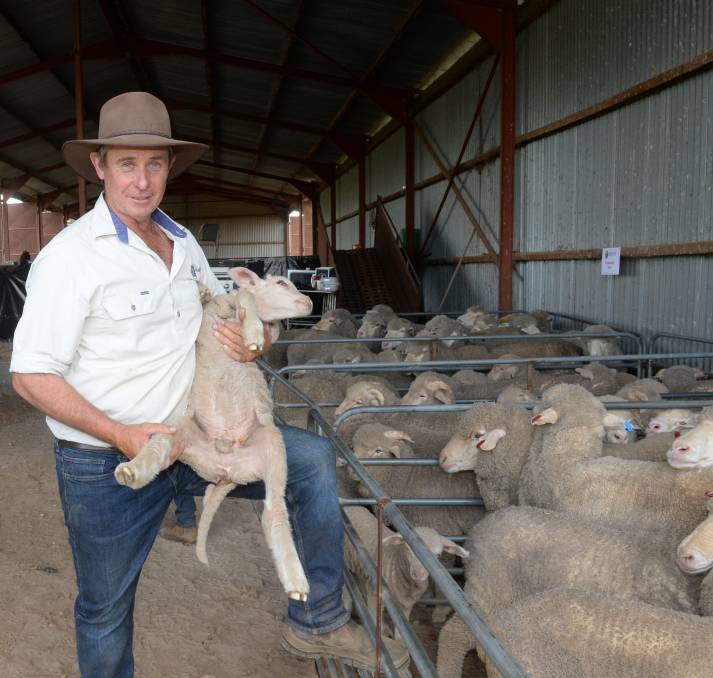 Tom Kirk has been breeding bare-breech sheep within his Bundemar stud at Condobolin and now Baldry.

IT'S important for a Merino stud breeder to have the genetic ability to increase wool cut when required, especially when heading down the bare breech path.

Tom Kirk is a sheep classer who comes from generations of Merino flock breeders in the Condobolin district.

Ten or so years ago with wife Kate, the Kirks purchased the historic Bundemar stud which had gone through several hands after the late Ted Body at Trangie.

Their decision to go down the bare breech line stems from the debate that's also stretched more than 10 years.

"It's been painstaking, but I think I'm now on the right path," Mr Kirk said.

Several generations on, he is now breeding up ewe numbers (now 120 from the flock of 800).

"The bare breech is very heritable, but wool cut is still being established and I've been trying to breed a more traditional skin with the bare breech.

"But before I sell rams I want to know they have the ability to keep the wool on their progeny.

"So I have to select for all the different characteristics at the same time, and I've been going slowly about it."

Mr Kirk said up until now his only guarantee was that he could take wool off to get a bare breech.

"The biggest problem is the loss of underline, wool coverage underneath, and on legs," he said.

He estimates a wool cut loss of 1.5 up to two kilograms.

"You can try and fix things with corrective joining, but characteristics are only stable when they come from both ewe and ram," he said.

"That creates your type and you can breed that trait."

He said it was important to keep the eyes open and spot indicators to which direction your breeding is going before you get there, desired or not.

"I believe once we have lock, nourishment and finish with a genetic bare breech, we can then proceed to plain the sheep up if required for a commercial non-mulesed operation," he said.

"But the stud needs to retain the ability to put wool on if required and I now have the type I want to create."