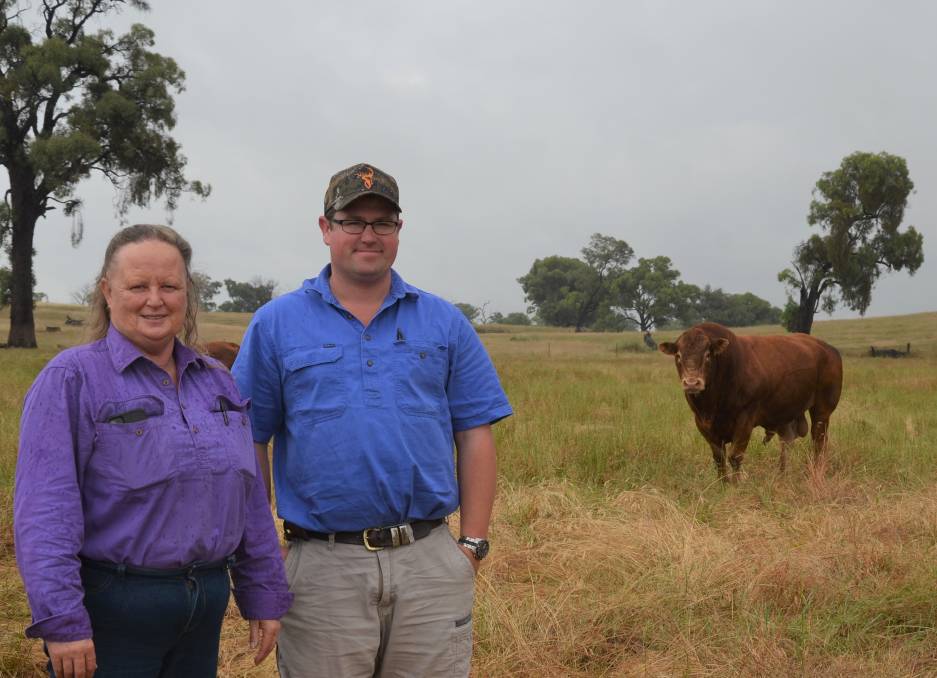 Helen and Luke Heffer, Tarcutta with one of their Limousin bulls. They have been using Limousins for nearly 30 years.

The Heffers of Tarcutta were one of the early-adopters of Limousin cattle in their region and nearly 30 years later continue to run Limousin bulls with black baldy cows.

Back in 1992 Helen Heffer and her late husband Rick tried using a Limousin bull for the first time after their neighbours offered them a young bull for meat price amidst a property sale.

"They asked if we wanted a Limo bull to put some more weight in our calves," Mrs Heffer said.

"We knew about Charolais and Simmentals but we hadn't heard much about Limos."

They gave it a go anyway, putting the Limousin bull over half their calves and a Hereford bull over the other half.

"We found that the Limo calves were between 20kg to 50kg heavier that the Herefords," Mrs Heffer said.

"It didn't look that way, the Limos are lean, not like the Hereford calves but it came down to the weight.

"So even though there wasn't supposedly the market for Limos at the time, the Limo heifers were still making as much money as the Hereford steers simply because they were heavier."

The Heffers focus on temperament when selecting bulls.

Thirty years later they still use Limousin bulls, putting them over their roughly 250 black baldy cows - back on their usual number of 300 to 320 following the drought.

Their cattle enterprise is now run alongside a hay and sowing contracting business which Mrs Heffer's son Luke looks after.

Mrs Heffer said she likes to keep some of her own heifers so it's not so expensive to buy replacements each year.

"I usually only keep the heifers that are out of the cows that I buy in, the black baldys, so I've still got that more English breed rather than Euro breed," she said.

They started crossing Limousin with black baldys because back in the 1990s, they were told that buyers didn't like too much Limousin in their cattle.

"Things have changed now and the style of Limo has changed too, they're still muscled but they're not muscle on muscle like some of them were years ago," Mrs Heffer said. 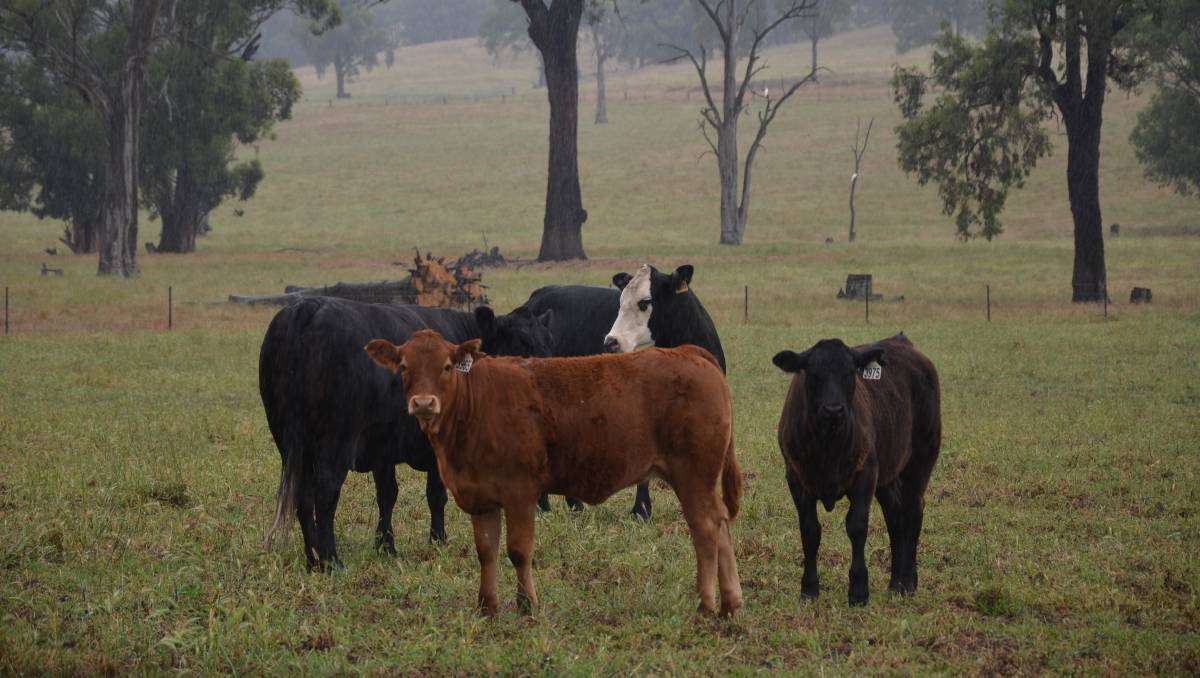 The Heffers have stuck with producing vealer cattle, unlike many in the area who now target the feedlot or background markets.

"When my husband first arrived in the area 40 years ago, everyone either produced vealers or grew them out into bullocks," Mrs Heffer said.

"We've stuck with vealers because it suits our operation.

"I don't think you can chase the markets, you're always behind if you do that."

The Heffers sell their calves throughout the year, from nine to 11-months-old.

Mrs Heffer said the main purpose of staggering their selling period was cash flow, the later sales able to prop up machinery costs before the hay season gets underway in around October.

"All the cattle are for the domestic market and at the moment most have been going into the Wagga Wagga saleyards, with a lot of them ending up in Victoria."

Mrs Heffer said they are open to selling wherever the price was right and they have sold direct to meatworks in the past.

Alongside muscle, good temperament is an important trait for the Heffers with Mrs Heffer doing most of the cattle work on her own when Luke is away contracting.

"We're also handling them all the time so we don't have an issue and can even run all 20 bulls of various ages in the same paddock together."

Hay cutting side of the business twice as busy

It is the middle of the hay cutting period for Luke and he said it has been almost twice as busy than last year's season.

"The last couple of years have been very dry so hay stocks are low, sheds are empty, and people are looking to cut as much as they can."

This year's wet weather has thrown up some challenges, Mr Heffer said they have only had five to six days between rain events.

In amongst it all the Heffers are cutting their own hay, including oats and rye grass.

Mrs Heffer said they managed to get 150 rolls of hay baled for themselves earlier in the week, before another 30mm of rain arrived.