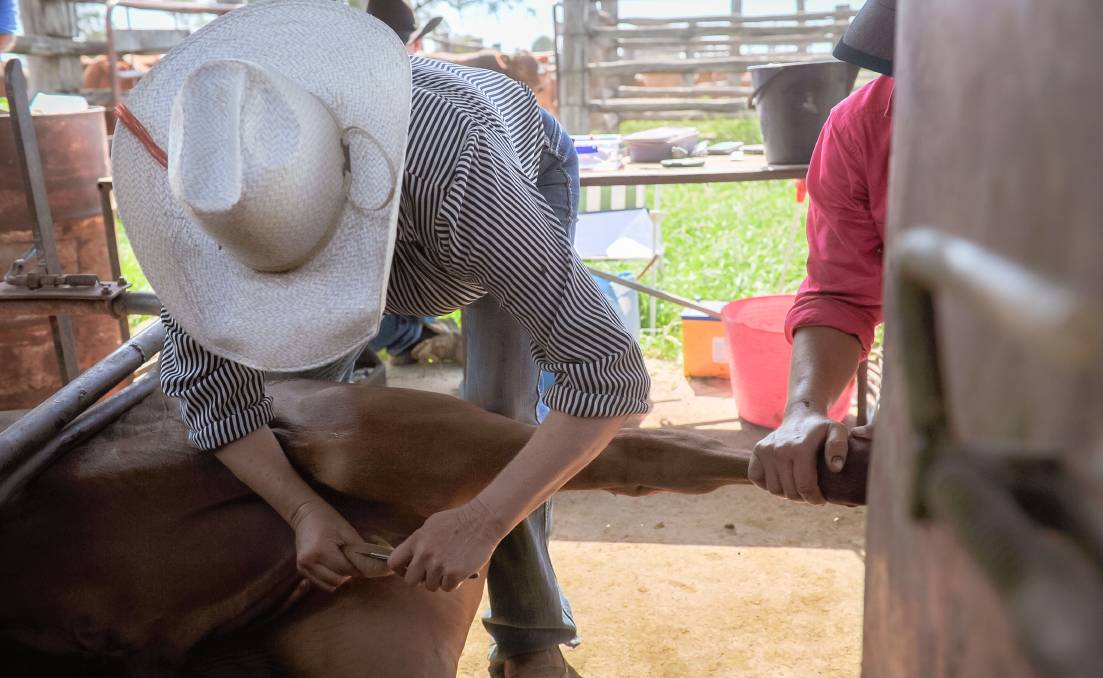 Could the mulesing and pain relief push could reignite again sometime in the future?

THE Prevention of Cruelty to Animals Amendment (Restrictions on Stock Animal Procedures) Bill 2019 in its current form has been put to bed, for now.

Amendments moved by Animal Justice Party's state legislative council member, Mark Pearson, were voted down earlier this year on the Bill's second reading in February, however, an Upper House Inquiry, chaired by Shooters Fishers and Farmers Party's Mark Banasiak, was formed in June and recommended in September that the amendment Bill 2019 not proceed in its current form.

Disappointing to Mr Pearson was that while the mulesing ban was not supported by the inquiry committee, nor was mandatory pain relief, evidence given at the inquiry left the door open for police and/or the RSPCA to prosecute under the present Act's section 24 against persons who caused suffering to an animal which was not necessary.

"The door is still open for prosecution and is also open for someone else to introduce new amendments in the parliament in the future," Mr Pearson said.

In his chair's foreword, head of the inquiry committee, Mark Banasiak, said the Bill raised fundamental questions about what was in the best interests of sheep and other animals involved in stock procedures.

"While widely differing views expressed in this inquiry as to how the best interests of the animals are served, it was clear welfare concerns were front of mind for both industry and animal welfare groups," he said.

"Based on the evidence, the committee concluded that banning mulesing from January 1, 2022 and making the use of pain relief mandatory in certain stock procedures, as the bill proposes, is not the right way forward."

Mr Banasiak said whilst this inquiry had given the committee an opportunity to further examine issues at the heart of the Bill and to hear from stakeholders about their views, nothing about the bill had changed since the House voted it down.

"For this reason, the committee has recommended that the bill not proceed in its current form," he said.

Mr Pearson said his proposal of mandatory use of pain relief for farm animals included major procedures that are listed in Section 24 of the Act, such as dehorning, castration, pissle dropping (which was a common practice), earmarking, mulesing and tailing.

"Those are major invasive procedures which the pain relief aspect of the Bill captured," Mr Pearson said. 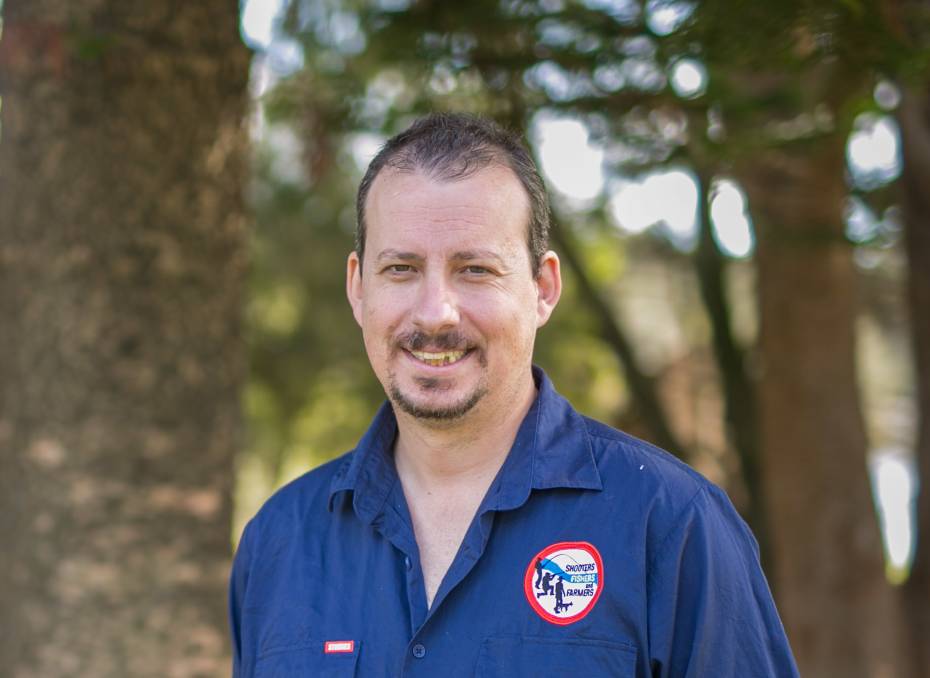 When it came to ear tags, Mr Pearson thought it was an unsophisticated process of identification especially with microchipping technology.

"The Bill was not intended to cover those minor procedures, but address the most invasive and the most, probably very painful and distressing procedures," he said.

"Two respected veterinarians gave evidence to the inquiry that under Section 24, if pain relief, which is readily available and/or not too expensive, wasn't given on these invasive procedures the owner/carer would be in breach of the Act.

"The defenses no longer apply to those procedures which are permitted without a veterinarian under Section 24 if they were performed in a manner which caused no unnecessary suffering.

"So, if you haven't provided pain relief, you will have caused suffering which was not necessary."

He said some lawyers and the two vets basically corroborated that police or RSPCA could prosecute, for instance, a mulesing contractor or a farmer if they did not use pain relief while performing major procedures.

"They would find it hard to substantiate an excuse as pain relief would have prevented suffering which wasn't necessary," he said.

"That is something wool growers and operators need to be aware of as that they might get a tap on the shoulder at sometime."

The Upper House inquiry committee received 32 submissions while an online questionnaire was also conducted which received 13,076 individual responses. One public hearing was held at Parliament House.

Among the committee's comments it was stated the bill raised fundamental questions about what is in the best interests of sheep and other animals involved in stock procedures.

The committee found it important to acknowledge that welfare concerns were front of mind for both industry and animal welfare groups. Everyone involved in the debate had the best interests of the animals at heart. As a result they were inclined to respect the knowledge and expertise of those in the industry.

"What was clear, there are widely differing views as to how the best interests of the animals are served," the committee commented.

"On the one hand, the industry believes that mulesing, as the most effective prevention against flystrike, must be allowed to continue if sheep flocks in NSW are going to be protected (while) on the other hand, animal welfare groups believe the practice is barbaric and believe it should be phased out as soon as possible.

"Recognising the commitment that NSW sheep and wool producers have to ensuring they do what's best for their stock, the committee encourages the industry to continue research and developments in the area of selective breeding, as part of developing a long-term alternative solution to flystrike.

"On the bill's proposal to mandate the administration of pain relief for certain stock procedures, the committee notes that the high level of voluntary pain relief use was raised by stakeholders both for and against this aspect.

"The committee is inclined to respect the knowledge and expertise of those in the industry, particularly in light of evidence describing the NSW wool industry as one of the most innovative in the country.

"For this reason, the committee believes the industry is best placed to continue encourage its members to use anaesthetics wherever possible. On a practical level, we also find that the benefits of mandating pain relief do not outweigh the negatives industry stakeholders identified, particularly with regards to the market impacts of withholding periods."

The NSW Government will not ban mulesing.

Minister for Primary Industries, Adam Marshall, said it was a genuine animal welfare strategy designed to protect sheep from the horrific consequences of flystrike.

"Farmers make the best decisions for the welfare of their livestock because their livelihoods depend on it," he said. "This Bill is nothing more than city-centric thinking from people who frankly know nothing about farming and would prefer it be shut-down entirely.

"The wool industry is already embracing change where it is possible and logical - moves the government supports but we will not move to ban mulesing as for many areas it's the best welfare option. Many producers are already using anaesthetic analgesic or other alternatives to mulesing in response to market demand and premium prices."

The University of Queensland researcher said there had been widespread voluntary uptake of the use of analgesia in husbandry procedures, particularly for calf dehorning and castration. 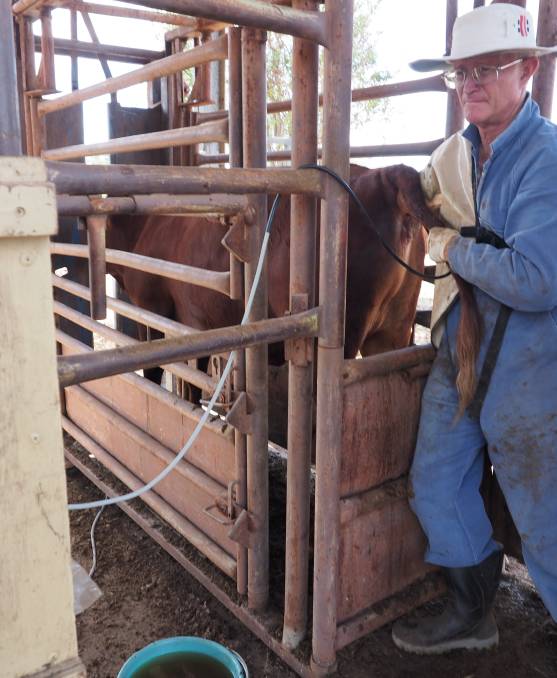 "Big pastoral companies in Queensland are now using both drugs in some cases, recognising their social licence to operate and respecting their animals," he said.

Dr Fordyce said that in most states there was a requirement for animals over six months for a veterinarian to perform procedures using appropriate sedatives, analgesics and anaesthetics.

"But increasingly people are branding younger calves and are not dehorning anywhere as much and have been moving to disbudding," he said.

"These practices are being done at an earlier age when animals are one to three months old.

There has also been a big move towards breeding polled cattle to eliminate dehorning."

Dr Fordyce said an interesting challenge for the future was castration.

"In Australia, North America and South Africa we still castrate," he said.

"Most of the rest of the world doesn't. They eat entire beef. And the research shows this is fine, but at this stage in Australia we have not developed systems to deal with entire males.

"However, I foresee Australia increasingly adopting bull beef consumption which is standard practice in most countries in the world.

"Research has shown you can't tell the difference in beef from an entire or steer of the same age when finished at a young age."