The quality was best described as good store to prime for the better bred pens while those lacking breeding and a good feed were in very plain condition.

The market was described as firm for weaner cattle by auctioneeer Tim Robinson, Paull and Scollard Nutrien, Wodonga.

"The speciality lots within that category were dearer," he said.

"The yearlings and feeder cattle were significantly cheaper." 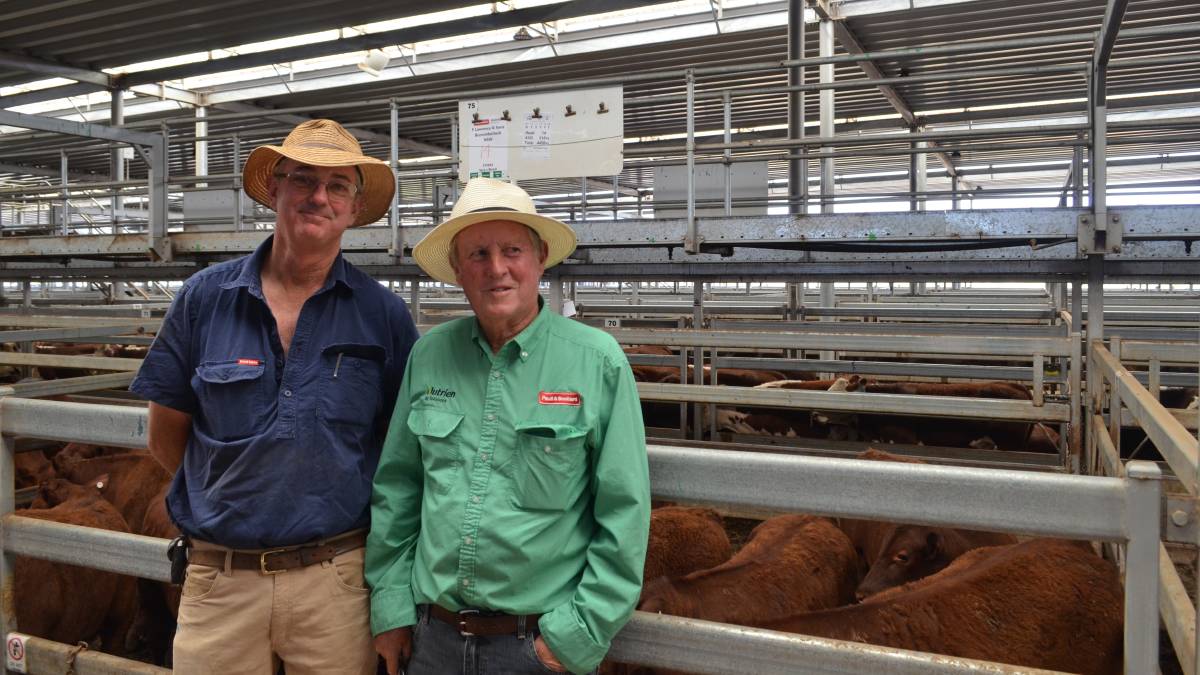 Pregnancy-tested-in-calf heifers sold to $1830 while Angus cows with calves sold to $2970.

Buyers from Gerogery and Holbrook competed with Victorian restockers from Corryong, Wangaratta and Myrtleford and commission buyers.