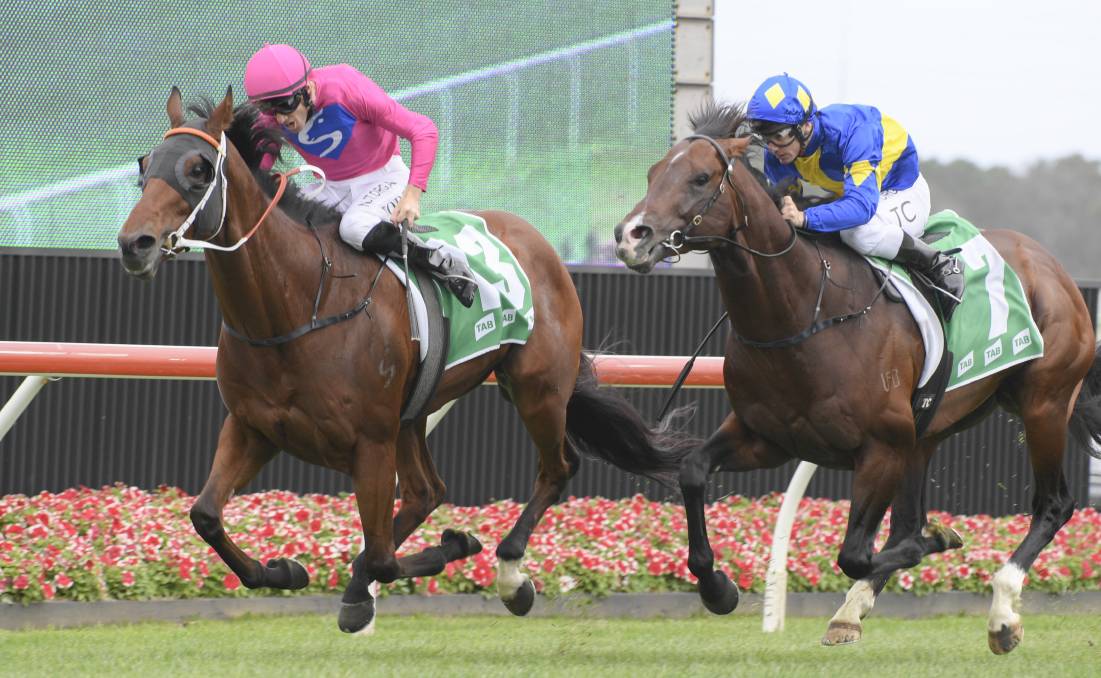 Read about a horse that is Availabull

THE State's phenomenal prizemoney continued with Kembla Grange taking centre stage hosting its second $1 million The Gong, which was won by the Hawkes trained Archedemus.

His first win since May last year, the seven-year-old is another success for former shuttler Lope de Vega, sire also of Monegal which gave local conditioner Theresa Bateup a win on the track's biggest day after taking the Pfd Food Services Benchmark 78.

Leading for most of way certainly aided the win of the Canberra prepared She's All In, when hanging-on in the $75,000 TAB Highway Handicap on the same program.

Being in front of "the pack" allowed the mare to miss the scrimmages going on behind her in the straight, She's All In defeating Diorissima and All Over Magic for the minors.

Trained by the Joseph team, She's All In is another talented galloper by Vinery Stud's reliable Casino Prince, which also hit recent headlines as the sire of another mare Sweet Deal - winner of the $1m The Hunter at Newcastle.

READILY Availabull booked a berth in the $2 million Magic Millions Two-Year-Old Classic at the Gold Coast next January following his brilliant flying finish win in the $252,000 Magic Millions Clockwise Classic for juveniles at Ballarat last Saturday.

The race is staged under clockwise direction conditions giving its local entrants a taste of reverse running.

Readily Availabull was purchased by his trainer together with Mitchell Bloodstock for $25,000 at the Magic Millions Tasmanian Yearling Sale, via Armidale Stud.

The colt belongs to the second crop of handsome Fastnet Rock stallion Bull Point, which stands at Kingstar Farm near Denman.

PERSISTENCE paid for southern district's breeder Glen Lucas when his home-bred galloper Taliano won on the second day of Gundagai-Adelong Race Club's celebrated Snake Gully Cup Carnival. Following 10 placings - of eight seconds and two thirds from his 20 starts, Taliano "got the nod" on the post to win the Class One Handicap over 1800 metres, with Mr Lucas cheering from the sidelines. Trained at Gundagai by David Blundell, Taliano - produced by Written Tycoon mare Written Glory, is by former Victorian based French bred shuttler Equiano, a dual King Stand Stakes-G1 Royal Ascot winner by Acclamation, a grandson of Irish bred Waajib who successfully shuttled to Macquarie Stud, Wellington, in the mid-1990s.

BUYERS waited till late to witness a top priced horse - which was by Japanese bred Mikki Isle, to enter the ring, when selling for $500,000 at Magic Million's recent Gold Coast Two-Year-Olds in Training Sale.

Consigned by Melonie O'Gorman's Racing Stables, Tamworth, the colt belongs to the first Australian bred progeny by Mikki Isle, a champion Japanese sprinter/miler and son of that country's celebrated sire Deep Impact. The third foal from the Redoute's Choice mare In The Clear, the juvenile colt sold to Sydney trainer Gary Moore on behalf of Hong Kong clients. A 70 per cent clearance rate was recorded for the 123 sold lots (of the 176 offered) at the sale, for a $53,569 average. 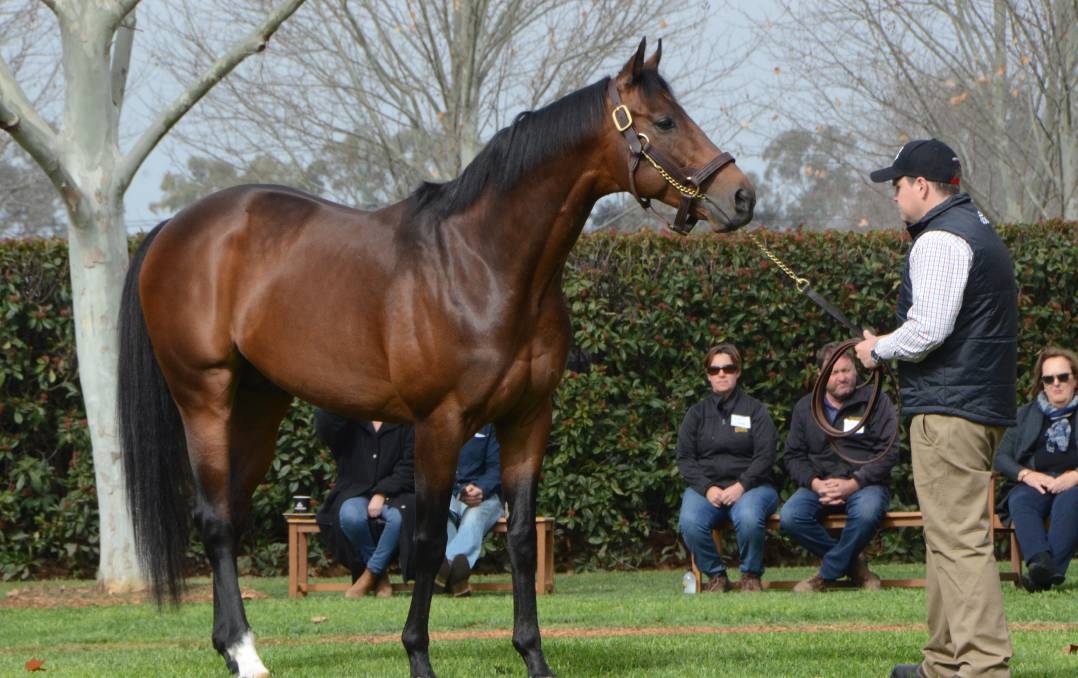 Magic Millions Bloodstock has extended its January Gold Coast yearling auction, which next year will be conducted over seven consecutive days from Jan 12. 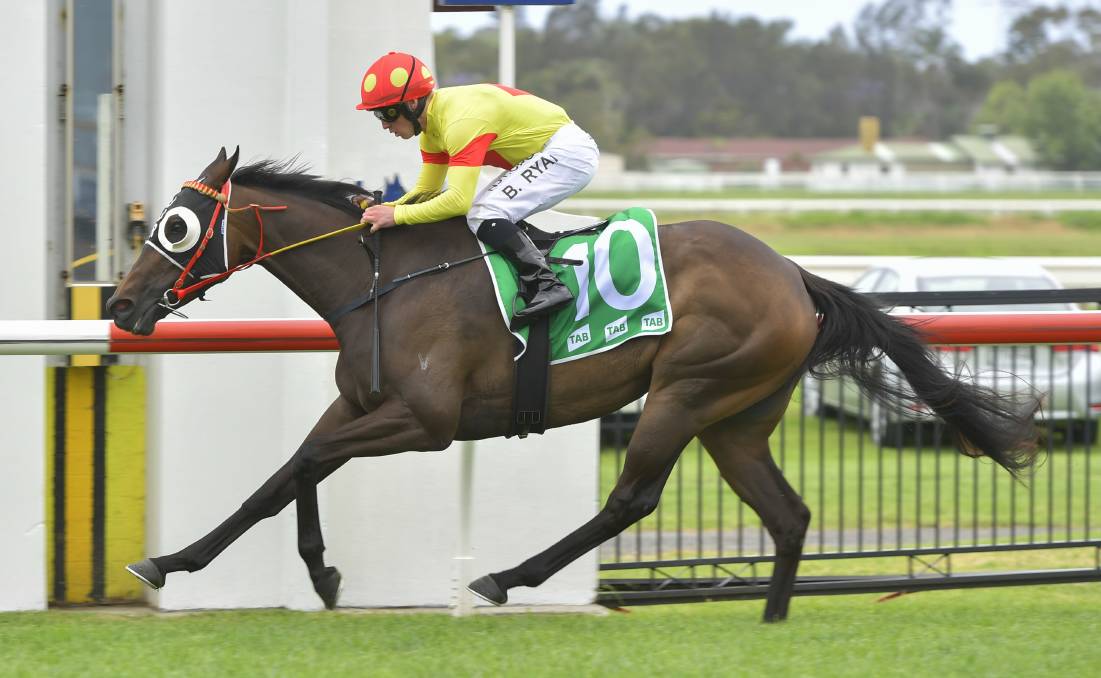 FOLLOWING from Houtzen fetching $US1.5m at Kentucky's November Breeding Stock Sale at Keeneland, another point of interest at that auction was the sale of another female Lady Prancealot, which sold for $US1.6m to Japanese interests. Winner of last year's Santa Anita Oaks-G1 in California, the Irish foaled Lady Prancealot is a daughter of former South Australian shuttler Sir Prancealot, a Mr Prospector linesire through his five times Group 1 winning son Gulch, via Group 1 winners Nayef and Tamayuz.