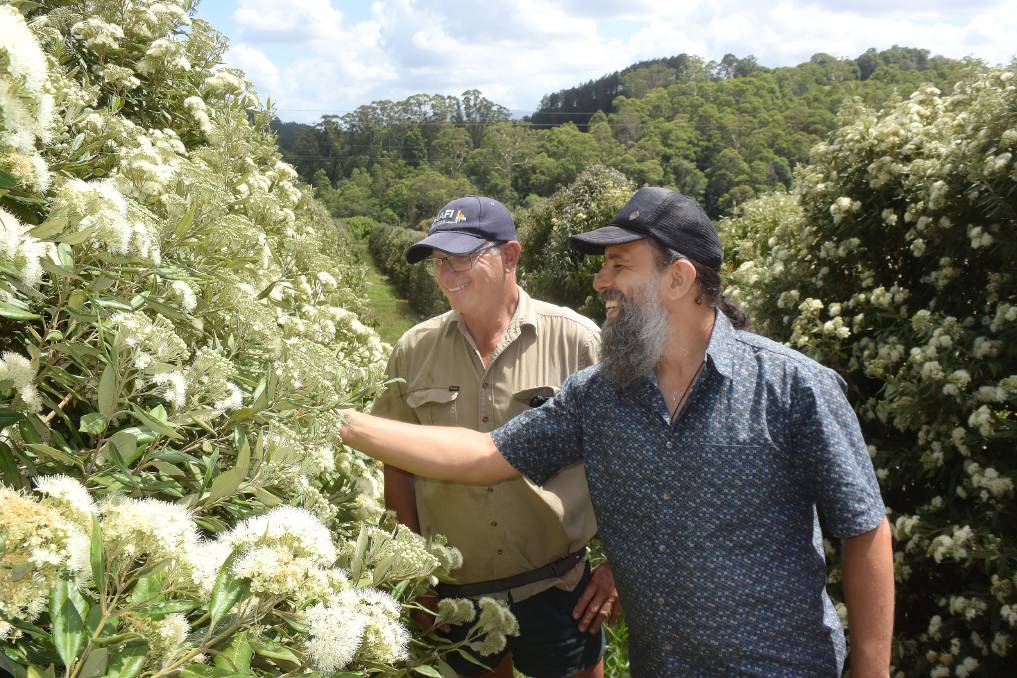 Global demand for Australian lemon myrtle oil is at a record high and to safeguard its brand the native essential oil is undergoing a fingerprint analysis for the first time.

An Australian native whose leaves deliver a lemon scent fit for royalty is now attracting record prices for its essential oil, up from $100 a kilogram a few years ago to more than $350/kg with the price expected to rise as demand increases.

The industry's next challenge is to fingerprint the plant's chemistry and identify key components with the aim of branding it as 100pc natural in a way that sets itself apart from synthetic copies.

In a project managed by the Essential Oil Producers Association of Australia, plant cuttings from a range of lemon myrtle varieties originally found growing in the wild, from the Kimberley and North Queensland to the Sunshine Coast hinterland and Currumbin Valley in south east Queensland, will be distilled in a laboratory at Lismore's Southern Cross University and the natural range of chemical variations within their oils will be analysed.

"This is about the creation of an industry standard," explains association secretary Ashley Dowell noting lemon myrtle has an Australian industry standard but now there is a need to gain an international tick of approval through ISO and to do that they need more information.

"The challenge is establishing when an oil is adulterated."

Carbon dating can detect synthetic oils but the process is expensive so the project will look more closely into the relationships between two key components of citral, lemon myrtle oil's reason for being - Neral and Geranial. They have a ratio, although that fluctuates throughout the year.

Under cultivation - mostly small blocks many of them managed by Australian Native Products at The Channon - trees grow as far south as the Macleay Valley.

Backhousia citriodora was first distilled by Germans in 1888 and by 1900 was being exported to Europe and the US. During World War Two it was an ingredient in soft drink. More recently it was found to have more anti-oxidant properties than goji-berry, and has anti-microbial properties that fight infection and fungal sores.

The first propagation came from wild plants in the Currumbin Valley 30 years ago with the variety since named Lilydale, grown in plantations and harvested a bit like tea. In the decades since, the fledgling industry has experienced stop-starts, promises of success through managed investment schemes and failure to fulfil on those grand ideas. Now, however, the global demand for the natural product is very real.

"I think the industry is at a tipping point," says general manager of Australian Native Products, Ross Norris. "Demand is growing every year and we have invested to make sure we have supply."

The company's farm at The Channon, started by industry pioneer Gary Mazzorana, is expanding and new land on the Atherton Plateau near Mareeba, Qld - chosen by Mr Mazzorana - is three quarters the way through planting 200,000 trees at 2500 trees per hectare.

The 26ha block near the Golden Triangle is expected to produce 180kg of oil per hectare when it reaches full productivity.

The location was chosen for its climate which allows year-round growth and better oil content. Importantly, it is not affected by myrtle rust, a leaf disease that arrived very suddenly and fearfully in 2011, and so the crop can be grown organically - for which consumer demand is most intense.

The threat of South American rust remains, and there will always be a need to manage plants for the leaf disease but its impact seems to have lessened in the intervening years. Marked leaves don't lose their intensity of smell but plant growth is inhibited. The 80,000 trees managed by Australian Native Products in northern NSW cannot be grown organically because of the need for fungicide applications.

Meanwhile, global demand for the leaf and its oil for use in flavourings, and nutraceuticals grows exponentially - up 50pc year on year.

"We think the growth is higher because we sell out of product at the end of every season," says Mr Norris.

Key to lemon myrtle's efficacy is its ability as an anti-biotic and anti-fungal - actually killing black mould spores - while smelling very nice. That flavourful aroma makes its use in teas and baked goods very popular.

Dried leaf and oil is used as an ingredient in anti-oxidant tea to food preservation. It kills black mould spores in a stuffy room and smells great

With such short supply and strong demand the temptation to synthesise the oil is very strong - and for cheaper products the industry expects that to continue.

Interestingly a factory in Indonesia that made synthetic citrol burnt down a few years ago and the subsequent shortage helped lift demand for the natural product. That factory has been rebuilt but the demand for Australian native oil remains.

The farm at the Channon is working towards a circular economy reusing raw materials in a productive way - like spraying floral water from the oil distillation process over plants to make use of its anti-fungal properties in combating myrtle rust.

For the moment core markets will be serviced, says Mr Norris.

"We need to focus on the immediate potential for lemon myrtle sales so that we can capitalise and invest back into reasearch that will develop potentially great new products." 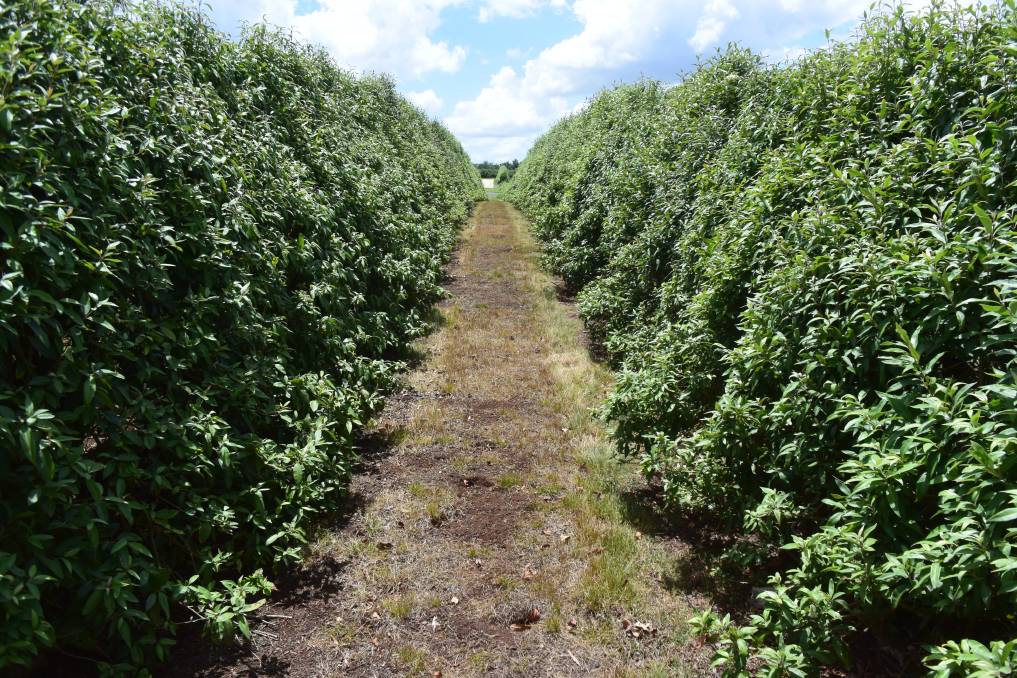 From the coast to Cobar, opportunities for farmers producing essential oil from native plants have never been greater.

What was a bush enterprise is now maturing and while some oils like lemon myrtle, already have standards, others like Desert Rosewood (Eremophila mitchellii) do not. Now, a scientific study into these products will set new standards for future production.

During the project, funded by by Agrifutures Emerging Industries, 10 selected Australian natives will have their oils analysed in order to create quality control standards, regulatory documents like safety data and allergen statements. Species like the common broad leaved paperbark and blue cypress were selected from a short list of 25 based on their potential gross domestic product to increase in value by $10 million within five years.

An important aspect of the work will be showing their efficacy as an anti-biotic, anti-fungal and anti-inflammatory complementary medicine.

The data will be made available online to growers and traders through the Essential Oils Producers of Australia Association.

The work includes procuring primary specimens of the selected plant species across their range of natural distribution and collation of all available published data on chemistry and biological activity. Collected specimens will be mounted as herbarium specimens with the SCU Medicinal Plant Herbarium, and bulk samples distilled to provide representative essential oils for chemical analysis.