NSW Merino producers are encouraged to focus on quality wool as they re-build flocks. 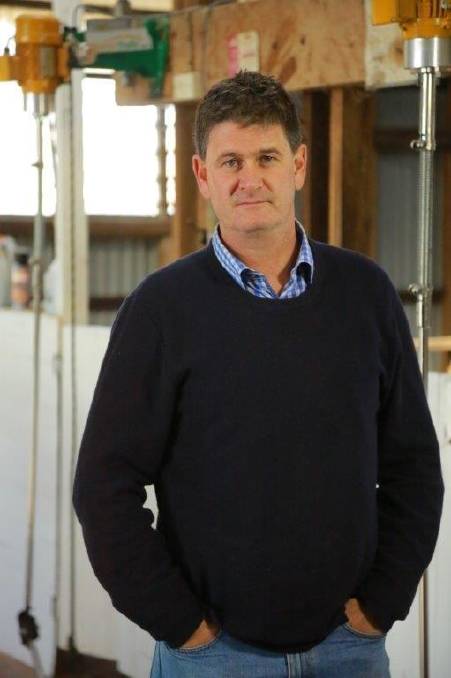 A dramatic turnaround in seasonal conditions across much of New South Wales and an expected, but measured, upswing in global demand for quality fine wool going into 2021 are key factors underpinning renewed confidence in the Merino sector.

That is according to New England Wool managing director, Andrew Blanch, who represents two of the world's leading buyers and manufacturers of spinner-style superfine fibre from Australia, New Zealand and South Africa.

He said he expected there would be strong interest in Merino sires at this year's Northern Ram Sales, as producers across the region seek to re-build stock numbers after three years of prolonged and severe drought.

"The New England area is renowned for its quality sheep and wool genetics, especially in the fine and superfine categories," he said.

"And northern stud breeders - and those right across NSW - have worked hard in the difficult period from 2017 to 2019 to preserve the genetic gains they have made in key profit-driving traits, by investing in feeding and maintaining their key breeding stock.

"Many studs were badly affected by the drought, with hardly any rain at all in 2019, and I would estimate that most of their commercial clients would have cut their flock numbers by at least 30-40 per cent.

"But the arrival of good rain starting at the end December 2019, and continuing through to March 2020 - followed by exceptional winter and spring seasons - saw lambing rates soar, sheep condition lift and industry confidence grow.

"Studs will now be integral in supplying the breeding stock that will be needed as flock numbers expand again in coming years."

The sales attract some of Australia's most prominent Merino studs - locally-based and from further afield - to showcase a wide range of genetics to suit all types of sheep and wool production systems.

He said despite the rollercoaster ride in wool prices during 2020 due to COVID-19 restrictions in key consuming markets of China, Europe and North America, values for fine and superfine types had been steadily rising since mid-year. Prices for medium and broader types had also mostly held-on as the calendar year came to a close.

Mr Blanch said the signals for 2021 were looking somewhat positive.

He said China's domestic economy was the first of Australia's major wool markets to emerge from COVID-19 lockdowns, and retailers there had started reporting a significant lift in sales at the end of 2020.

"We are now seeing about 50 per cent of the Australian wool exported to China staying there to satisfy its own expanding domestic demand, as opposed to the days when China was mainly a processing hub and on-sold most of its product to Europe or the US in top, yarn or garment form," he said.

"But it has been positive to see 17 and 18-micron wools holding their value in recent months, and prices for super and ultrafine 15-16-micron categories rise substantially," he said.

"I think we have been through the toughest global retail period and, as consumers emerge for retail therapy, it can only be good news for the wool and Merino industry."

Mr Blanch said a potential issue could be the amount of wool being held by growers on-farm and in brokers' stores, and when these stocks may be released.

"I think in terms of positive market improvements, balanced against responsible wool stock emergence, we may see a 'slow-burn' in sustained price increases during 2021," he said.

The global trends unfolding are an important consideration for producers when choosing the best sires for their Merino flocks this year, according to Mr Blanch.

"My big tip is to seek breeding stock that will produce even, stylish and soft wools," he said.

"We can't ignore the big, solid frame that's beneficial to the meat side of the equation.

"But I advise buyers to choose rams that produce a quality wool type, as well as quantity."

Mr Blanch said as part of the NSW flock rebuilding phase, a return to solid Merino ewe numbers was also imperative for the sustainability of traditional prime lamb systems.

"Purchasing quality Merino genetics gives commercial breeders a leg-up in both their wool and meat enterprises," he said.

"And to protect the wool cut potential and quality fleece to maximise returns for the lifetime of your sheep, good conformation traits in the sires chosen can't be under-stated either."