It's been more than a year since bushfires ravaged the Macleay Valley but community leaders are still stepping up to heal the wounds.

As the school principal of a small community Allison Mitchell wears many hats.

She is involved in church, helps with every community event including Anzac Day and is the first person to call when someone's cattle has got out onto the road.

"Being a principal you have to multitask," Allison said.

And when fire roared over the mountain towards the town of Bellbrook on November 8, 2019, Allison's first instinct was to help protect her community.

"It was a full on day, it started at 2.30pm when we got the first phone call that students who live further up river had to go home as the fire was coming down to Bellbrook from Comara," Allison said.

"As I was leaving school I saw a few cars go around the corner and I asked them where they were going as there was a fire over that way and they told me they had to let cattle out. I said to them well give me your children, don't take them over there."

That's when Allison started collecting children while their parents dealt with livestock and gathered their belongings.

Though her family was stuck in Kempsey, she was not focused on her own property at Nulla creek but the safety of those in her community.

The weather then turned to the worse. By 8pm, there were 70 people camped at the school - and at the peak of capacity there were 150.

They were on the front path, in the school buildings, on the other side of the road and in the spare paddock.

"We had people everywhere, all through the school and we had them out the front as the fire was coming from the mountain behind us," Allison said.

Around 10.30pm everyone moved inside as the fire edged closer pushing the embers to fall within the school limits.

"We put as many people as we could inside, we had cats, dogs, birds, you name it," she said.

"We had some hairy moments."

Without power and telecommunications, they used word of mouth to get food to the school.

"So we went through freezers to see what we could feed people for tea.

"Locals also went through their freezers and Shirley (Smart) from Bellbrook pub also brought up food."

At 11.30pm the fire had "cracked the hill" behind the school and roared down the mountain to the river flats on the opposite side of Bellbrook.

The river was so dry that there were fears it would jump across and head towards the town.

Just 30 minutes later the first fire brigade made it through the road from Willawarrin that was alight with fire.

And then the fire changed direction. The next day everyone went to Bellbrook Pub for breakfast before they were eventually evacuated to Kempsey after a couple of attempts due to the road being blocked by fires.

"It was like a ghost town here for a couple of weeks," she said.

Meanwhile the fire burned around 80 per cent of her property at Nulla Creek. Fortunately, their house was saved.

"There was a ring that stayed green around our place and a few neighbours," she said.

But Allison said that was just round one of the fires that burned for a couple of months in the region.

The school was returning back to town from swimming one Friday afternoon in December when they came down the mountain and saw a flame on the hill.

"When we got to school the fire was coming over the mountain and I got a call that there were 20 odd head of cattle on the road," Allison said.

"Being a principal you multitask so I went to get them back in and when I looked back up the valley from where we came there was an absolute fireball heading towards us.

"I sent a video to my boss and said we were leaving.

"I have never evacuated the school in 30 years but we were going and we had everyone gone in 30 minutes."

She went home to Nulla to save their place but ended up at Slim Dusty's home and worked hard to battle the fire that surrounded it.

"That was the worse fire for us," she said. 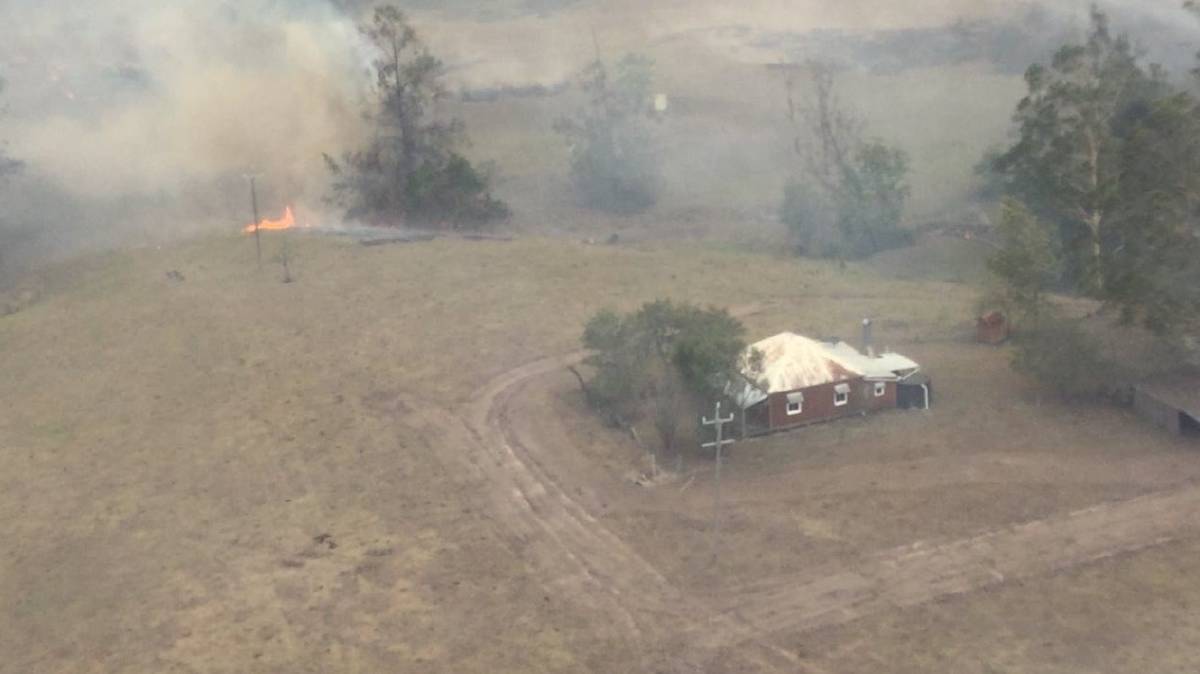 It took a concentrated effort from landholders and emergency services to save Slim Dusty's childhood home. Photo: Air Observer

"One whole end of Nulla burned and friends lost their houses."

Despite the loss and what they endured in those couple of months, she said the community had 'bounced back well' and the children were so resilient.

"It is a very different place, the ground is not as dry and we don't have the drought breaking us," she said.

"It will be different heading into this bushfire season as people are more aware and families are prepared having cleaned up their backyards."