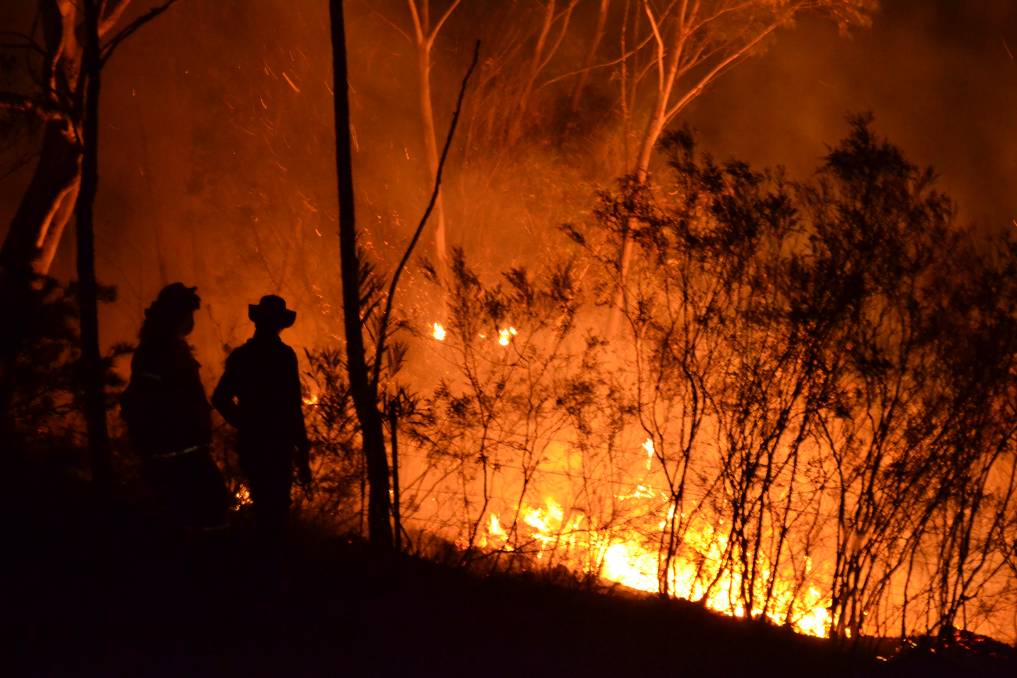 Bruce Watt sits down with bushfire victims to get their takeaways and how they will prepare this season.

Fanned by a moderate westerly it spread rapidly through dry grass pastures and within 30 minutes had burned 80 hectares (200 acres).

Peter, who runs a merino breeding operation, had a mob of 900 weaners in the path of the fire.

Nearly 300 died in the paddock, mostly against the downwind fence. Another 200 were destroyed after I assessed them as too badly burned to recover.

I caught up with Peter again a few days ago.

Mindful of the dangerous pasture conditions this year, I asked him what he learned from that experience and what he plans to do this year to reduce the risk of fires.

Peter was happy to share his thoughts in the hope that it may be of assistance as we prepare for summer.

Peter commented that our priority should be ourselves and our family, other things can be replaced.

Peter was insured for fire damage to stock and fences. He found that insurance both took a load from his mind and helped him recover.

He also had 'continuance insurance,' covering him so that he could continue his business.

Peter told me he could afford the premiums but couldn't afford to replace kilometres of fencing. We discussed the value of sprayed, ploughed, slashed or heavily grazed paddocks to run stock during risky times.

I thought that prepared laneways were a good idea as a safe place to run stock and to allow easy movement into safe paddocks or yards. Peter reminded me however, that stock on roads and in lanes may impede fire trucks.

Peter thought that the paddock running his weaners, with 1000 to 1200kg of dry matter per hectare and mostly about 10cm high was reasonably safe so was surprised at the severity and destructiveness of the fire.

We agreed that yards with water, close to fodder reserves, provide a great safe place to shelter stock as a fire threatens and to care for them afterwards, especially if the fire has destroyed most of the pasture.

We also discussed flammable tree lots (especially pines, cypress and eucalypts) beside yards. Peter mentioned that firies refer to them as 'wicks,' as they can lead the fire to assets, such as stock in yards, haysheds and houses and are difficult to put out.

Peter noticed that his capacity for considered decisions was hampered as the fire engulfed his property.

To prepare for this he advised having a map of the property with the location of the mobs and a plan for what can be moved where and what can be amalgamated. We agreed that assessing burned livestock was usually not a job for the owner.

Peter mentioned that knowing how to access the fire in its early stages can be difficult and so having a volunteer on the appropriate gate was a big help.

Peter also mentioned that farmers need to be both prepared and self-reliant. In a big or sudden fire back up may take some time to arrive.

Finally, Peter and Kay mentioned their gratitude for the tremendous help that they received from their community both during and after the fire.

It reinforced their opinion that as members of small rural communities, we all need to contribute and care for each other.

Both the Rural Fire Service, State Emergency Service and the NSW Department of Primary Industries have valuable resources that you can access.

For example you can create or review you own Animal Emergency Plan and Farm Fire Plans.

These can be downloaded from the SES and RFS websites, respectively.

The NSW DPI has recommendations on preparing to look after your animals 'before an emergency' at www.dpi.nsw.gov.au.

District Veterinarian Alexandra Stephens has summarised her recommendations at flockandherd.net.au/other/ireader/bushfire-preparation.html.