Local Land Services (LLS) have fitted four feral donkeys with GPS tracking collars to lead authorities to larger populations that are being controlled through an aerial shoot program. 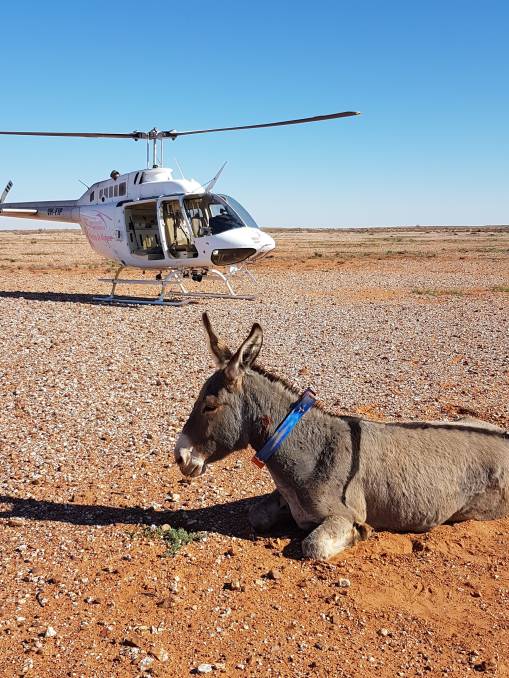 They used to be a key part of western mining in the early 1900s carting freight, but now donkeys are the target of a major pest control program in NSW.

It might seem hard to believe the animal that is used as a guardian for sheep flocks is having the opposite affect in western NSW where they are smashing down fences and competing with local livestock for pasture and water.

Local Land Services (LLS) have fitted four feral donkeys, they have aptly named the Judas donkeys, with GPS tracking collars to not only lead authorities to larger populations that are being controlled through an aerial shoot program, but to also monitor the movement of the animals.

In July 2019, LLS removed 322 donkeys from the White Cliffs and Packsaddle region, including 41 other pests such as pigs, foxes and one dog.

It was followed this year with 50 donkeys culled. 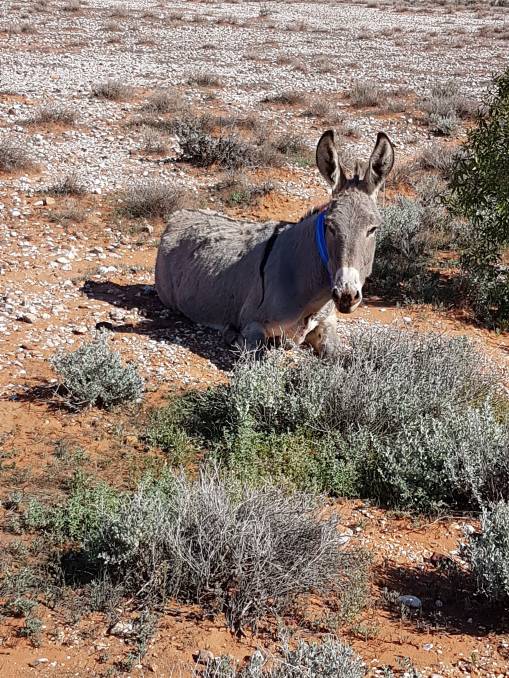 Brooke Anderson, who is an LLS biosecurity officer based in Broken Hill, said six landholders were involved in the program across land totalling 246,000 hectares.

"Drought emphasised the need to do something about it and was what drove landholders to have their own ground control, which prompted the aerial shoot," Ms Anderson said.

"Farmers were putting out feed and carting water then the donkeys would block the troughs off from stock and eat the hay that they were paying for."

"We want to try not to turn into the Northern Territory where they have extensive numbers, so the good thing from the latest cull is that they haven't returned in those initial numbers," she said.

"The four Judas donkeys have betrayed their friends and shown us how far their home-range is, which is located in a radius around 20km."

Agriculture Minister Adam Marshall said feral donkeys caused substantial damage to fences, the natural landscape and threaten property biosecurity, so the removal of another 50 would have a major benefit for landholders and the local environment.

"These four feral donkeys acted as 'Judas donkeys', betraying their mob, leading us right to them," Mr Marshall said.

"This is the first time western LLS has used this approach.

"The encouraging results give us great confidence that it can continue to be used and expanded to bring down feral donkey populations, with another aerial shoot planned in April next year.

"Another pleasing aspect of the recent program is no wild dogs, feral cats or foxes were sighted during the shoot, while an additional 18 feral pigs were also removed."