A late-spring heatwave and heavy rainfall have limited the yields of early-sown crops, while late-sown crops hang in the balance.

Harvest has already begun for Peter Birch on his Pallamallawa property, Bronte, near Moree, and despite damage caused by the heatwave, his confidence is still high.

"It was all on a pretty good profile, so it was doing quite well but the heatwave in November set the yield to whatever it was at the time," Mr Birch said.

"The heatwave actually burnt all of the secondary tillers off and so what we've done for most of those crops is spray it out, take what we've got and save all of the remaining moisture for chickpeas. 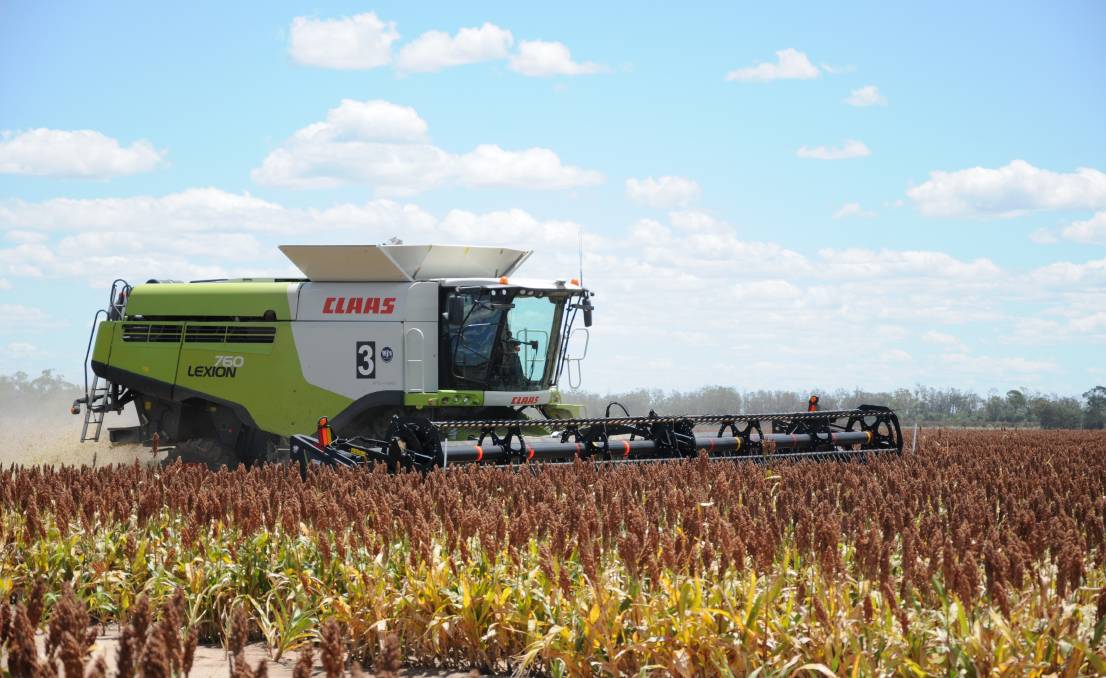 "The majority of it is probably in that two-to-three tonne to the hectare range, depending on how much moisture it had and how hard the heatwave hit it.

"There has been a little bit of later sorghum go in but not a heap and once it got past that heatwave, it's responded well to all the rain we've had, but unfortunately there's not too much of that."

Moree agronomist Bradley Donald, B&W Rural, said the 650 hectares of bazley and A-75 sorghum planted in barley fallow "could have been anything" if not for the heatwave.

"I think the crop has done exceptionally well considering how that bit of a heatwave impacted it," Mr Donald said.

"It hasn't required any additional spraying or anything like that and compared to recent years, I think it has gone pretty well.

"All the rain we've had has certainly helped and we were looking at harvesting around Christmas but it has been too wet for us to get in and do it.

"The benefits I think it will offer the upcoming season of chickpeas will be great and all told, I think it's been a success."

Many producers have forward contracted their crops, but Mr Birch said he was confident there would be value for those looking to sell.

"The market is not too bad, it's held up surprisingly well and is sitting at something like $280 (a tonne) on the Downs and I think that's down to a bit of a lack of sorghum in Queensland," he said.

"It will mostly get soaked up close to where it is grown and obviously the Liverpool Plains has planted quite a lot and quite a bit later than us." Gunnedah agronomist Lochie Lancaster said an increase in 2020 winter crops had limited the amount of sorghum planted in the district.

"Not a lot has gone in because a lot of the fallow country got chewed up in terms of winter crop and lot of it went into wheat and barley," Mr Lancaster said.

"A lot of people were trying to get some stubble cover back in after the drought we've had over the past few years.

"A lot of the country that we've had as fallow was into winter crop, but the bigger sort of operators have stuck to their rotations and left some country aside for summer crop."