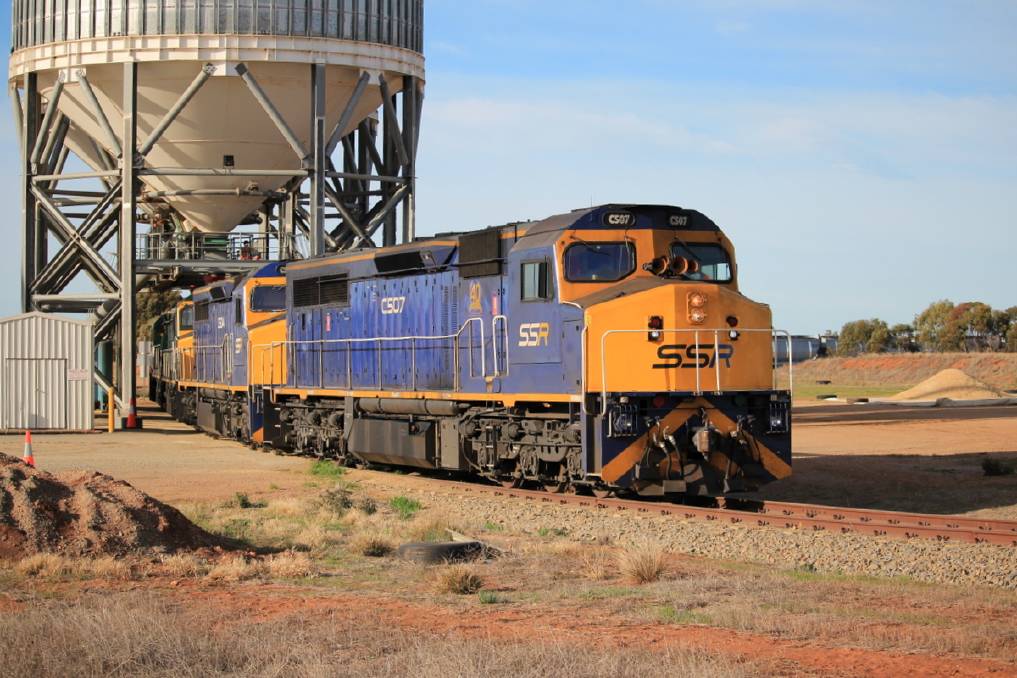 A bulging harvest down the east coast is estimated to boost the amount of grain rail activity this year by 100 to 500 per cent.

Infrastructure under pressure as 24-25 million tonnes of grains are estimated to be exported.

Australia's export grains infrastructure is facing one of its greatest challenges, with a near-record crop on the east coast and surging demand for our grain around the world.

The question has to be asked: is our supply chain infrastructure up to the task?

We are all aware that the past few years have been characterised by crippling drought, which has essentially ground exports from the east coast to a halt.

Supply chains became inverted, with the focus moving from exports to shifting grain around the country - primarily from South Australia and Western Australia to east coast ports for drought-feeding.

At the end of 2020 and start of 2021, we are now facing the opposite situation and the supply chain must do a 180-degree turn to become the export-focused machine it was built to be.

One of the biggest questions is going to be how the rail infrastructure in Australia will hold-up, and whether the level of investment in recent years has been adequate for this aging asset.

To put this into perspective, the task ahead for rail activity is expected to be between 100 and 500 per cent more than in the past few years.

In response, many have already turned to road transport.

This is reflected in the increased road use and road freight charges being applied.

Another task of the supply chain is train pathing and access, given the surge in demand for rail.

The onus is on rail track managers in all states to ensure existing paths are used efficiently. This will be especially challenging given upcoming inland rail works through parts of New South Wales.

Like many other rural industries, labour is also becoming an issue - and it is no different for rail.

Crews are in short supply, given the drought of previous years, and the ability to scale-up quickly isn't an easy task.

This is also a potential 'good news story' for the sector.

Truck and train operators are actively recruiting, which is creating jobs in rural and regional Australia.

Add to this the recruitment at storage and handling facilities, and you have an extremely strong jobs market -and a brighter future to attract people to the sector and stimulate regional economies.

We are starting to hit peak exports, and this is expected to last for at least six months before Northern Hemisphere grains come onto the market.

How will the supply chain hold-up?

One thing that is certain - and a big positive - is all supply chain operators are aware of the challenges and are working collaboratively to be as efficient as they can be, whether they are operators of rail, road or ports.

Many storage and handling assets, such as GrainFlow, have invested in their rail loading network over the years and will benefit from this investment throughout the season.

We can also take comfort from the fact that exporters of grain are also increasingly expert and efficient in managing their supply chains to deliver for customers.

Every challenge brings an opportunity to improve, and perhaps this is the year Australia's rail infrastructure gets the attention it deserves.