The bush is less with the death of Ian Armstrong 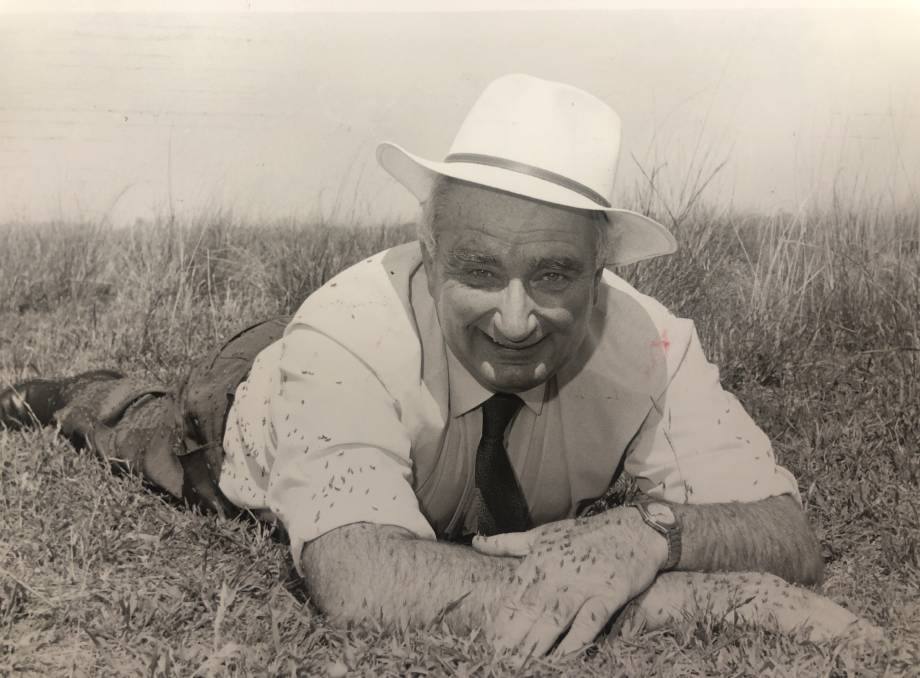 Agriculture Minister, Ian Armstrong in 1991, gets down to earth with a week old plague of locust hoppers near Gunnedah.

Rural NSW, and the Central West in particular, has lost a powerful champion with the death last month at 83 of former NSW Nationals leader Ian Armstrong.

In a bizarre twist of timing, his death occurred just four days after that of another Nats legend, the former longtime federal leader and deputy prime minister, Doug Anthony.

Both were sons of the soil, and political 'animals' of a type: proudly partisan, not afraid to rock boats and focused on advancing the causes of their rural constituents.

My first encounter with Armstrong was when, in my previous agency career in the early 1970s, I took a client to inspect rams at his Tulangi Merino stud at Boorowa.

It was during the troubled 1970s that he hit the news, first as a feisty spokesman for the Rural Action Movement and then as state president of the militant Cattlemen's Union.

Politics was the logical next step, and after an unsuccessful tilt at the seat of Hume in 1978, he beat a field of eight to gain Country Party (as it then was - and still should be!) preselection for the seat of Lachlan, which he won in 1981 and held until its abolition in 2007.

When the Coalition returned to office in 1988 Armstrong was appointed minister for agriculture and rural affairs - a portfolio tailor-made for his interests and background.

In this capacity he presided over the restructure and the relocation to Orange of the department, and launched many worthy initiatives such as the Agsell marketing unit, catchment management committees and co-operative research centres.

(The move to Orange was controversial, and I was not alone in thinking it was unwise, as it favoured one part of the state over the rest, and distanced ag and its issues from the corridors of power.)

He enjoyed a close working relationship with Liberal Premier Nick Greiner, and later as deputy premier with John Fahey, before being bundled into Opposition in 1995 and then ousted as leader in 1999 by George Souris in an unprecedented party coup.

But it's perhaps as a local member that Armstrong will be best remembered, having held the seat of Lachlan - which he effectively made his own - for just over 25 years.

In many ways he was the quintessence of the successful country member: alert to local issues, known by everyone who mattered, plugged in to key networks and a regular presence around the traps.

Before leaving for an event, he would bone up on what the issues uppermost in the locals' minds were likely to be, who was likely to be there, and how he might be able to help their causes.

Recognising the need for the Nats, as the minor coalition partner, to keep their name before the voters, he gave interviews freely, and made sure he always had - as he put it - 'a story to tell'.

Vale, Ian. Your enthusiasm, drive and bonhomie will be long remembered - as will your virtuoso performances with the stockwhip!