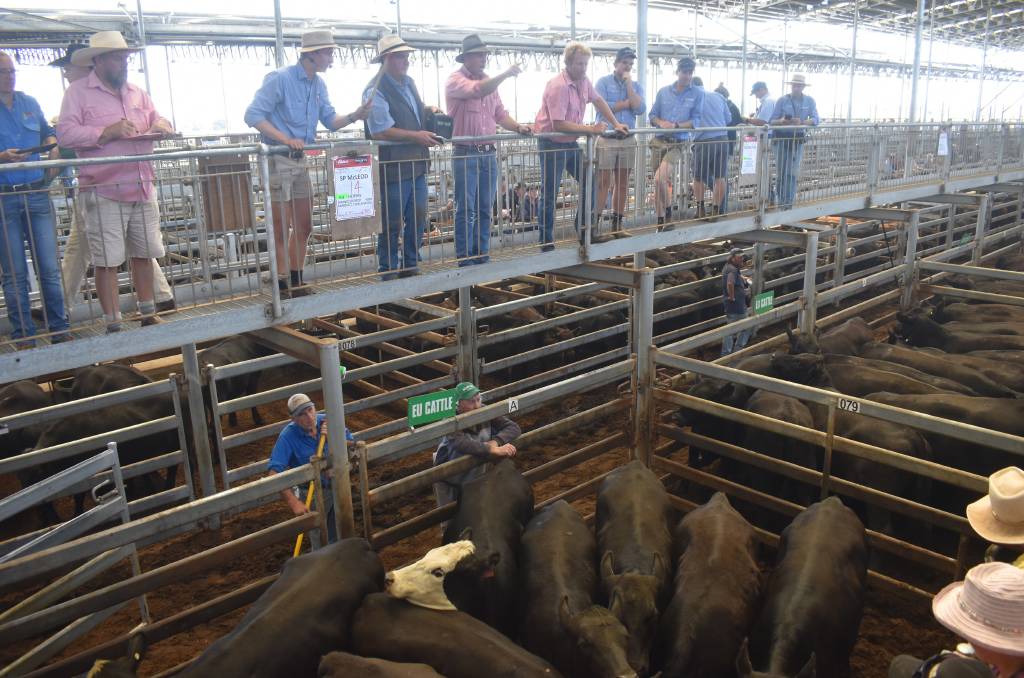 IN DEMAND: Heifers go under the hammer in Victoria. PHOTO: Alastair Dowie

EYCI continues to climb on the back of shrinking supply

Agents have faith the big money being paid for future breeders will continue, saying it is now being driven by those whose pockets have been refilled via very successful weaner selling and those who refuse to leave flush paddocks empty.

The Eastern Young Cattle Indicator persisted with its advance, this week to the tune of a jump of 29 cents a kilogram carcase weight, to currently sit at 873.75c.

Mecardo analyst Robert Herrman said it was now travelling at a level 59 per cent above where it was a year ago.

"We always knew it would rally after the drought but to see it come up this much is probably more than what anyone expected," he said on the Commodity Conversations podcast.

"It shows there is real demand for cattle.

"Slaughter levels are struggling and meat prices coming out of Australia are some of the most expensive in world, however it's the feeders and restockers that are driving the market."

Of note over the past week has been the phenomenal demand for females, which saw pregnancy-tested-in-calf cows creep up to $3400 in the south.

Victorian agent Hayden Lanyon, Elders Mortlake, said the scarcity of a female of any description was putting them at a high premium.

That sort of money was relative, he said.

"A lot of people who received good prices for their weaners have the means to pay that much now for the best of the best," he said.

"But it does show the confidence in the cattle market holding up is very high.

"We're expecting the herd rebuild to take years, and to underpin prices for a long time - that's where confidence is coming from."

Mr Hermann said recovery of drought had meant everywhere you looked there were less cattle available.

In Queensland, agents said a few more numbers came back through this past week after very small yardings to kick the year off, mostly as a result of saleyard and processing business normalising after Christmas.

Producers, particularly in the central parts of Queensland, were also now starting to take weaners off.

However, yardings were still definitely below what would be considered typical at this time of year, they said.

Thomas Elders Market's Matt Dalgleish reported average weekly yardings since the start of 2021 are 44 per cent below the five-year pattern.

Queensland is 52pc under trend and NSW 43pc down but Victoria is 13pc up.

"NSW buyers continue to come up, looking mostly for Euro breeds and lighter cattle," he said.

"How long the market will stay this way is anyone's guess but how high it has actually gone has surprised us."