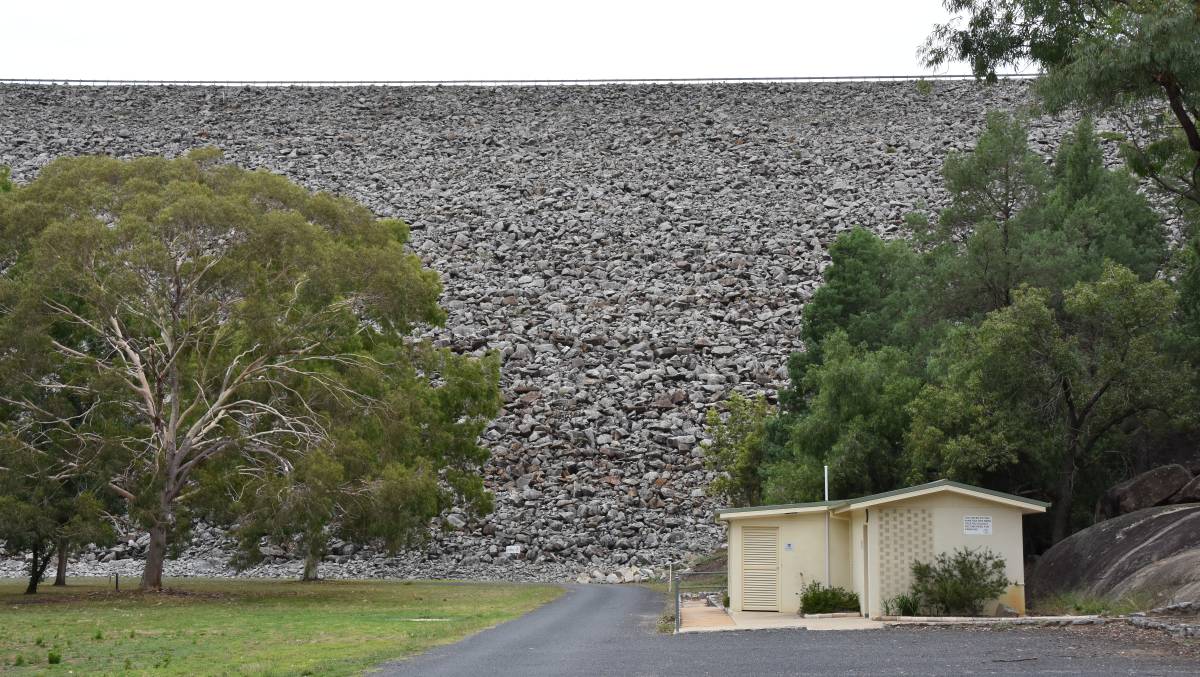 The estimated cost to raise Wyangala Dam wall by 10 metres is now thought to be between $1.2 billion and $2.1 billion and the government is being criticised for not distributing enough information about the project.

RAISING the Wyangala Dam wall by 10 metres could cost more than $2 billion Department of Planning, Industry and Environment documents seen by The Land suggest.

Previous government estimates had been in the $650-million range.

WaterNSW, responsible for overseeing operations at Wyangala and its proposed expansion, would this week not be drawn on projected costs, saying that would be included in the final business case, not expected until later this year.

The cost estimated in DPIE documents would be to physically extend the wall and does not take into account damage to downstream water users nor the economy during its estimated four-year construction.

Where is the new high water mark?

Extending the dam wall by 10m would result in about 21 gigalitres more water being available in an 'average' year.

An independent engineer's report, lodged on Monday with the current state government upper house inquiry 'rationale for, and impacts of, new dams and other water infrastructure in NSW' details projected operations needed to enlarge the dam.

The report's author, civil engineer Patrick Brown, has previously been part of Melbourne Water's infrastructure management team, and has worked on issues related to Greenvale and Tarago reservoirs, both embankment dams, as is Wyangala.

He has also worked with Medecins Sans Frontiers (Doctors without Borders) in Africa on water projects and on Tasmania's hydro-electricity dam Lake Binney.

Mr Brown said his report dealt with issues "typical" of maintenance or modification of dams, for instance lowering the dam's level, safety, and sourcing suitable material for construction.

It hones in on the amount of rock fill needed to raise the wall - 1.4 million cubic metres, increasing the total volume of the embankment by 40 per cent - and from where it could be sourced. 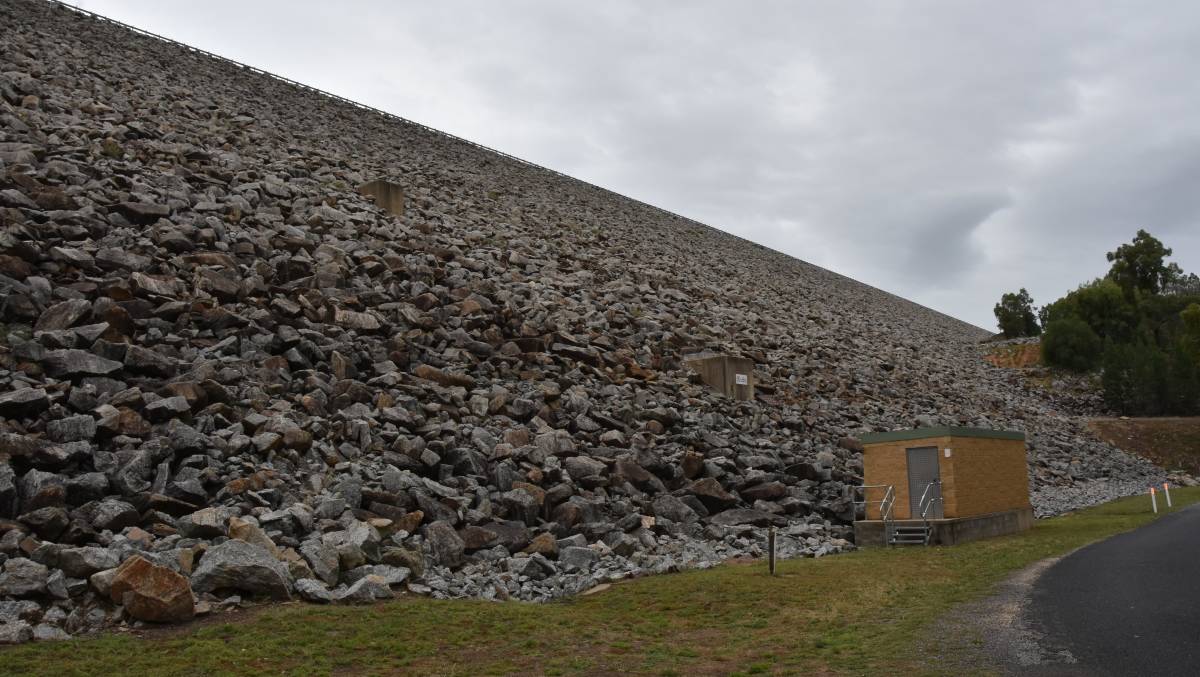 The current Wyangala Dam wall dwarfs utility buildings at its base. An engineer's report lodged with the government on Monday suggests raising the wall it will increase it's bulk by 40 per cent.

Rock fill for the current wall was sourced within a kilometre of the existing structure, but those quarries and access roads are now under water.

To access those quarries again would require reducing Wyangala's capacity to 45 per cent of its storage capability for the project's duration, the report says.

That would inevitably have a "significant impact on water allocation from Wyangala", said Mr Brown.

To source the material from existing commercial quarries and transporting it by road would involve 42,000 truck and trailer movements, working six days a week, nine hours a day, or one movement every 16 minutes, the report says.

WaterNSW has identified Darby's Falls Road from the south and Reg Hailstone Way from the north as potential major transportation routes.

Mr Brown also identified the need for a six-metre high, 150m long saddle dam 600 metres to the north east of the existing wall to stop water spilling around the main structure.

The report, submitted to the upper house by consultants Slattery and Johnson, took "three weeks from concept to completion", said Bill Johnson.

Mr Johnson said it was appalling that such fundamental information was not being distributed to the public.

"In relation to water the government is not working for the people.

"They can't rebuild trust until they start being more open about their intentions and the information they already have to hand," he said.

"The government could have done this (compiled an engineer's report) but they didn't do it.

"And that's because they don't want people to know."

He said major evaporation issues must be considered because the dam's surface area would be significantly increased.