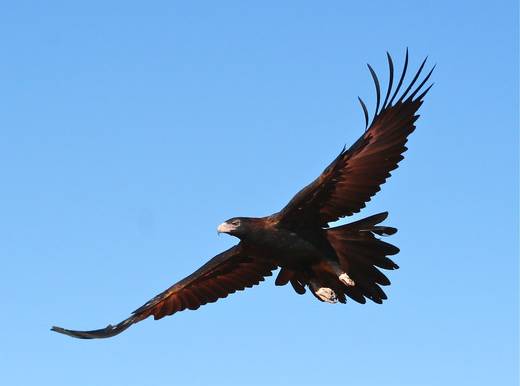 The NSW Environment Protection Authority (EPA) has confirmed several wedge-tailed eagle deaths near Deniliquin last year were the result of pesticide poisoning and is calling on the public to help identify the source.

On October 29, 2020, a report from a member of the public led NSW Police to find eight dead eagles off Willurah Rd outside of Conargo in southern NSW, the EPA said in a statement today.

EPA officers collected two of the birds and sent them for analysis at the Department of Planning, Industry and Environment's environmental forensic laboratory.

The toxicology results showed the eagles died as a result of pesticide poisoning.

"To find that many birds dead less than 40 metres apart is highly suspicious and now with confirmation of pesticide poisoning it certainly looks like this was a targeted attack," Mr Whytcross said.

"Wedge-tailed eagles, like all native Australian birds, are a protected species and it is illegal to harm one.

"Killing eight eagles with poison is a horrible crime and we want to find whoever did it.

"We're calling on the public to come forward with any information that might help.

The EPA and NSW Police are continuing their investigation into the matter.