Buyer Peter Young and vendor Rob Mulligan with one of the 31 rams Mr Young purchased.

As rain fell on the surrounding hills, the Salway wool shed was packed full of buyers with optimism for the third annual maternal composite ram sale at Walcha on Thursday.

A focus on profit driving and producing more kilograms of lamb per hectare of land while maintaining a commercially oriented operation for vendors Rob and Anna Mulligan certainly paid off when 117 rams of 120 sold for an average of $2270 and a top price of $3300.

The top priced ram was secured through AuctionsPlus and knocked down to Lachlan McKenzie of Buninyong in Victoria after a three way bidding duel.

He was part of a draft of six rams Mr Mckenzie secured for an average of $2866.

Peter Young of Glen Collin Pastoral Company at Walcha was the bulk buyer of the day securing 31 rams for an average of $2461.

Buyer Peter Young said he sourced rams that were structurally sound,had a good weaning and post weaning weight but a moderate adult weight.

"I'm also looking for the maternal carcase production index figure to be high," he said

"I'm a long time purchaser of Salway rams. They have longevity and all these rams will be used over first cross and composite ewes with the weather portion to be finished and the ewes to be self replacing."

Michael Campbell, Wirribilla, Walcha secured nine rams to a top of $3100 for an average of $2350 as a first time purchaser at Salway.

"I was looking for high growth and post weaning weight," he said

"They will be joined to some 9500 ewes in a self replacing meat sheep flock." 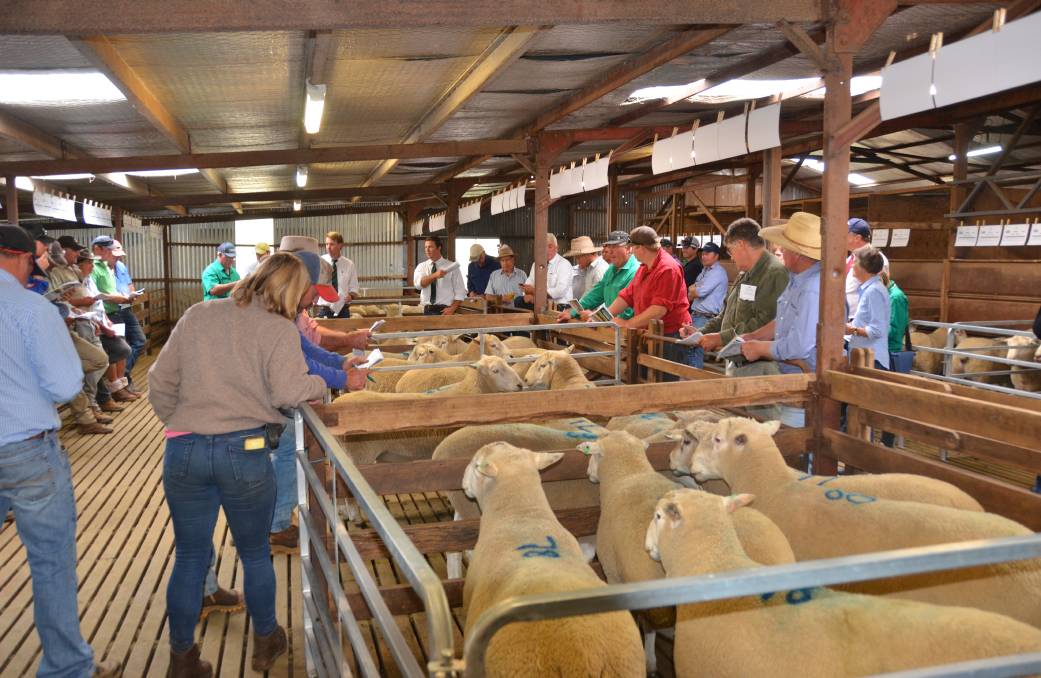 Hyde Thomson of Kanimbla Grazing Company at Walcha secured eight rams for an average of $2662.

"I bought a flock of ewes of Salway in the drought so will use these rams over them," Mr Thomson said.

"I bought rams that were big framed with carcase but still soft."

Point Pastoral Company of Coolah secured 12 rams for an average of $2200.

Merlin Grazing Company of Walcha secured seven rams for an average of $1957.

They are to be used on a recently purchased property

Vendor Rob Mulligan was overwhelmed by the support and result.

"It was great to see repeat buyers and new buyers," he said

"We believe the direction we are heading is absolutely working."

The sale was conducted by Nutrien Boultons Walcha with Simon Newton and Matthew Larkins sharing the rostrum.