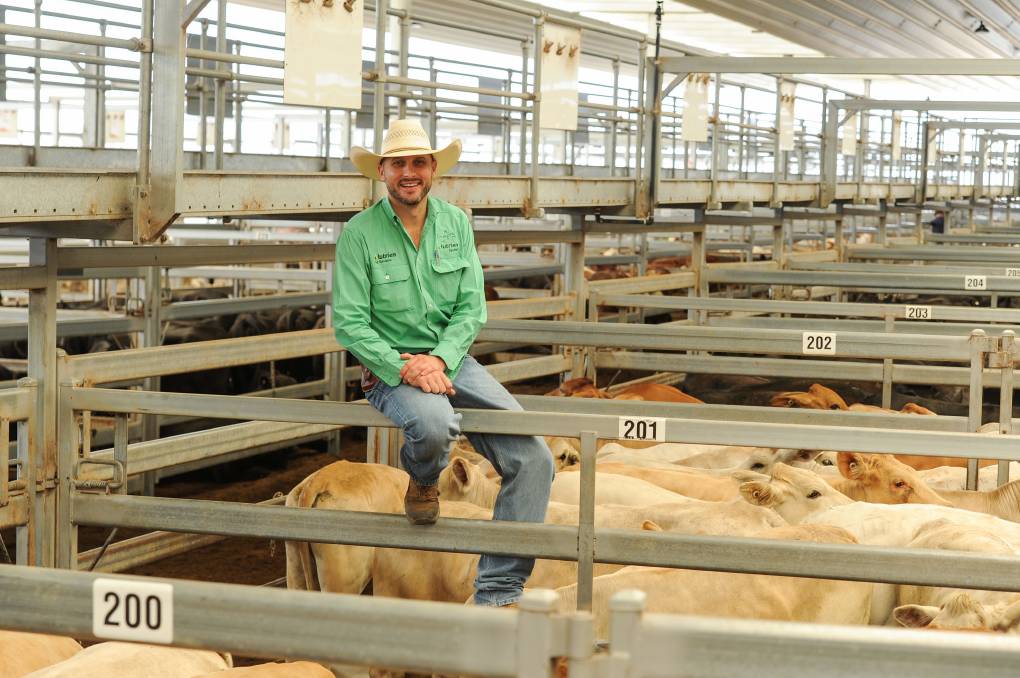 Nutrien agent Joel Fleming said the real value for money in the cattle market at the moment laid with pregnancy tested in calf heifers.

As the cattle market continues to fire agents say there is still value for money in one particular category.

The cattle market continues to go from strength to strength but Tamworth agents believe there is still one particular category that remains untapped and offers value for money.

With many backgrounders focused on the steer, heifer and even cow and calf markets, Nutrien agent Joel Fleming said the real value for money at the moment laid with pregnancy tested in calf heifers.

Around 5000 head are expected at the Nutrien Classic Store Sale at TRLX on Wednesday and at least 1200 of them are PTIC future breeders.

Mr Fleming said in the last six to eight months the PTIC heifer category had been one of the better trades, but one that people hadn't quite looked into.

"You buy a PTIC heifer for low $2000s and currently for a nice cow and calf you need $3000 plus so your return on investment is quite good," he said.

"The other thing is if you want them as future breeders there is nothing better than calving that heifer out and actually those calves you can put your vendor bred tag and you have got a line of vendor bred weaners to then go and market in comparison to going and buying cows and calves.

"I think it's an untapped market and I think value for money at the moment, that's where it is."

Word may have gotten out during the Tamworth store sale last Friday where 24 Angus heifers that had been pregnancy tested in calf made $2440/hd.

Mr Fleming said the market was at unforeseen levels and could continue to remain strong if the season sustained.

"In my opinion as long as we have got a season behind us we are in a very good spot as far as the backgrounding, the feedlot, the kill job and the breeders," he said.

"I think we are relatively stable now until what we call our oats season, until that March and April comes, and if we can get a season behind us the and we get a good strike of oats and plenty of moisture under the soil; I think we will continue to see these prices as long as the season is behind us."

The sale kicks off at 11am on Wednesday.