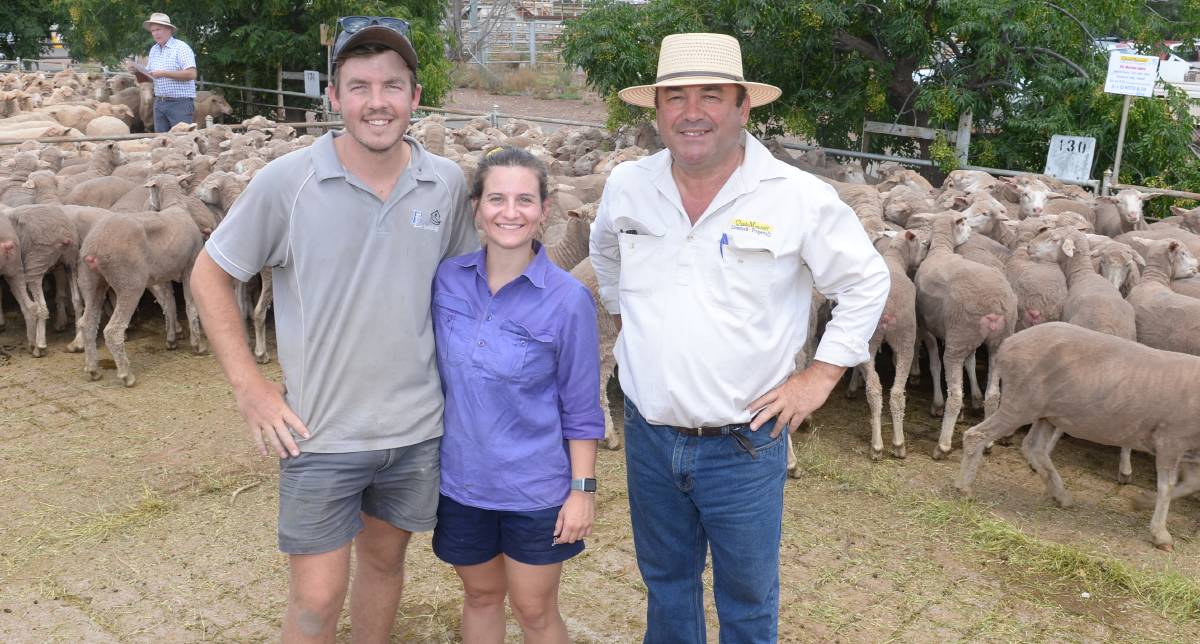 Brad and Kelsea Lamb, Birdwood, West Wyalong, with agent Paul Quade, Quade Moncrieff Livestock and Property with the $364 top-priced Merino ewes bought from Darryl Kitto and familys Cairn Mount, Tallimba. The pen of 195 head are the first the couple have bought for their own business.

A yarding of 9000 Merino ewes and wether lambs attracted one of the largest crowds to West Wyalong in recent sales.

Merino ewe and wether prices increased by as much as $46 on average while top money at $364 for unjoined Merino ewes jumped $50 a head on last year at the West Wyalong Special Ewe Sale on Wednesday.

The yarding on 9000 head was higher than anticipated and the crowd was the biggest selling one agent Paul Quade of Quade Moncrieff Livestock and Property has seen in recent sales. 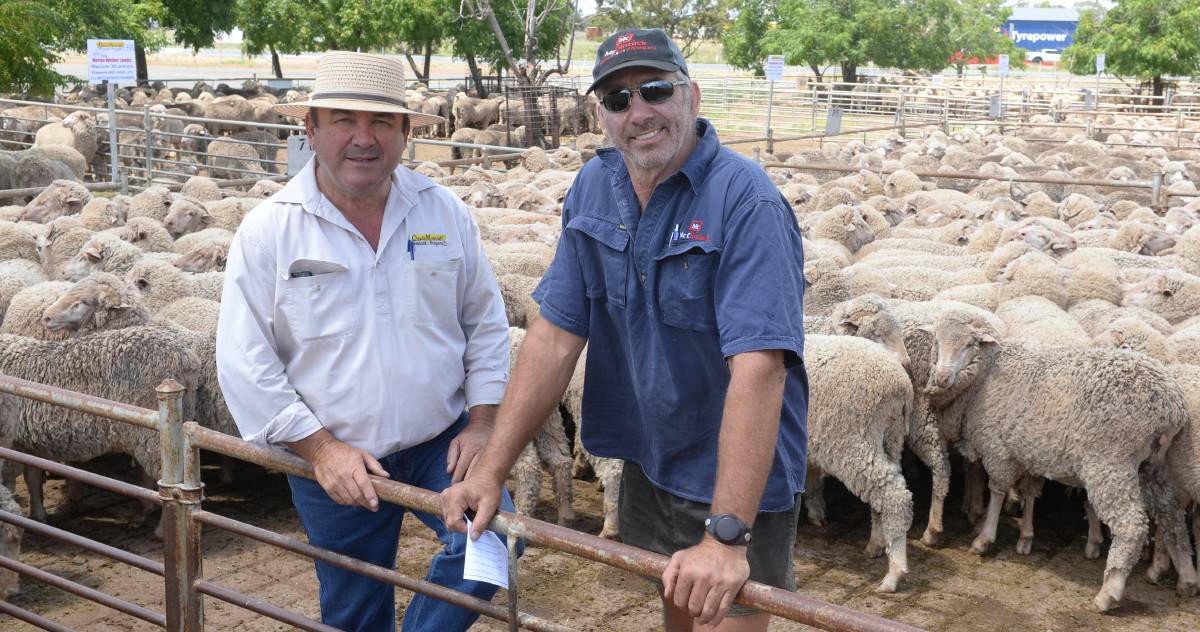 Mr Quade said he believed the wether lamb top price of $180 was a record for the West Wyalong sales.

Nutrien Ag Solutions local auctioneer, Will Dean, thought the sale was a bit cheaper then anticipated.

"I think a lot of people thought they (sheep) might have been a bit dearer on the back of rain last week and more predicted to come," Mr Dean said. "But it was a bit flat, but not different to what the southern store sales have been in the past month from what I've seen.

"I think they've all started off just a bit doughy and maybe we're at the peak and seeing a bit of plateauing."

Top ewe money at $364 was for a pen of 195 Merinos of June/July 2019 drop, Pastora blood, mulesed, January shorn and scanned-in-lamb to Poll Dorset rams due to lamb in April, bred and offered by Darryl Kitto and family, Cairn Mount, Tallimba.

There were purchased by Brad and Kelsea Lamb, Birdwood, West Wyalong, to establish their own flock on his parents farm after returning home three years ago.

The Lamb family currently run 1100 ewes of Austral Eden blood and Mr Lamb said after his newly purchased ewes lamb, they would be joined to Austral Eden sires to begin a nucleus flock.

Merino wether lambs sold to a hot market with the best presented pen of 475 May/June 2020 drop of Kiawarra blood unshorn and mulesed bred by McClintock Farming, West Wyalong, selling to the Bryant family, Mallee Vale, Ungarie, for what is believed to be a record price of $180.