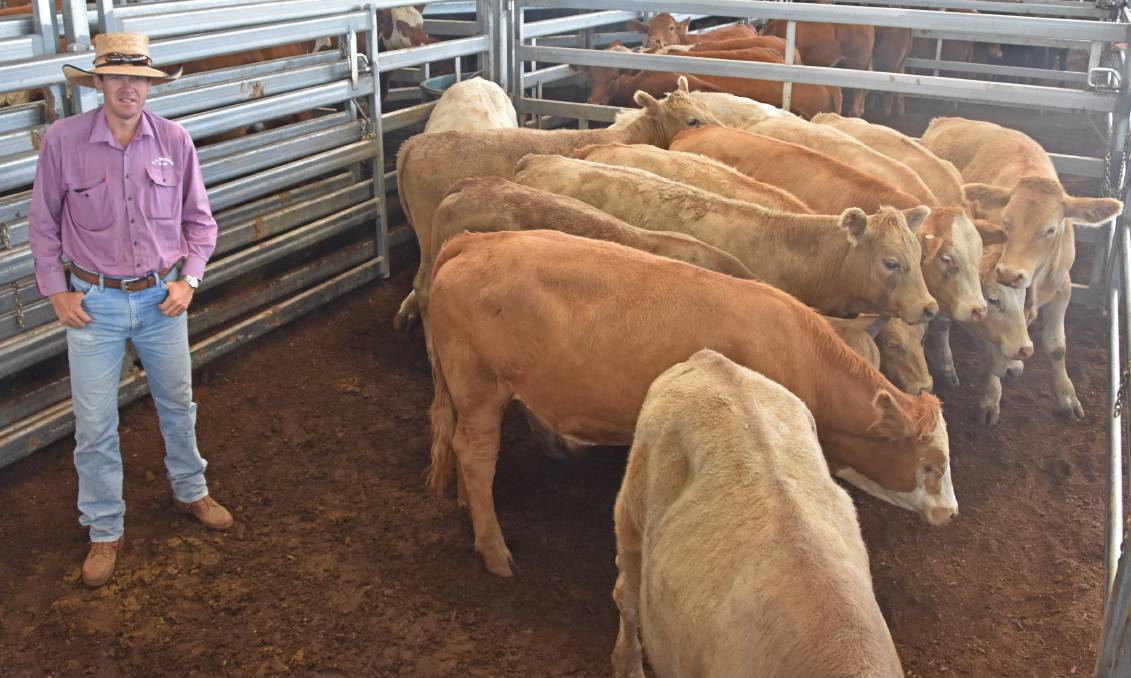 Prices remained steady across most categories while others came back.

A SMALL yarding of 511 head greeted buyers at the Inverell store cattle sale on Thursday.

Feedlotters made up most of the buying contingent while some restockers cast their eye over the 130 300- to 400-kilogram heifers, which was the most well represented category at the sale.

Despite having the most numbers at the sale, the category did not top the market.

That milestone went to a run of 14 crossbred cows with calves from Western Logistics and Water P/L, which were purchased for $2610 a head by Nutrien Glen Innes.

Overall, the 55 cows and calves auctioned averaged $2455/hd, which Elders stock agent Justin Oakenfull, Inverell, said was consistent with where the market had been in recent weeks.

"The cow and calf market, as well as the PTIC market, is probably about where it has been for the past few weeks," Mr Oakenfull said.

"I think it is fair to say today's [Thursday] cow and calf market was very strong and those kinds of quality cattle are in high demand.

"It comes down to quality and we had a pretty handy run of heifers here today that made good money and as long as they are good quality they will always sell well in the current market."

The pen of 16 top-selling Angus steers were on the lighter end of the category, averaging 324kg and were sold by CL Squires and Co, Inverell, on behalf of Clerkness Pastoral Company, Bundurra.

"It wasn't a massive yarding by any means but there is plenty of feed about and the heifer and steer market was very strong," Mr Oakenfull said.

"Inverell has got one of the best feedlot markets around because there are so many facilities central to it, but I think everyone is chasing cattle so it made it as strong as anywhere."

"It's a crystal ball question where the peak will be, if you knew the answer you'd either make a million or lose a million," he said.

"You just never know, but while there is plenty of feed around I think it will stay pretty strong."