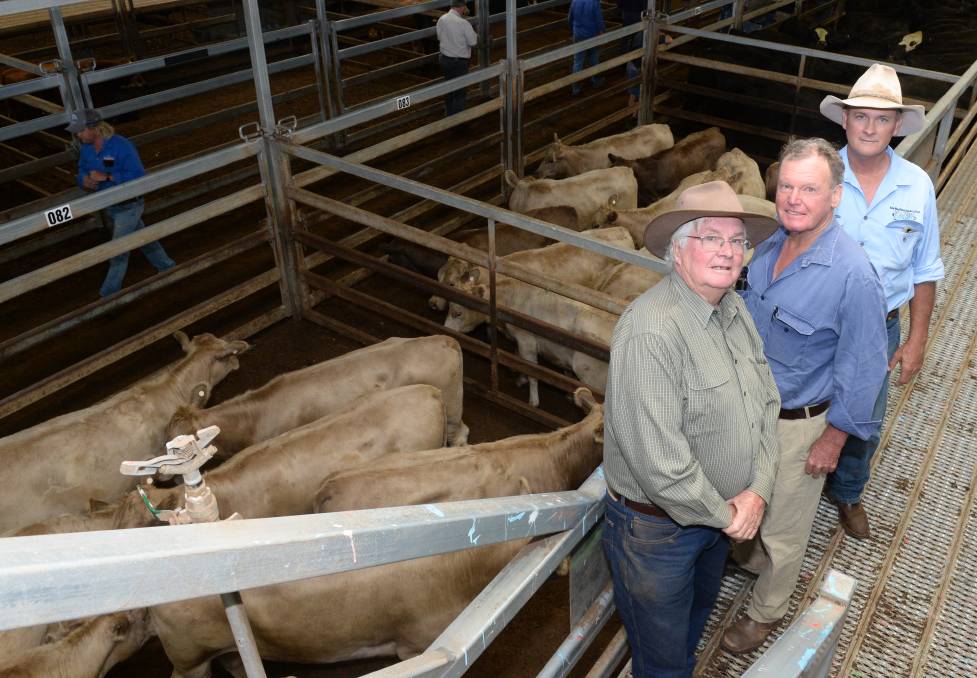 WHILE the yarding of 925 head were described as possibly plainer overall than the previous month's sale, prices for steers and heifers was firmer at the CTLX Carcoar store cattle sale on Friday.

Steer weaners sold up to $1840 for black baldly weaners weighing more than 330 kilograms while heifer weaners held well selling up to $1640 for the heavier Angus category.

McCarron Cullinane Pty Ltd agent, Lindsay Fryer, said he thought the sale was quite firm on last month's fixture for steers and heifers while cows with calves may have been slightly cheaper.

"I would say the steer market would be firmer on what it was last month, I don't think it's much dearer but fair to say prices were between $6 and $7 a kilo for most of the bigger steers and the little steers were well over $7/kg live," he said.