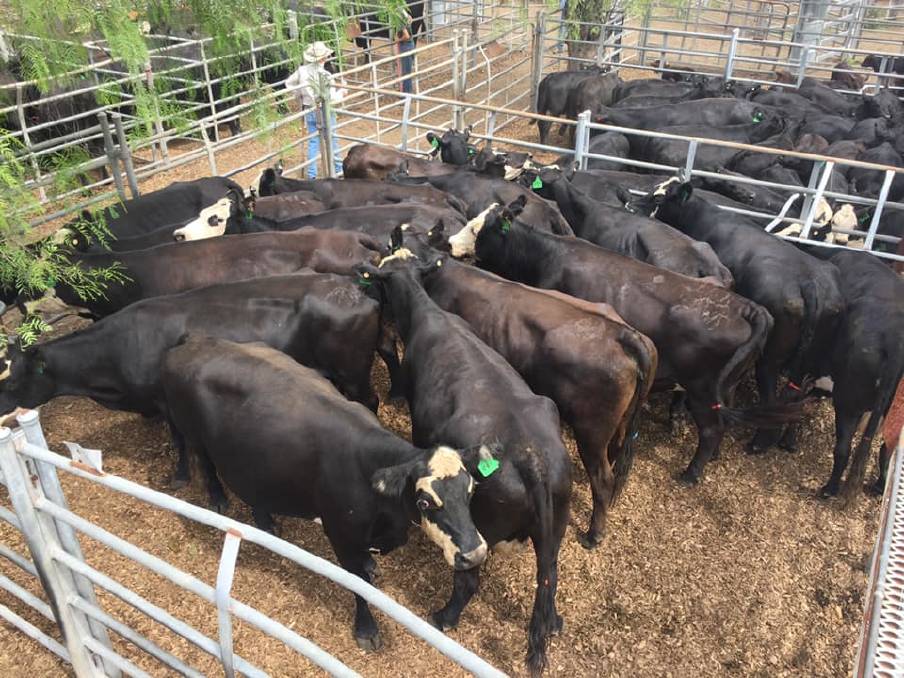 Prices were markedly stronger at Saturday's sale from where prices were before Christmas.

PRICES across all categories took a sharp rise at the first Singleton store cattle sale of 2021 on Saturday.

A total of about 700 cattle were yarded for the monthly event, which marked the first time the store sale had been held on a Saturday after being moved from Fridays at the end of last year.

Cows with calves made up majority of the market with about 300 head up for bids ranging from four to eight years old and on average weighing 600kg for cows and 190kg for calves.

"The quality of all of the cattle on offer at this month's sale was fantastic," Mr Ede said.

"Prices were markedly stronger at Saturday's sale from where prices were before Christmas.

"We had a really big crowd in for the sale, which was great to see and I think moving to Saturday had a lot to do with that."

"I thought the second-grade cattle such as cows and calves and PTIC heifers were up $200 to $300 from our last sale," Mr Ede said.

"It was quite surprising to see the demand those kinds of cattle attracted in comparison to the weaner heifers and steers.

"Every category was a lot dearer than before Christmas but those second-grade categories took quite a rise and I wouldn't mind betting that trend will continue at our next sale on March 13."