It was the best ram and ewe sale the Cresswell family have conducted in their 15 year annual sale history at Dubbo on Wednesday with stud rams selling up to $5200 and averaging $3086 and commercial purebred joined ewes establishing a record $460 a head.

WHILE it's the best stud sale result in years with a complete total auction clearance for the Cresswell family's Annalara White Dorper stud, Dubbo, their purebred commercial ewes broke the record at $460 a head for two drafts selling via AuctionsPlus.

The previous record price for purebred commercial ewes was $425.

In the commercial ewe section 45 Ultra White/White Dorper ewes July/August 2020 drop unjoined sold at $350 a head to an undisclosed buyer while Frank Bell of Farleigh near Armidale purchased 176 ewes paying $400 each for 60 unjoined July/August 2020 purebred White Dorpers, $370/hd for another 43 and $360.hd for 73 joined 2017-drop ewes. 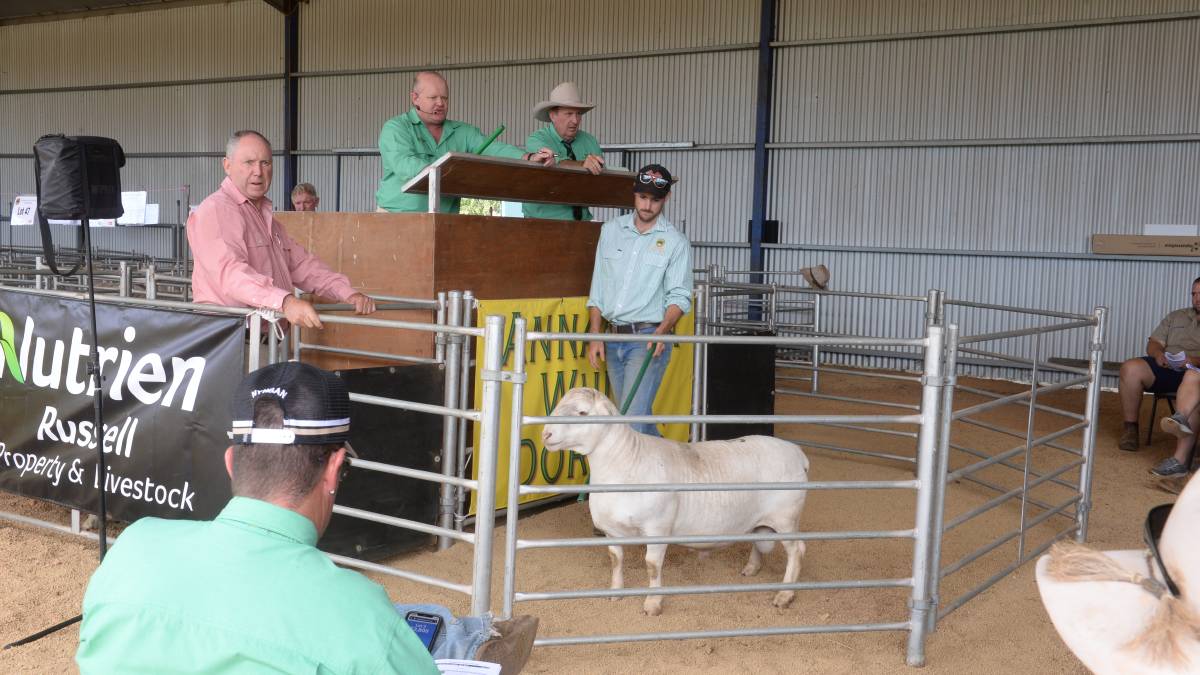 Repeat buyer for each of the past 15 years, Ben Laird of Mount View Pastoral Company, Hillston, this year paid the $5200 top money while purchasing 27 rams for the Laird family's 8500 White Dorper commercial flock 60 kilometres northwest of town.

Mr Laird said the family held on to their whole flock during the drought by had-feeding grain with oaten and vetch hay grown on the station.

A represent they have cotton growing which will be followed by wheat including a couple og grazing varieties.

"We always aimed to maintain full production during the drought which enabled us to take advantage when it broke," Mr Laird said.

The Cresswells said they were delighted to see so many return buyers securing rams again this year.

In the past three Dorper breed sales John Settree has officiated as auctioneer, there has been three world or Australian records broken.