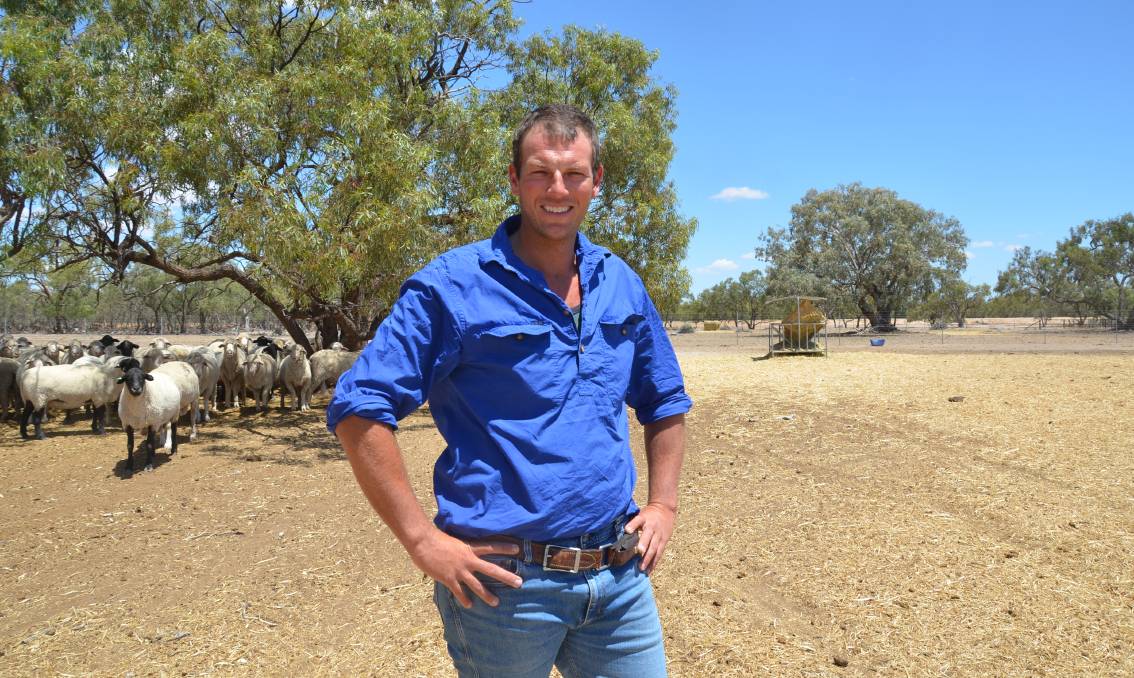 Diversifying from wool with SAMM and black Suffolk rams.

From 2017 to 2019 the Bonselaar family of Windalle Station at Menindee received just 100 millimetres of rain.

But despite the dismal total they were able to emerge from the drought with their breeding stock largely intact - a feat attributed to selling surplus stock early, containment feeding and extensive water infrastructure, a legacy of the Millennium Drought.

In a good year, Brett Bonselaar (also on The Land's cover), his parents Nick and Sharon and fiancé Jamie, run 5000 to 6000 Merino ewes and a couple of hundred Hereford cows on their 38,850 hectare station, 30 kilometres north-east of Menindee, on the Darling River. 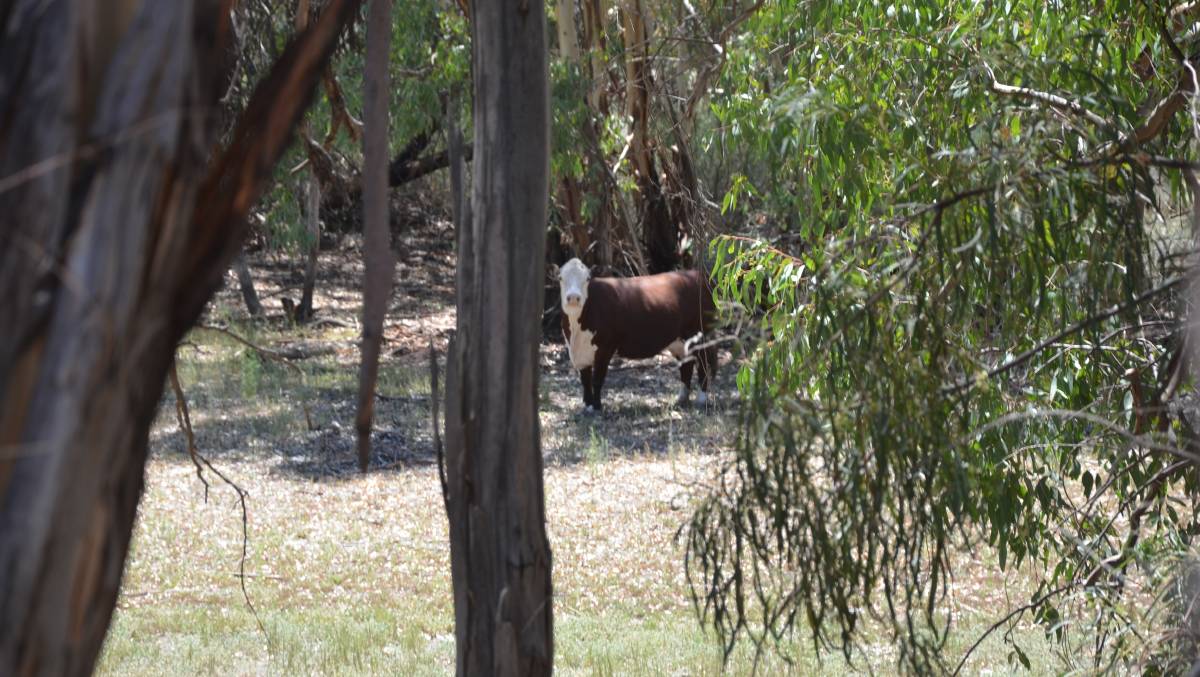 The Bonselaars' Hereford cattle graze along the Darling River and Lake Wetherell.

A secure source of water is of course integral for getting stock through a drought and Mr Bonselaar, who is the fifth-generation of his family to graze at Windalle, said they learnt during the 2002 drought that they could no longer rely on the Darling River, as they had previously.

Instead they set up water infrastructure based around their three existing bores, putting in 45 kilometres of new pipe lines after 2002 to connect the bores to the rest of the property. The entire pipeline network now stretches around 70km and is run on solar power.

"It just links the whole property up so we are able to better drought-proof ourselves," Mr Bonselaar said.

A secure feed source was trickier to mitigate but containment lot feeding allowed them to retain 2800 ewes and 84 cows through the drought.

"We locked everything up to reduce their energy consumption, sold off the progeny from the cattle and the sheep, so we got back to just a dry breeding unit," Mr Bonselaar said.

He said selling surplus stock early, including older ewes, gave them the cash-flow to carry on feeding.

"We had a multi-generational bloodline and we wanted to keep that, but at the same time we were aware of what it was costing us, we knew exactly how much it cost per head, per week," he said.

They split the stock into weight categories, with around 500 ewes per 0.8ha containment lots.

"Like a lot of animals in the district, they were coming to the end of their tether in confinement and we were just lucky we got the break when we did," Mr Bonselaar said.

They are at 40 to 50 per cent of their carrying capacity, but Mr Bonselaar said they were not looking to purchase restockers.

"We made the decision that we were going to rebuild livestock number slowly to give the country a chance to recover and reset a seed bank," he said.

Last year they had close to 190mm, still below their average of 270mm but enough for them to easily get by with reduced numbers.

Unlike others in the Western Division the Bonselaars have not transitioned into shedding sheep in reaction to the depressed wool market, but it is an option they have and will continue to consider.

"We would like to see some recovery in the wool market and we would like to stick at it, but you've got to run a commercial business at the end of the day," Mr Bonselaar said.

"Changing enterprises comes at a massive cost, with additional fencing requirements and bringing in new genetics, so it's not a decision you would make lightly."

However, the Bonselaars have diversified their flock in other ways, bringing in black Suffolk and South African Meat Merinos (SAMM) rams.

Mr Bonselaar said they put the SAMM rams over their maiden ewes.

"We just find the lambs have a faster growth rate, earlier maturity and they're a little bit hardier for a first-time mum," he said.

"We've introduced them in the last couple of years to take the primary focus away from the wool income."

He said given where the wool market is at the moment it was not viable to shear their wether lambs.

"We're trying to get early development, sell our stock younger and let someone else finish them," Mr Bonselaar said.

Cattle are also another "link in the chain", forming a third of their business and Mr Bonselaar said they ran them because of their river country.

"Due to fluctuating river levels, running Merino sheep in an environment where they've got to go into the mud to get a drink, it just doesn't suit," he said.

"From a cash flow point of view we can just sell a load of weaners in September and that pays for our shearing and we roll on from there."

They also run cattle on one of the, currently dry, Menindee Lakes, Lake Wetherell.

"We've got about 1400 hectares on Lake Wetherell that we lease back from WaterNSW," Mr Bonselaar said.

"That operates on an environmental basis, so at some points we don't have any grazing rights to that land because it's flooded and then on other seasons we can access it."

Although the Bonselaars had to work hard and smart to get through the latest drought, they are not the only ones to do so, with grazing remaining a stable business in the region, unlike irrigation which has seen a rapid decline due to a reduction in water availability.

"Everyone stuck through it in the area and the demand for land out here continues to grow rapidly, everyone's got a hankering to get bigger," Mr Bonselaar said.