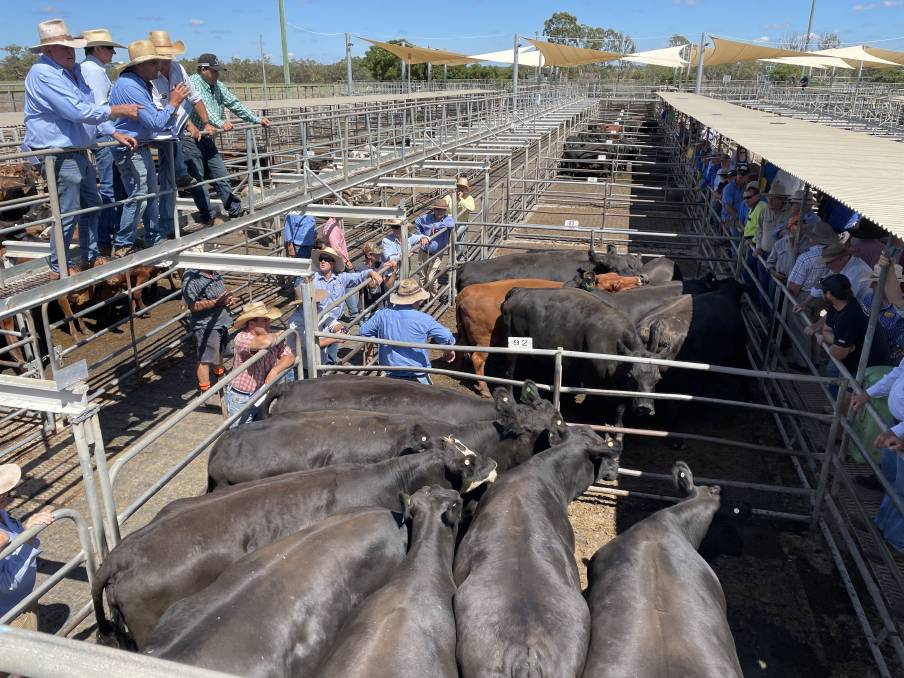 WITH just 320 head yarded, the Dubbo store cattle sale last Friday was solid from the start.

That was according to Christie and Hood auctioneer, Bill Tatt who said buyers from Merriwa, Coonamble and Coolah districts competed furiously against locals for the offering.

"It was a solid sale from the start to the finish," he said.

"For the numbers penned, it was a very good sale.

"Hereford cows in prime condition with weanable calves made $3250 a unit, the second highest cow with calf unit price of the day."

Meat and Livestock Australia market information said the best cow with calf units were a pen of Santa Gertrudis with first-calves that sold for $3350 a unit. Weaner steers sold from $960 to $1620 with the top money being for a pen of 11 Angus weighing between 280 to 330 kilograms offered by Cobram Farms, off agistment in the local area.

Weaner heifers met solid demand selling from $910 for a pen of five Bos Indicus-crosses which sold up to $1100 for the consignment of 80 head to $1300 for five Brahman heifers.