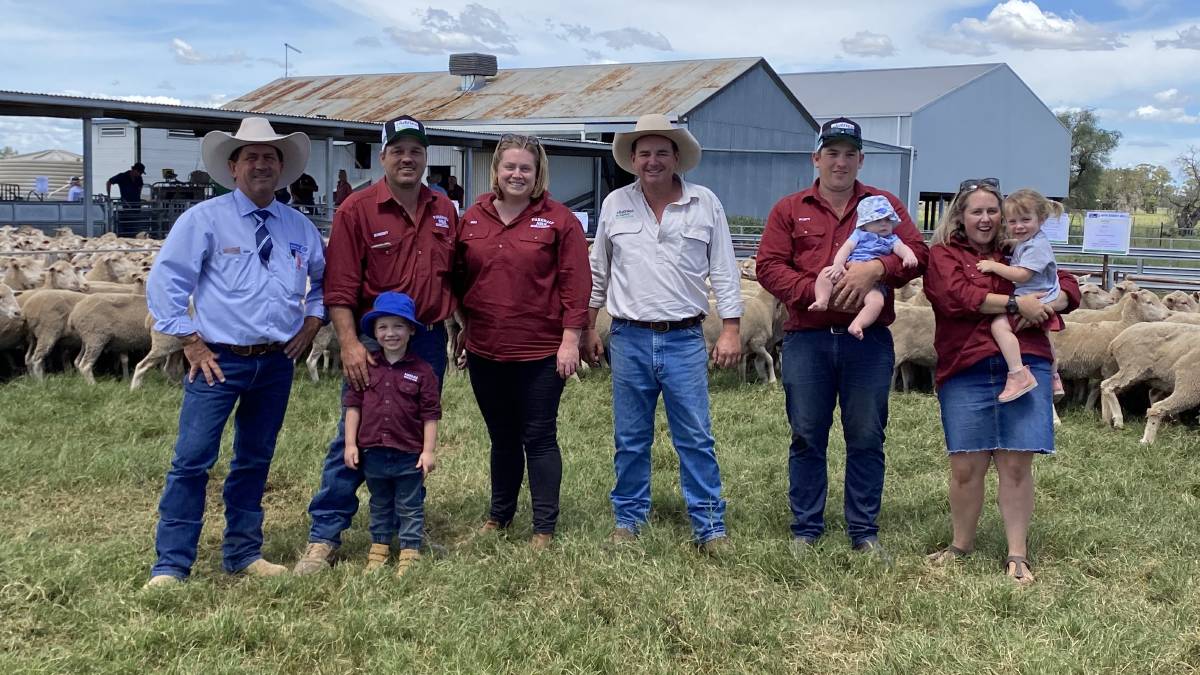 A standout for stud principle, Don Mudford, was the short tail Merinos.

"We weren't sure how they would be received by commercial breeders as this is the first time we have put any natural short tail Merino ewes up for auction," Mr Mudford said.

The ewes were 5/6/7 years of age with a quarter to half-length tail. A bidding war between locals pushed them to $230 each.

"The ewes consistently pregnancy scan at 200 per cent and produce a 19 to 20 micron fleece and are never mulesed, never tail docked with no chemical required for blow-fly prevention," Mr Mudford said.

The breed is a world-first developed by the late Dr Jim Watts and Don Mudford at Parkdale with their own privately funded research.

In a total clearance, 3450 ewes and 41 sale rams sold with rams selling to $2250 to average $1450. Rex Wilson, Winterslow, Warren, paid the top money while securing three more rams averaging $1490 for the package.

"The ewes sold today will pay for themselves in one year," Mr Mudford said.

"We buy a tractor and it costs us six years or more to pay for it with cropping."

Buyers were registered from the five eastern states and the ACT and sheep went into all areas of NSW.

The sale was conducted by Hartin Schute Bell, Narromine and Nutrien, Bourke.