A newly-listed mixed farming and irrigation aggregation at Forbes had its origins in the break-up of one of the great founding pastoral holdings of the Central Lachlan. 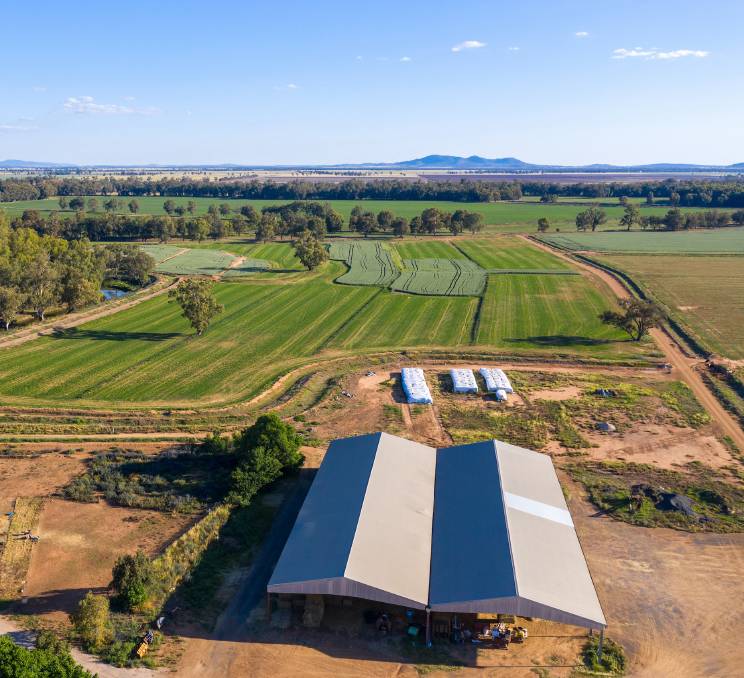 A newly-listed mixed farming and irrigation aggregation at Forbes had its origins in the break-up of one of the great founding pastoral holdings of the Central Lachlan.

Listed for sale by Johnston Rural Group, the aggregation is being marketed by expressions of interest with offers invited for the property as a whole, or as one or more of four separate parcels.

Three of the four blocks adjoin: Yamminga/Riverview of 415ha, Stirling of 142ha and Fisher's Dairy of 60ha.

A short distance by lane connects these to the fourth, Bedgerabong Road Block of 52ha.

The aggregation is owned by the Robinson family, who have held most of it for more than 30 years and are selling now as part a generational retirement plan.

Originally all four portions were part of Carrawobitty Estate, taken up in the early 1800s by James Collits and later held for 65 years by the Coward family.

By the turn of the century, as a 16,000-acre station, Carrawobitty was shearing upwards of 30,000 sheep, but after the Second World War the 6550ac then remaining of Carrawobitty was resumed for soldier settlement.

Seventeen blocks were created, initially for use as dairy farms, but as milk quotas declined in later years the focus shifted to mixed farming. Six of those original settlers' blocks now form the Yamminga Aggregation.

All but one of the four parcels making up the aggregation were purchased in 1988 by brothers Claude, Garry and Jim Robinson from the Caldwell Family Estate. A later addition in 2004 was Stirling, previously owned by local stock agent John Martin.

Under Robinson family ownership the properties have been extensively developed, with a focus on efficient, modern irrigation, flood mitigation and support infrastructure.

About half the total area (more than 325ha) is developed for lasered border-check irrigation, backed by 2091 megalitres of general security Lachlan River licences (included in the sale).

Under current management the property supports a mixed farming operation based this year on a 250ha cereal crop rotation, 290ha of lucerne for hay production and 78ha of high-performance pasture.

Hay yields off irrigated fields are expected this season to reach 12-15 tonnes/ha.

Supplementing the farming program is a Merino flock of between 1000 and 1500 ewes from which crossbred lambs are bred and finished.

Three homes on the property, dating from the 1950s and '60s, have all been recently renovated and come with air conditioning, slow-combustion heating and solar power. One also has a pool.

Expressions of interest close on March 31 with offers for the whole expected in a range of $9-$9.75 million.