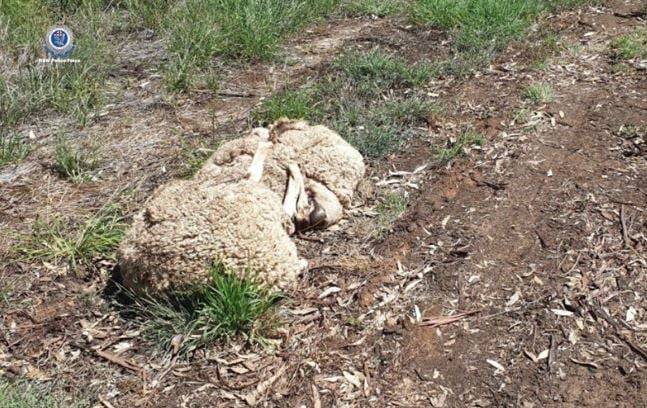 The carcasses were discovered on the side of the Golden Highway near the intersection of Old Mendooran Road at Dubbo. Photo: NSW Police Rural Crime Prevention Team

The remains of the animals were found earlier this month.

POLICE have launched an investigation after the remains of two sheep were found on the side of a highway in the state's mid-west.

Officers from the Orana-Mid West Rural Crime Prevention Team began their inquiries after the carcasses of two sheep were found on the side of the Golden Highway near the intersection of Old Mendooran Road at Dubbo on February 19.

Investigators believe the animals may have been butchered at another location before being dumped on the roadside sometime between February 18 and 19.

Acts of animal cruelty attract harsh penalties and police are calling on the public's help for any information relating to the incident.