WHILE Bob Freebairn suggests he might come over as a tropical grass pasture fanatic, his conviction is simply because this pasture excels in vast parts of the state, and commonly when other species are lacking. 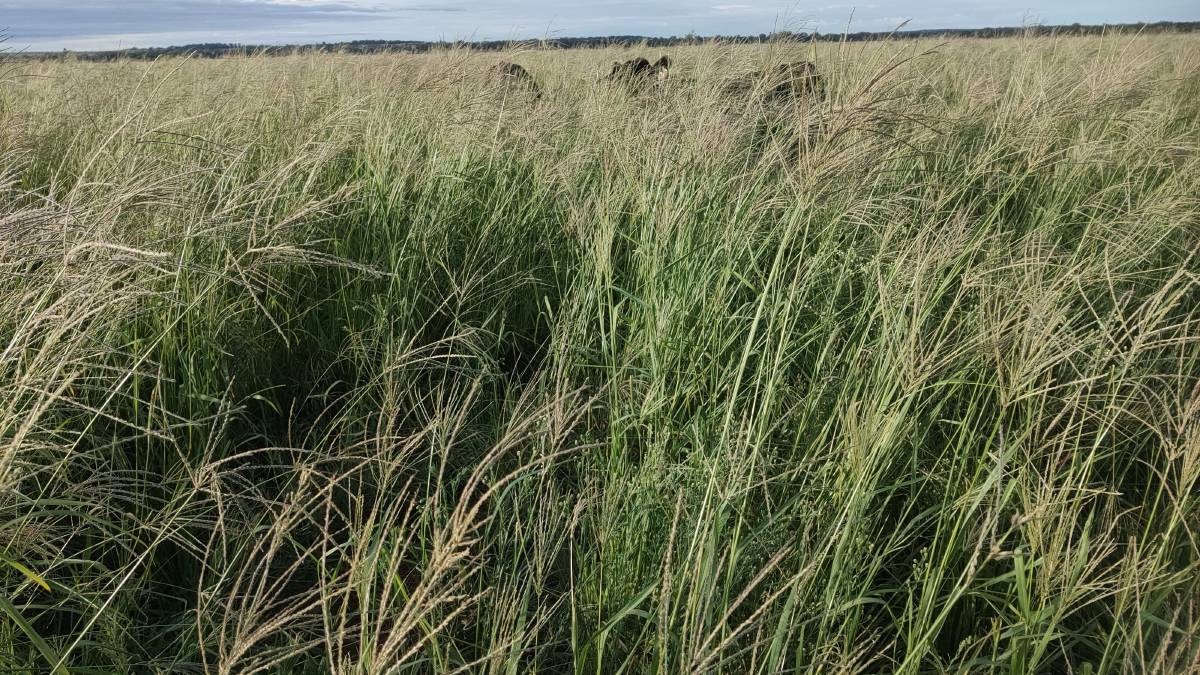 An early February 2021 view of steers grazing Premier digit grass pasture. Drymatter levels of this stand are over 8t/ha with feed of sufficient quality for steers to gain over 1kg/day/head.

WHILE I might come over as a tropical grass pasture fanatic, my conviction is simply because this pasture excels in vast parts of the state, and commonly when other species are lacking. Well managed they last indefinitely and are productive.

The past four springs in our area have ranged from very poor to moderately poor with winter legumes haying off early. Temperate perennials decided to begin their summer dormancy stage mid-spring with likely little next production until at least late autumn if they survived the drought years. 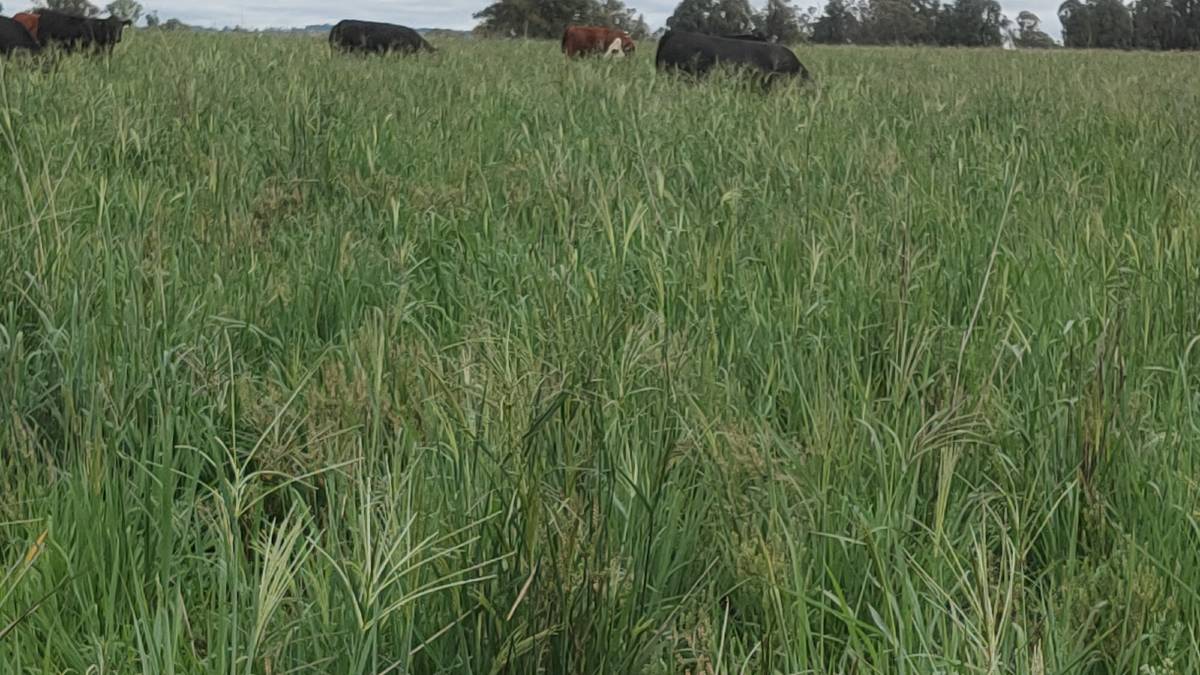 Tropical grasses have ability to rapidly respond to what many Central West and southern landholders would describe as out of season rainfall. In fact this so could be over 50 per cent of a year's annual rainfall, even in a southern environment. In many slopes and plains areas they grow well from early September to the end of May, nine months of the year. Even in colder environments their growth period can be seven months and in warmer areas commonly 10 to 11 months.

Take this past spring. Our August to October 24 was a largely dry period with sub clover and naturalised clovers haying off and not revive when good rains set in from late October onwards. Winter legumes serradella and biserrula, did hang on to partially respond to late spring rains. But tropical grasses rapidly responded and have the capacity to grow well over summer and autumn while soil moisture is present. They also are compatible with winter legumes, although the two need sowing at different times. Winter legumes, in this case serradella last spring, combining well with tropical grass and supplying winter feed plus nitrogen to the pasture.

In the drought years 2017, 2018, 2019, winter annuals provided little feed and temperate perennials commonly if they survived also provided little feed. Again it was the tropical grasses that were able to grow rapidly in response to any rain events over five millimetres during spring, summer and autumn in those years. Also importantly, it was the lighter soil paddocks, commonly acidic in top as well as sub soil, that responded best to these occasional rain events during the drought.

Coming out of the drought in January 2020 topicals not only provided rapid quality feed, but also allowed hay reserves to rebuild and restocking to commence ahead of the rush. In contrast native pastures were often good but several tonnes/ha below tropical grasses in quantity and speed of recovery. Some landholders had well managed lucerne survive the drought well but commonly at drought break time their groundcover levels were so low recovery was also well behind tropicals.

Variety choice, like for most species, is important when selecting tropical grass for a soil type and environment. Some species and varieties do well for a few years but have a history of poor-long term persistence. In many North West and Central West experiments, Premier digit for example has proved long term persistent if at least reasonably well managed. As NSW DPI research agronomist Suzanne Boschma has shown in Tamworth research, it and bambatsi panic, on a red clay soil, after eight years are streets ahead of many other species. Note bambatsi best suits heavy soil.

In several Central West and North West areas, and a sprinkling further south, some tropical grass stands are now 30 years or older. Many of these show no decline in vigour or persistence. For persistence and best productivity some key grazing management aspects include allowing plants to periodically run to head to allow replenishment of root reserves, and don't overgraze for lengthy periods.

Like any perennial pasture it is important to plan establishment well ahead. A proven scenario is to winter crop combined with high standard summer fallow to ensure a weed seed free seed bed. We always sow early, around late October for our Central West area. That provides over four months of establishment opportunities, around a 95pc probability of success in our environment.

For best value for money we purchase seed of high germination and purity off farmers with a history of providing weed-free quality seed. Sowing seed not pelleted is by far the cheapest way, on a per-seed basis, and has always proved successful for us and many farmers I consult for. Good tropical grasses also require good soil fertility.

Next week. Aiming for the best from dual purpose and grazing crops.

Bob Freebairn is an agricultural consultant based at Coonabarabran. Email robert.freebairn@bigpond.com or 0428 752 149.