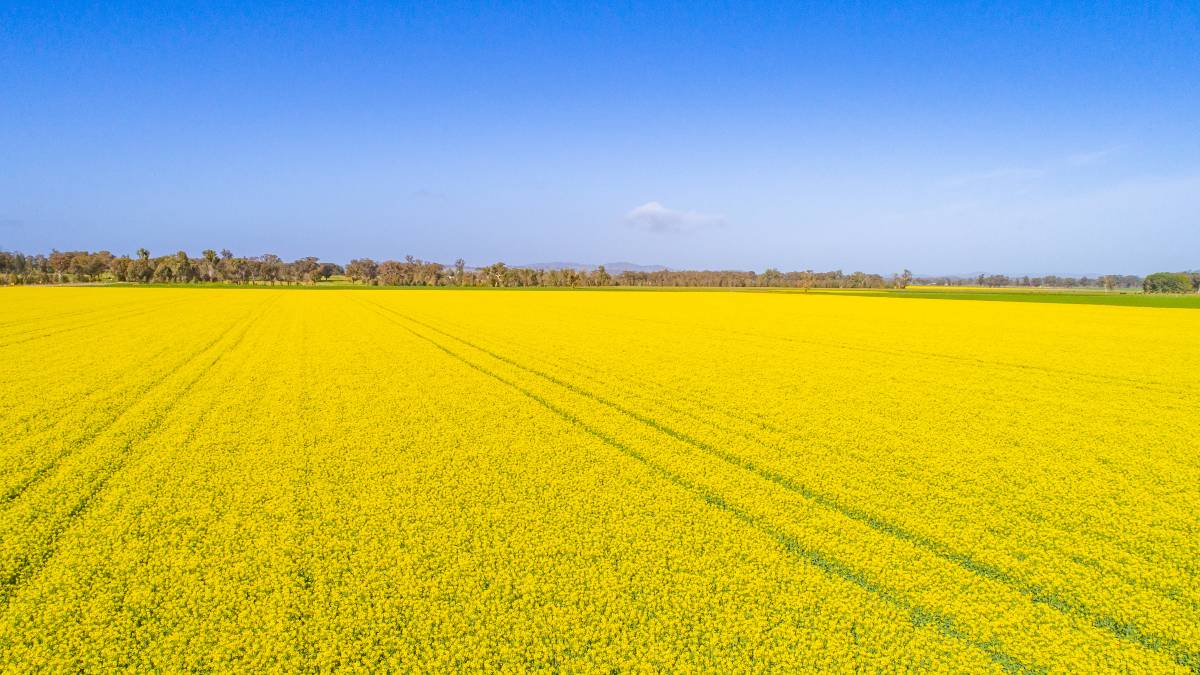 Canola is one of several crops grown in NSW that has seen large benefits from GM techonology.

In a bid to reduce investment uncertainty and to allow speedier delivery of advances in crop genetics that could yield $4.8 billion in bonus value to NSW ag, the NSW Government will lift a moratorium on new GM crops.

The NSW wheat industry is pinpointed as one of the biggest beneficiaries with a study finding it could reap $1.7 billion in improvements through new gene technology over the next 10 years.

The NSW Government has made it clear that new genetically modified plants will not be allowed to be grown until they have passed the rigorous testing of the Commonwealth Gene Technology Regulator.

But the lifting of the 18-year moratorium in NSW means producers will have more free rein to market their GM crops, it will reduce uncertainty of investment in GM and make it easier and more timely for GM improvements to enter the ag sector.

GM technology has already changed the face of canola and cotton in NSW, with cotton reducing its pesticide use by almost 90 per cent with improvements in plant genetics that prevent heliothis moth attacks.

The NSW DPI chief scientist Philip Wright said the concerns over GM technology and its affects were waning, with more scientific studies showing it did little harm to the environment.

GM technology was set to provide greater yields and lower costs, with many new opportunities just on the horizon, he said.

The greatest benefits for NSW croppers was for more heat tolerant and drought resistant varieties of crops.

He said the industry had shown in NSW it was able to manage the GM concerns. "By removing the moratorium we will remove some of that uncertainty with research and investment. Of course everything will still have to go through the Office of the Gene Technology Regulator, and it is very rigorous."

Dr Wright said the benefit of lifting the moratorium was that on the back of any innovation it could flow on as fast as possible to industry.

GM technology had great potential for improving the drought and heat tolerance of crops, improving nutrition, as well as reducing pesticide use and confronting new biodiversity threats and plant pathogens.

"We are only at the start of a genetics revolution in many ways," he said. A lot of the original concern at the spread of GM plants had faded. "There is an overwhelming body of scientific evidence that GM advances have been safe."

NSW Agriculture Minister Adam Marshall said by lifting the ban on July 1 this year, the Government was "opening the door for the State's primary industries sector to embrace new GM technologies in the field ".

"In fact, adoption of GM technology is forecast to deliver up to $4.8 billion in total gross benefits across NSW primary industries over the next ten years. GM technology could save farmers up to 35 perc cent of their overheads and boost production by almost 10pc.

The GM moratorium was enacted to manage the trade and marketing issues related to the emerging branch of agriculture nearly two decades ago, but Minister Marshall said there had been few if any implications in more than a decade.

"The NSW Government has been looking closely at this issue for over ten years, ensuring GM food crops are effectively managed around trade and marketing issues," Mr Marshall said

But we also have to be collectively responsible in respecting a farmer's choice not to use GM technology. - NSW Farmers President James Jackson

"There is a robust safety system in place, with all applications to grow GM crops assessed by the Commonwealth Gene Technology Regulator.

"As we have seen with GM canola, it has been approved for commercial cultivation in NSW since 2008, and has provided farmers with increased management flexibility in their cropping systems and better yields.

He said genetically modified canola, cotton and safflower have been successfully grown in NSW since 2008 meeting all crop management and marketing requirements. 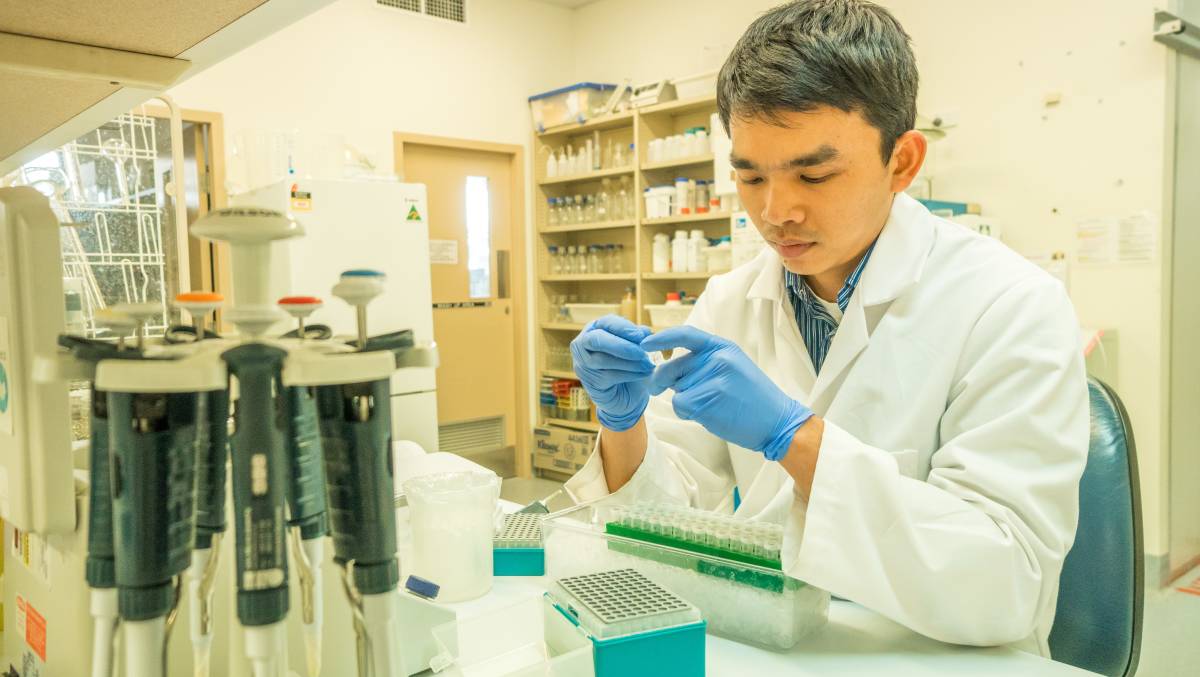 Dr Duy Le, cotton pathologist Narrabri. The cotton industry has cut pesticide use by 90 per cent with the introduction of GM techology that has inserted a toxin in the plant structure to stop attacking heliothis moths.

NSW Farmers said it supported a decision to lift the moratorium on GM crops, provided farmers "have a choice and that any genetically modified organism has been approved by an independent, science-based Australian regulator".

NSW Farmers President James Jackson said farmers who wish to cultivate GM crops should have the opportunity to make informed choices about what to sow, based on their individual businesses and specific conditions.

"We do have confidence in the Office of the Gene Technology Regulator as an independent science based regulator that will balance the risks and benefits of different GM crops or applications for those farmers choose to incorporate them.

"It is true that there is huge potential with biotechnology to develop more drought resilient crops and improve sustainable weed and pest control, which will play a key role in reaching our aim of a $30 billion Ag sector by 2030. But we also have to be collectively responsible in respecting a farmer's choice not to use GM technology."

Mr Jackson said the right to choose does not stop with the crops a farmer plants.

"Truth in labelling is important to create trust and acceptance and to provide consumers the opportunity to make informed choices in regard to genetically modified foods," Mr Jackson said.

Director of the Sydney Institute of Agriculture, Professor Alex McBratney, said: "There are pros and cons to this decision to lift the ban on GM crops in NSW, which will align policy with the rest of the country.

"If we use genetic technology to improve the nutritional profile of crops, such as vitamin levels in rice, or by making crops more water-efficient that will be a definite positive. We've already seen a dramatic drop in insecticide use in GM cotton grown in Australia.

"However, crops modified to be 'Round-Up ready' can encourage overuse of herbicides when we should be looking at alternatives, such as camera spraying and other precision agriculture methods.

"It's important to remember we've only seen commercialisation of GM crops for canola and cotton. Genetically modified wheat hasn't been commercialised anywhere in the world so far so that offers a big challenge for our researchers. And it's worth remembering there are some markets largely in Europe that don't want GM products - so it will be important to label GM products appropriately."

Dean of Science and soil scientist Professor Iain Young said: "The lifting of the moratorium on GM crops offers a host of opportunities at a time when we have to secure our food production. The lessons from Europe show us we must be proactive in dealing with public concerns and potential misconceptions."