A bit of rain, but the Binnaway show continued with activities from Friday to Sunday last weekend. 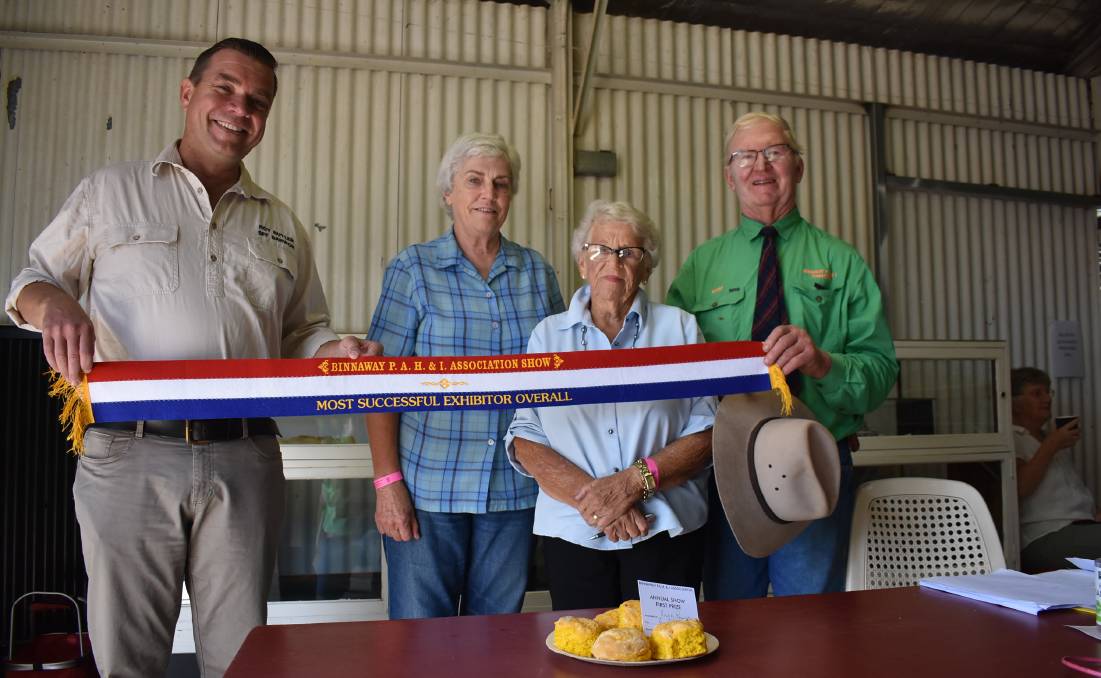 PASSING showers did nothing to dampen spirits at the Binnaway Show held over the weekend of February 27-28.

More than 1100 people passed through the gates hitting a new attendance record for the event.

Activities were held across the weekend with the multipurpose arena official opening and cutting competition on Friday afternoon, the Show on the Saturday and cow horse competition continuing on Sunday.

"We are incredibly grateful to the community for following our COVID safe measures and buying their tickets online or becoming members and adapting to the staggered drop off times and pavilion capacity limits," Mr Powell said.

"We weren't sure how numbers would go with the changes but were overwhelmed with the response and the positive feedback on the day."

A young aspiring auctioneers competition was held for the first time and attracted a lot of interest, Mr Powell said.

"It was fantastic to see the young ones getting up on stage and confidently selling the sheep and goats in front of their supporters."

Entry numbers were strong across the board with strong numbers in art, poultry, meat sheep, horses, pavilion displays and the yard dog trials had to close early due to so much interest.

Entrants travelled for hours to attend the event with poultry competitors travelling from Rylstone to Gunnedah High School and down to Eugowra bringing their stud sheep and yard dog trial entrantries.

Pavini Torronen travelled from Manildra to compete in the yard dog trials and said she had enjoyed the event.

"We like to come and support the smaller shows," Ms Torronen said

"We've had a great day. The facilities are great, the people are friendly, it's been really good."

Binnaway Show President Harry Powell thanked the sponsors, volunteers and community groups who had helped to put on the event.