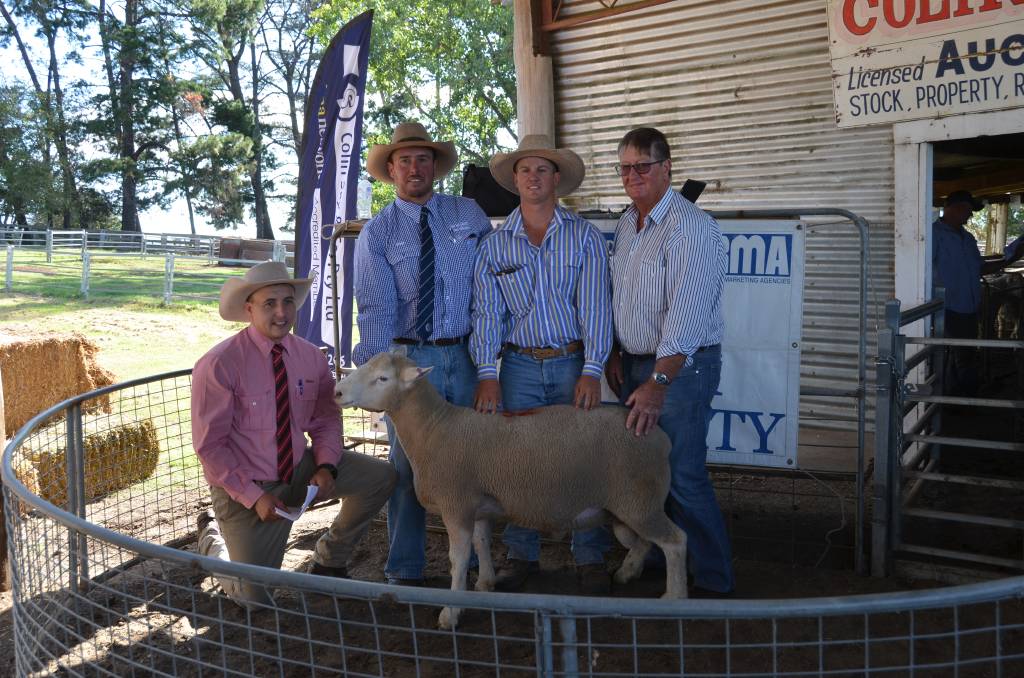 A wonderful autumn afternoon greeted a full gallery of buyers to the annual Yasloc Ram sale at Glen Innes on Friday.

Overwhelmed, lost for words and ecstatic were principal Nick Say's first words once Lincoln Mckinlay had knocked the gavel down for the last time at today's Yasloc Ram Sale.

A wonderful autumn afternoon greeted a full gallery of buyers to the annual Yasloc Ram sale at Glen Innes on Friday.

There was standing room only as the biggest crowd ever assembled at Yasloc and pushed prices to record levels for the stud.

Auctioneers Lincoln McKinlay of Elders and Shad Bailey of Colin Say and Co rolled through the 150 rams selling all to a top at $3200 and average $1890 up considerably on last years $1000 top and $680 average.

The draft was even, consistent and had quality right throughout which was met with great buyer competition.

The ram lamb weighed 108 kilograms, had a birth weight breeding value of 0.55 and a Terminal Carcase Production Index of 154.

The sire had drawn wonderful pre-sale interest and had a reserve showing how much Yasloc thought of the ram.

"His growth, structure, and estimated Breedplan values resulted in him being a wonderful all round wonderful package," Mr Robertson said

"The ram will be joined to crossbred ewes at a one percent joining percentage with his progeny to be sold either over the hook or as store lambs.

"I am a long time supporter and the fantastic line of rams on offer today and the evenness of the draft is why I buy here."

The top selling two tooth ram was sold to Will and Lill Chaffey of Weerona Vale Poll Dorset stud at Somerton for $2600.

"I was drawn to his constitution, his low birth, high growth and carcase yield," he said

"The ram fits into our program perfectly and this is our first time buying here but we have loved what has being on offer." 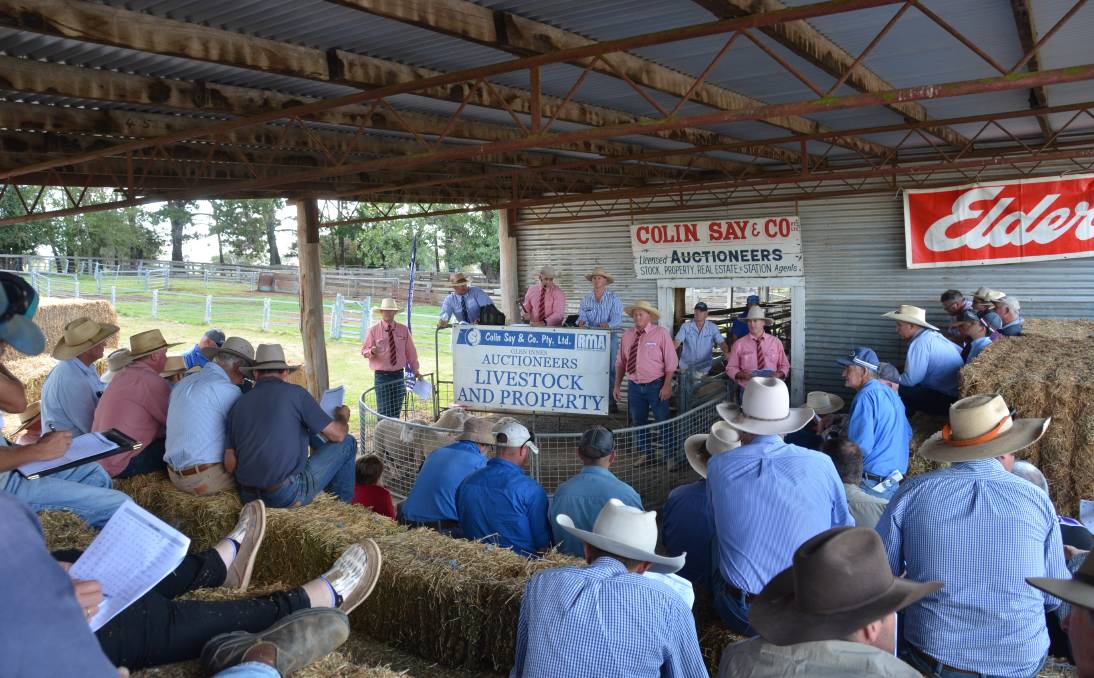 A huge crowd was in attendance

The volume buyer of the day was Richard Gleeson of Elders Inverell purchasing for repeat buyer Jeff Bucknell, Bucknell Grazing.

"The rams we selected were high indexing, had a low birth weight and structurally sound," he said

Mr Green was a 10 year supporter of Yasloc who loves the weight for age of the lambs and value for money he always get on offer at the sale.

"I bought rams with low birth weight, weight for age with an opened face and great feet," he said

Vendors Nick and Andrew Say were thrilled with the result and wanted to thank all new buyers along with a huge amount of repeat buyers.

The sale was conducted by Colin Say and Co Glen Innes and Elders Guyra.