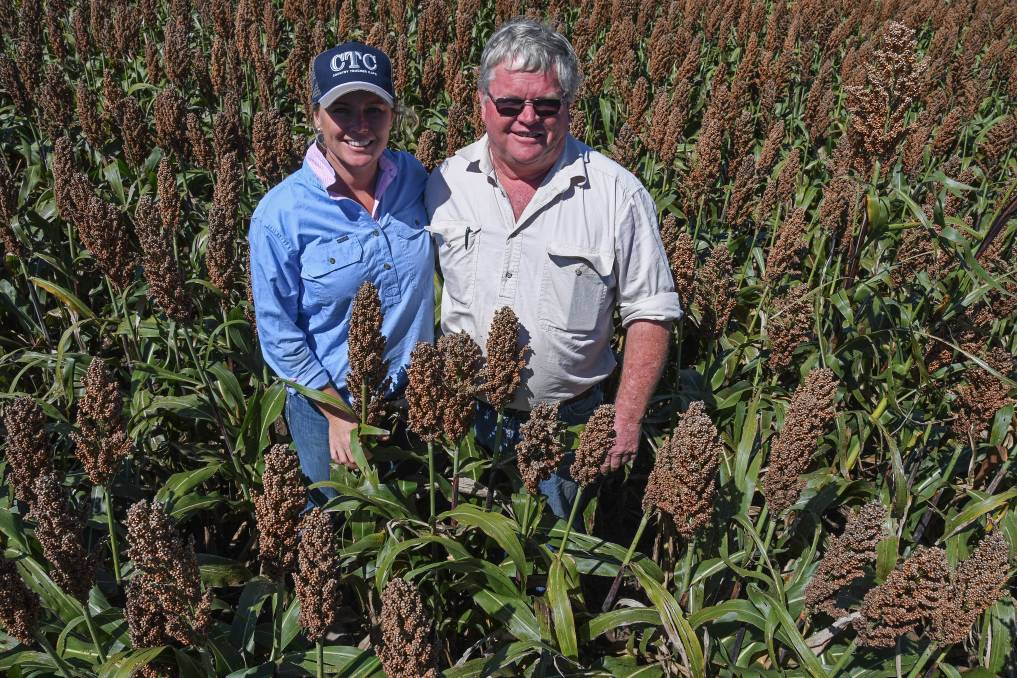 Where to now for growers after HS-114 leaves the market?

IT has been one of the most popular varieties of sorghum in the state and has arguably achieved its greatest yields on the eve of being discontinued.

First launched onto the commercial market in 2013, Heritage Seeds 114 variety (HS-114) has been a popular choice for growers across the state, however it will now be phased out.

Despite HS-114's life cycle ending, growers on the Liverpool Plains in the state's North West have sent the variety off in style with bumper yields expected to be as high as 10.9 tonnes per hectare.

One such producer who will be sad to see HS-114 go is Simon Thompson of Bundella Station, Bundella, who said the variety was "always an outstanding performer".

"We've planted it four times in the past six years, it would of been more if not for the drought, and it has always performed quite well," Mr Thompson told The Land.

"It's always performed really well for us here and I know there are quite a lot of people across our district that have been using it for a long time too.

"I know which variety you plant really comes down to what works for your area, but there's no doubt HS-114 worked really well for us over the years."

The variety's benefits were on full display during the recent Premer Field Day, where the top three ranked crops were all HS-114 and the eventual winning crop was predicted to yield 10.9t/ha.

"Historically, the variety has always done quite well but never really been up there as the winner," Mr Thompson said.

"However, I think this year really proved the benefits it's got and may have even changed the way some people think about it as a variety.

"It's a shame it's going but I think this is the best possible send off we could have given it."

Mr Thompson said he was not sure what variety of sorghum he would focus on for next season.

"From what I know there has been a few guys who have hung onto to some HS-114 seed, but not too many," he said.

"Hopefully that seed should be fine for those guys but as for us, we will have to do a bit of looking around to see where we go from here.

"For a long time we used a Pacific Seeds variety before going with the HS-114 so changing it up is the natural order of things I suppose."

Barenbrug (which is current version of Heritage Seeds) Northern NSW territory manager Nathaniel Brazel said the company was busy developing the next generation of its sorghum varieties.

"HS-114's life cycle may have come to an end but the bright side is we are involved in the New Seed sunflower and sorghum breeding program, which has given us some depth in our program to develop some varieties ourselves," Mr Brazel said.

"We're stepping into a program that has already got a fantastic breeder attached to it, so there is going to be plenty of good stuff coming out of that.

"After having HS-114, when we do come back out into the market, producers are going to be familiar with what we are all about and in turn will be hopefully quicker to uptake what we have to offer."

Mr Brazel said it was unlikely many producers would have kept excess seed to plant next season.

"With the shortage of seed last year, I think you'll be struggling to see any leftover," he said.

"I think whatever was leftover probably ended up in the paddock this season, there may be the odd paddock here and there, but I don't think there will be too much on a broad scale next year.

"From that perspective, as a variety, it really went out with a bang."