Some weeds are useful feed for livestock while others are baddies needing full control or eradication. Bob Freebairn discusses some and what's been achieved on the family's Purlewaugh property. Blue heliotrope, a deep rooted perennial, that if not contained, can be a very difficult weed to eradicate. It is very competitive against pastures and can be poisonous to livestock.

THERE are dozens of different weeds on most properties, especially grazing farms. And certainly one would go broke trying to eliminate all. Best approach, assess which weeds are most damaging, or likely to be if not controlled or eliminated, and which ones can be comfortably lived with, even perhaps with a few occasional reduction strategies.

No two farms will rate weeds in the same control priority. On our property we work hard on some weeds, less on others, and don't worry about many of them. If you don't want a potentially troublesome weed (it's important to identify which ones may be in your area) clearly it is high priority to eliminate them quickly before getting a hold . 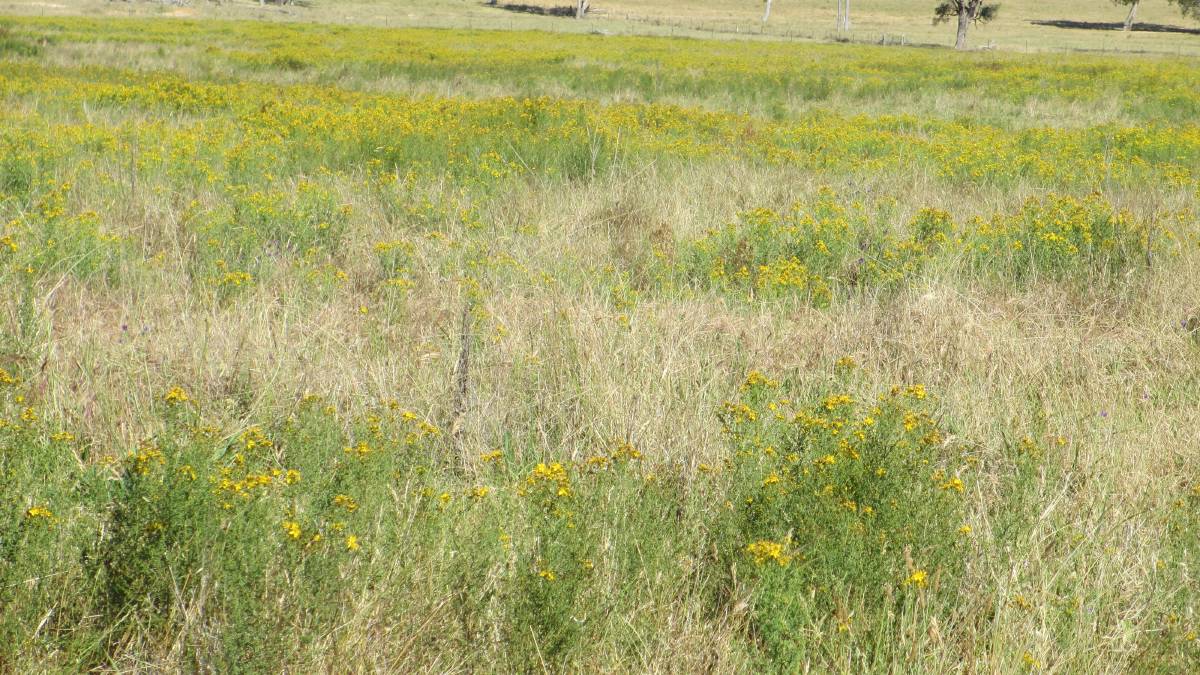 St Johns wort, if allowed to get away can be a costly and difficult weed to eradicate. Also very competitive against pastures.

One of the worst in much of NSW, especially on lighter medium soils is the perennial blue heliotrope. It is a deep rooted summer grower and very competitive. It's also poisonous, a real issue in dry times when feed is scarce. Extensive infestations are a real challenge to eradicate.

We have kept on top of new infestations, possibly brought in via water movement or native and feral animals, but mainly detected relatively early. Small isolations, if well away from trees and gullies, can be residually controlled by Tebuthiuron (Graslan pellets), with periodic inspections on possible adjoining establishment from residual seed.

To control large infestations use a cropping phase with regular glyphosate fallow management, then sowing down to a long term persistent tropical grass works well. 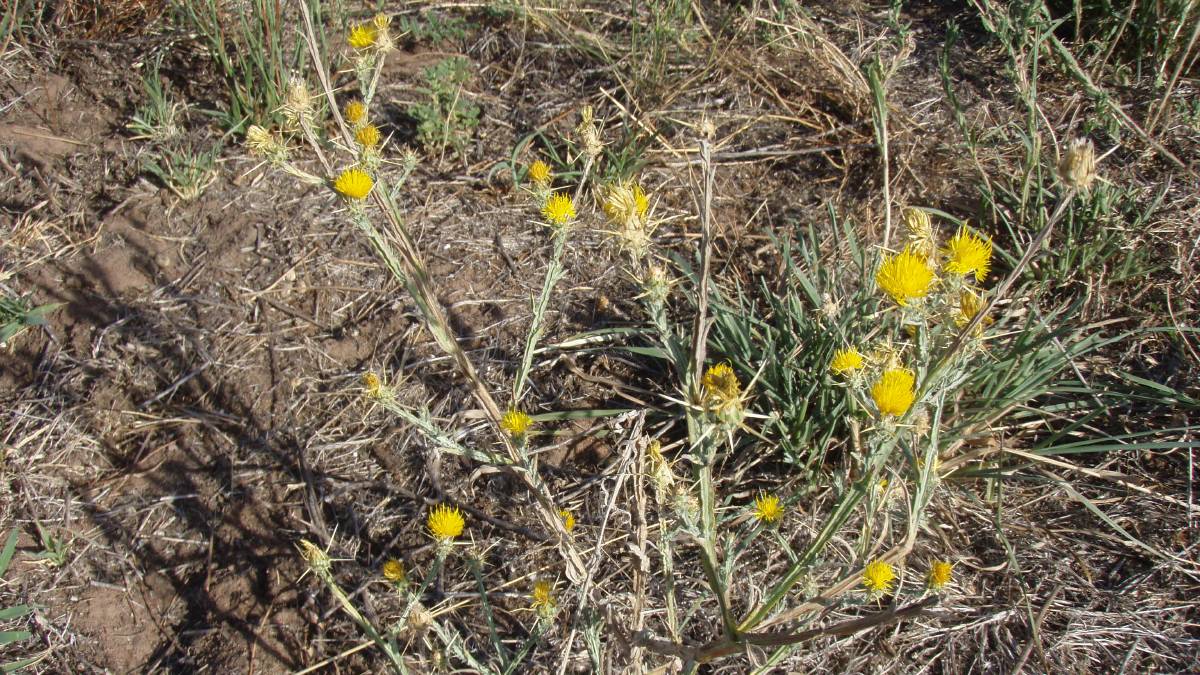 St Barnabys thistle, a weed worth eradicating before it gets out of control. Once widespread use control strategy to minimise rather than eradicate may be best approach.

We don't have St John's wort but it's in our district and another perennial weed worth eliminating before it's a problem. On many properties it is now near impossible to eliminate. On arable country a cropping program followed by sowing down to an aggressive pasture is a sound strategy.

St Barnaby's thistle, if out of control, is another weed one would rather not have and an eradication program is good policy for new infestations. It was accidentally introduced to our property a few years ago via pasture seed contaminant, as well as from off road infestations, and we have worked hard at eliminating via regular paddock scouting during flowering stage. We still find the odd plant each spring, we have so far contained it and hopeful of elimination.

St Barnaby's is a far worse weed than saffron thistle and harder to contain. Control is relatively straight forward in arable paddocks but difficult in non-arable lands. Hormone herbicides plus some others are good for in-crop control, but can be damaging to winter legumes. One plant can set thousands of seeds and some of that seed will stay viable for several years.

Many weeds can actually be useful for grazing. Fleabane, a difficult cropping weed with herbicide resistance characteristics, often is grazed. Where pastures are strong, grazing combined with competitive pastures can be good control. Sorrell, a common acid soil weed, can also provide useful grazing. Peppercress, one of the broader mustard group, has been especially common post drought. However of feed value.

Summer weeds like Bathurst and Galvanised burr, thornapple and others are obnoxious plants and generally not palatable. Their main habitat is where competitive summer growing pastures, even native ones, are very poor or don't exist but rarely seen in tropical grass pastures or strong native grasses, except around troughs, dams and gateways. Paterson's curse generally is well controlled by deliberately released "natural predators". But predator numbers may have been greatly reduced by recent droughts and may take some time for repopulation.

Nothing gets more press that low palatability perennial African lovegrass. Like landholders having perpetual reinvasion from public roadsides, our control has several strategies. Heavily infested areas are gradually brought into cropping for three years with a strong glyphosate fallow control combined with winter crops. After three years tropical grass is established and has proven good at minimising reinvasion. In paddocks yet to be cropped ensure winter legumes are part of the pasture and address soil deficiencies. African is usually well used by livestock.

Weed control programs are an integral part of a farm business and need to be well assessed.