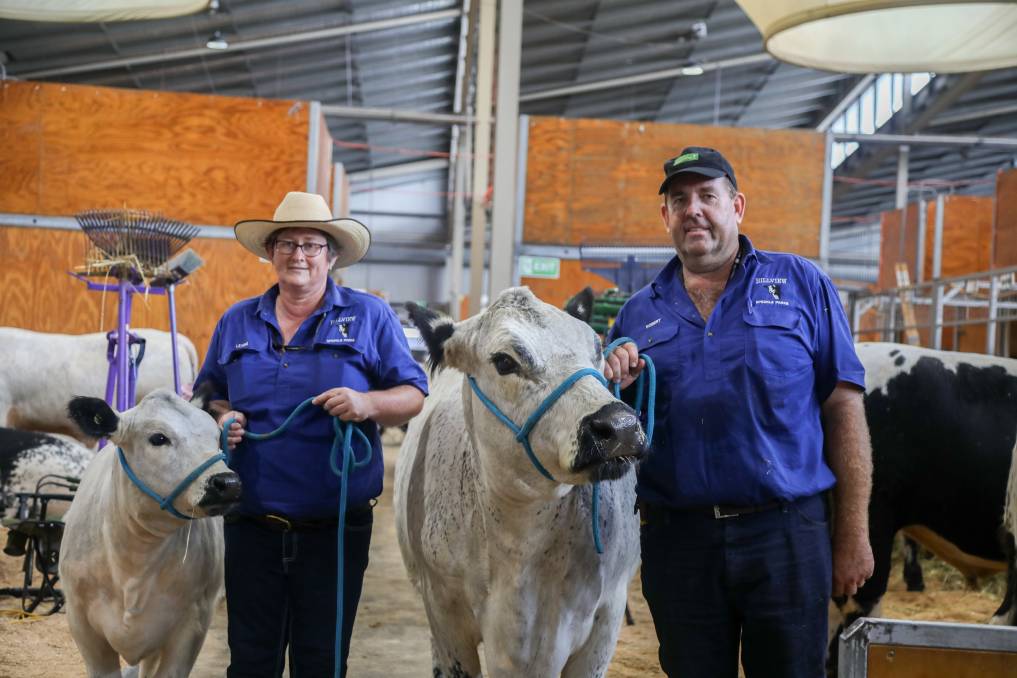 The rising 11-year-old attended her second ever show.

They say age is just a number and one Speckle Park cow didn't let it stop her from making her Sydney show debut at almost 11 years of age.

The uncapped female classes in the Sydney beef cattle judging allow exhibitors to showcase matrons of their herd which was exactly why Robert and Leanne Bendeich of Hillview Speckle Park in the Hunter Valley decided to show Hillview Freeway F3 and her eight-month-old heifer calf, Hillview Fantasia.

Even more impressive was the fact Freeway had only been halter broken 18 months earlier and Sydney was her second showing experience after making an appearance at Maitland a month ago.

The proven donor cow hadn't previously aligned with a show appearance until now.

"This year was originally going to be the Speckle feature breed year and she had calved down again just in time to be here for the feature breed," Ms Bendeich said.

"She mightn't be in the first blush of youth but she is very, very sound."

Having given as many as 12 eggs for artificial breeding in one go, she was purchased as an embryo at the first Speckle Park sale in the country.

Ms Bendeich said she had been a huge influence on their herd.

"We have owned her since 2010 when she was born and she has never ever had a natural bull calf so she is probably one of the biggest maternal lines in the herd," she said.

"Because it was originally going to be the feature breed we just wanted to show the depth of our maternal line.

"And for the age that they can still be shown," Mr Bendeich added.