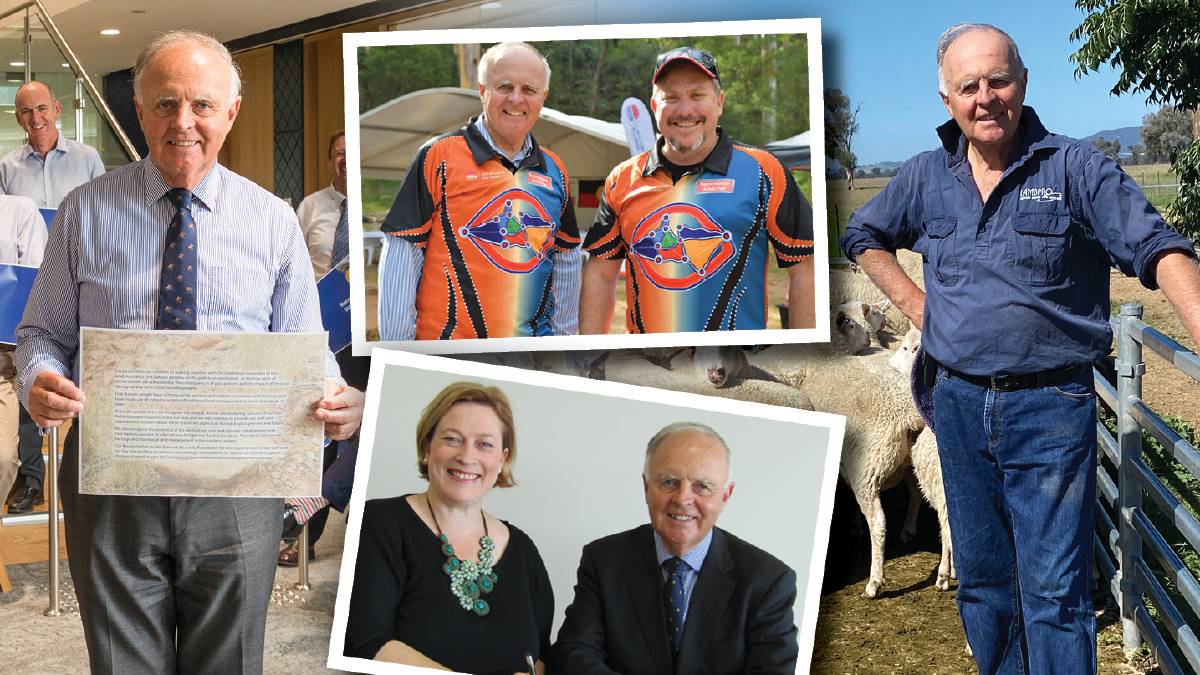 After serving 16 years as a member of the NSW Legislative Council followed by a rural consultancy career for the past 21 years, Richard "Rick" Bull retired last week as chair of the state's Local Lands Service board.

THE ABILITY to smooth the waters of one of the most controversial issues that came to boiling point in the early 2000s, Ovine Johne's Disease (OJD), is an accolade Richard (Rick) Bull deflects modestly.

They may have been some of the hardest days in his career outside the rough and tumble of NSW politics where he spent more than 16 years as a Member of the Legislative Council for the National Party in and out of coalition government.

But the OJD policy review, then post review, were just two of many jobs Rick Bull performed during his consulting years post-parliament which included reviews of the Rural Lands Protection Board structure and rating system.

As chairman of Water for Rivers, a public company formed to fund infrastructure projects to return water savings to the Snowy and Murray rivers Mr Bull oversaw the funding of projects totalling $450 million in 10 years which saved 320 gigalitres of water for the Snowy River, 35Gl more than the required target.

Other consultancies included investigations into the policy of Queensland Fruit Fly and three for Meat and Livestock Australia - inaugural chair of Sheep Genetics Australia establishing the new model for MERINOSELECT.

A Beef Genetics Review and Lamb Lot-feeding review were the other two.

However, Mr Bull's brilliant career as a 'Mr Fix It' on rural matters for both the Coalition and Labor governments after parliamentary service came to an end last Thursday when he retired as Chair of the Local Land Services board after four years service.

An inaugural member of the Murray LLS board in 2013, he acted as chair for two years before being asked to step up to chair the organisation in 2017.

In that time he presided over LLS through testing times for customers and staff, including devastating drought, bushfires, floods and the COVID-19 pandemic.

Mr Bull said there were certainly some great highlights of his tenure.

"We started off with huge financial problems and when I joined the board as chair of the Murray LLS we were running pretty big deficits, but we managed to pull that around in the first year I was chair, but I can't take the credit for that," he said.

He was full of praise for the state board's chief executive office, David Witherdin.

"He was quite amazing really," Mr Bull said.

"He and I worked off each other during these past four years."

Before Mr Bull took over the chairman's role the LLS had been set up as an executive chair position and not a corporate governance structure, Mr Bull said.

"The chair was also the executive officer a position hard to fill, and I considered set up to fail.

"It wore out three executive chairs in three years."

However Niall Blair separated the roles during his Primary Industries ministerial tenure.

Praise of Mr Bull's achievements have been received from within and outside the LLS family with LLS CEO David Witherdin saying "Rick" had been an absolute asset to the organisation, leading with dedication and a clear passion for rural NSW and its communities.

"His commitment and drive to improve agriculture production and natural resource management has helped LLS to become the trusted organisation we have today," Mr Witherdin said.

"Rick worked hard to get to know everyone at LLS, so it's with incredible gratitude that we wish him goodbye and wish him well in his retirement."

South East LLS board chair, Allison Harker has been appointed acting chair until a permanent chair is appointed.

NSW Landcare chair, Stephanie Cameron, said Mr Bull had been an absolute privilege to work with and a wonderful advocate for grassroots community Landcare.

"His leadership has been instrumental in co-delivering the $22.4 million NSW Landcare Program, which has helped unlock the potential of our 60,000-strong volunteer network across NSW," she said. "He has a genuine commitment to the betterment of regional communities and his presence at LLS will be sorely missed."

"Richard has made a great contribution to agriculture after a long and illustrious career. He played a key role in bringing together the CMA and LHPA into one organisation that is now the LLS and engaged with NSW Farmers throughout the process," Mr Jackson said.

"I think he has helped build a better organisation that works closely with farmers and I wish him all the best for his retirement."